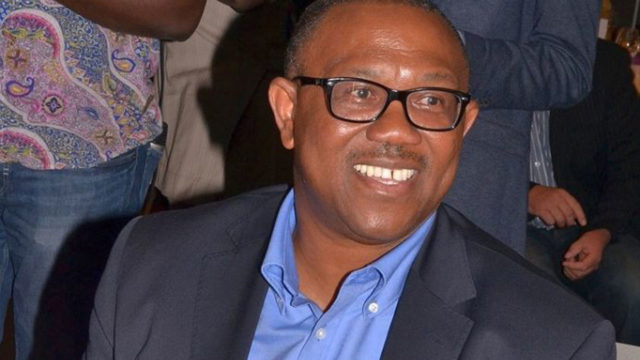 Nigeria is in a dire strait and needs an economically-savvy leader to salvage it from the doldrums, according to the presidential candidate of the Labour Party, Peter Obi.

In an interview on Arise Television Morning Show on Wednesday, July 6, 2022, which was monitored in Lagos, Obi took a swipe at Nigeria’s political class whom he says plays the ethnic card instead of focusing on rescuing the country’s economy.

Obi said that Nigeria and its economy are in a coma and only barely survive.

According to him, the country will soon default on its debt servicing due to myriads of economic woes in the country.

Yesterday, we had an attack on the presidential convoy in Katsina, is it because a person from the South-East is in charge? Show me where you can buy food cheaper.”

“You have not talked about electricity, or people are prospering in the North because northerners are in power? In the South-West, because they are in power or in the South-East.”

“We have a huge problem and if you don’t know, this country will soon default on their debt servicing.”

Obi was speaking amid reports by the Debt Management Office that Nigeria’s debt profile has hit N41.6 trillion, having risen by N2.04 trillion in the first quarter of 2022, according to reports.

The DMO said with the increase in the country’s debt profile, its total public debt-to-gross domestic product (GDP) now stands at 23.27 per cent, as against 22.43 per cent on December 31, 2021, ThisDay report said.

The DMO, in a statement posted on its website, explained that the amount represented the domestic and external debt stocks of the Federal Government of Nigeria, the 36 state governments and the Federal Capital Territory. The comparative figures for December 31, 2021, were N39.56 trillion or $95.78 billion.”

Peter Obi is seen as a top contender for the Nigerian presidency in 2023 and is gaining popularity among young Nigerians popularly called obedience, a BBC report said.