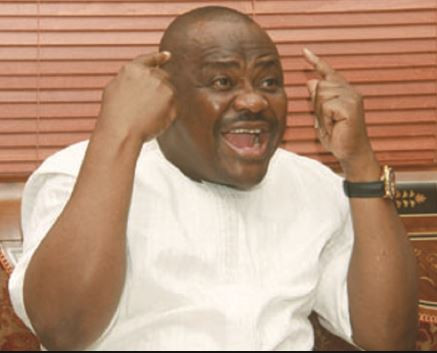 The PDP candidates won all the political seats in the March 9, 2019 governorship and state House of Assembly election in the state.

Briefing newsmen, on Wednesday, in Port Harcourt, the state PDP Chairman, Mr. Felix Obuah, stressed that with the alleged House of Assembly election results declared by INEC, where he said PDP cleared all the 26 seats, the governorship and the National Assembly results should also be declared in favour of the party’s candidates.

Obuah commended the people of Rivers State for their support to the party by electing its candidates in the elections.

Said he, “The outcome of the governorship and state Assembly elections of March 9, 2019 proved the love the good people of Rivers State have for our beloved party, the Peoples Democratic Party, PDP.

“You showed unparalleled love for our party by voting all the way for Governor Nyesom Ezenwo Wike and all our candidates for the National and state Houses of Assembly elections.

“The results from all polling units and constituencies where the elections were concluded have confirmed and reaffirmed to us that Rivers State is PDP; that PDP is our way of life in Rivers State. You have once again, reposed your total confidence in our party.

“As the chairman of the PDP, I wish to express and convey the gratitude of our party to the people of Rivers State for this wonderful show of love and support for our governorship candidate, Governor Nyesom Ezenwo Wike and the state Assembly candidates.

“I congratulate all PDP state House of Assembly candidates, who were declared duly elected to represent their respective constituencies by Rivers people.

“With 26 state constituencies already declared for PDP across the state, it is crystal clear that our governor, His Excellency, Nyesom Ezenwo Wike has been re-elected by the good people of Rivers State.

“I wish to assure you that from the results so far declared at the units across the state, the remaining PDP candidates, including Governor Wike, Senator George Thompson Sekibo and Hon. Betty Apiafi will also be elected on the strength of your votes.

“You courageously stood your ground despite the arrests, harassment, violence and horrific onslaught on our democratic rights by the combined gang of renegade soldiers and F-SARs personnel.

“I want to assure the people of Rivers State that the PDP will not take your support for granted.”

He urged Rivers people to be vigilant while expecting the declaration of the election results by INEC.

“Therefore, as we await the official declaration by INEC that our governorship candidate, His Excellency, Nyesom Ezenwo Wike has been duly re-elected in line with the peoples’ votes and overwhelming wishes, I urge the people of Rivers State to remain vigilant and continue to support our party”, Obuah added.