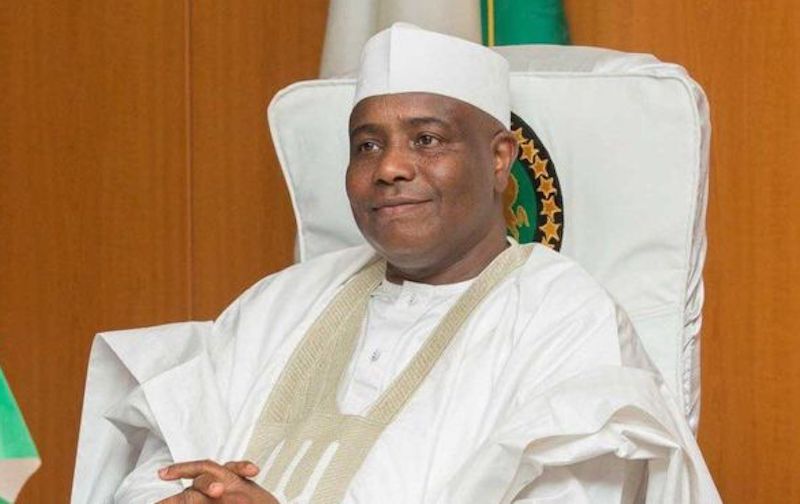 The People’s Democratic Party (PDP) has launched multi-pronged efforts to end the crisis ravaging the party.

This is even as the Director-General of its National Campaign Management Committee and Sokoto State Governor, Aminu Tambuwal, hosted the party’s Board of Trustees (BoT) in a meeting.

According toTambuwal, who is also Chairman of PDP Governors Forum, the governors on the platform of the party are unrelenting in their efforts to find amicable solution to the crisis rocking the party.

“I would like to thank the BoT Chairman, members and his team for this very important initiative. We all know that the BoT is the conscience of the party and whenever there are issues of this nature, the Board of Trustees steps in, it is part of their functions in the party, constitutionally speaking,” the governor said.

“We have engaged them and I believe that what they are likely to come up with will be a solution to the problem we have.

“Be rest assured that as governors of the party, we are also talking to ourselves on the way forward and very soon the Governors Forum will meet and we will come up with what we feel should be the solution and the way forward for the party.

“We are all interested in working together for an objective and that objective is for the party and Nigerians of good Will, because we believe we have had enough of the government of APC.

“We are working to send out APC and their government come May 2023, it is a collective responsibility. Of course, we must apply balms since we all believe that what we have is not good enough, we must work together to solve our internal problems, forge ahead and prosecute the electoral battle and by the grace of God we will have victory.”

The Chairman of PDP BoT, Senator Adolphus Wabara had earlier posited the PDP would be more United before the campaign starts.

He stated that the BoT would be meeting with Iyorchia Ayu and Atiku Abubakar, the party’s National Chairman and presidential candidate, respectively, as well as Ifeanyi Okowa, the running mate, and chart the way forward.

READ ALSO: http://Tambuwal takes over from Fayemi as NGF chair

“We are still moving around, in six days time, the campaign will be inaugurated. We hope and pray that before then Nigerians will see a more united PDP. We are doing this not for us, not for the Chairman of the Governors Forum or anybody, we are doing this for Nigerians.

“Nigerians are looking up to the PDP to deliver them from what we are experiencing with the ruling party as we speak.

“We are going to meet the National Chairman of the party, we will also meet our candidate Atiku Abubakar, we are also meeting the Vice Presidential candidate Ifeanyi Okowa, who will call upon us any moment.

“We have also met with some of the governors. We started from my state, Okezie Ikpeazu, we moved to Enugu to meet Ifeanyi Ugwuanyi, from there we met Seyi Makinde of Oyo, we met with Jerry Gana, and we are digging around to find solutions.

“We are looking for solutions for all of us to come together and win the election in flying colours.”

The PDP has been struggling to extricate itself from the crisis that trailed the emergence of Atiku Abubakar, as its presidential flag bearer and his choice of Okowa as running mate much to the chagrin of Rivers governor, Nyesom Wike, the arrow head of the campaign to remove Iyorchia Ayu as party chairman.