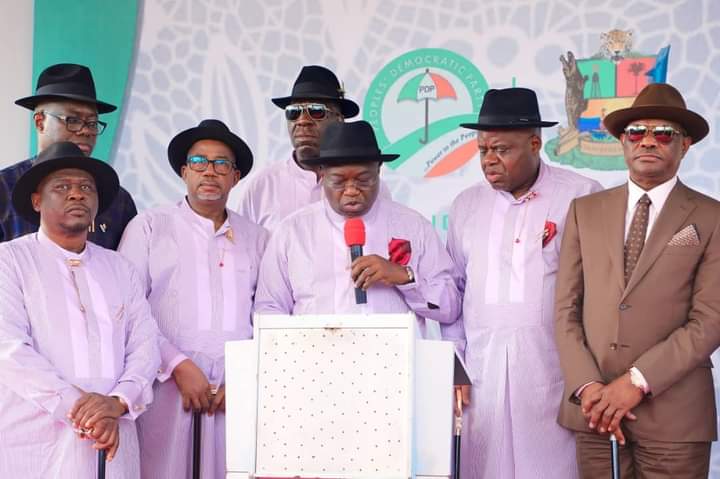 Governors elected under the platform of the Peoples Democratic Party (PDP), have urged President Muhammadu Buhari to immediately sign the Electoral Act Amendment Bill into law saying that the document would give the nation a reformed Electoral framework.

In a communique at the end of the PDP Governors’ Forums regular meeting at the Bayelsa State Government House, in Yenagoa, the governors suggested that If there are still misgivings on any aspect of the Bill, Amendments may be introduced at a later stage.

The governors congratulated the PDP for winning 43 out of 62 Councillorship positions in the Abuja Area Council election just concluded.

They, however, expressed worry that in spite of improvements in the conduct of elections, the Gwagwalada and Abuja Area Council results allegedly show that manipulations are still possible.

They urged INEC to close all observed loopholes and further improve the functioning of the BIVAS Machine for future elections.

The governors expressed their displeasure on the issue of contaminated Fuel supplied to Nigerians and urged the federal government to bring perpetrators to account.