PDP crisis: Why Ayu must go, by Bode George 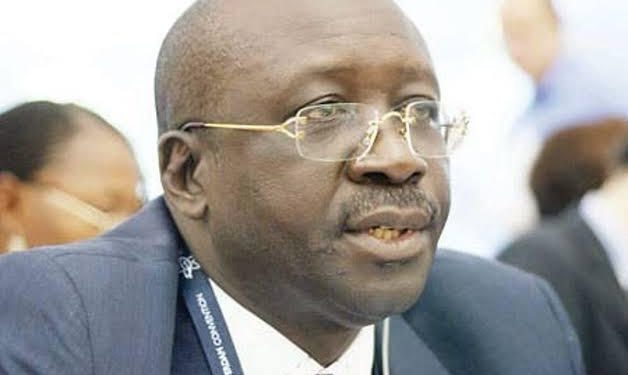 Chief Bode George, a former deputy national chairman of the People’s Democratic Party (PDP) has lent his voice to the calls for the resignation of Dr. Iyorchia Ayu, the Party’s national chairman.

He attributed his support on the need to ensure equity in the party, which will help the PDP in its quest to win the confidence of Nigerians in the 2023  general elections.

Speaking on The Morning Show of Arise TV on Friday, George noted that having been part of the party’s system for long, he believes that the call for Ayu’s resignation was in line with the constitution.

He added that even Ayu had promised to resign as chairman of the party if a northerner was elected as its presidential flag bearer.

The elder statesman said: “We are saying we are on the disadvantaged side and let us look at it holistically. We want to win this election and the popular saying is he who comes to equity must come with clean hands.

“For us to convince Nigerians, we must also put our house in order and ensure we are structured in a way we can convince Nigerians as the right party to take over in 2023, The PDP constitution is in support of this.

“I remember that Dr. Iyorchia Ayu said pointedly that if the Presidential Candidate emerges from the North, he would resign for a new National Chairman to emerge from another zone before the presidential campaign starts.

“The other three positions are futuristic. It is only when we win the elections that we will fill these positions namely: the Senate President, the Speaker and the Secretary to the Federal Government.”

He frowned at a situation where the party’s presidential candidate and national chairman come from the North, saying such cannot continue to stand.

“As a result of the need to have inclusiveness, oneness and togetherness, it does not make any political sense for the Presidential Candidate and the National Chairman to come from the same zone. Now, we have a situation in which some elders are saying ‘it does not matter’. Can we go into the election with Alhaji Atiku Abubakar and Dr. Iyorchia Ayu, from the same zone, leading our National Campaign?

“This will be an affront, an impunity, and an insult to the electorate and party members from the South.”

2023: PDP at Precipice with Ayu’s refusal to resign – Bode George