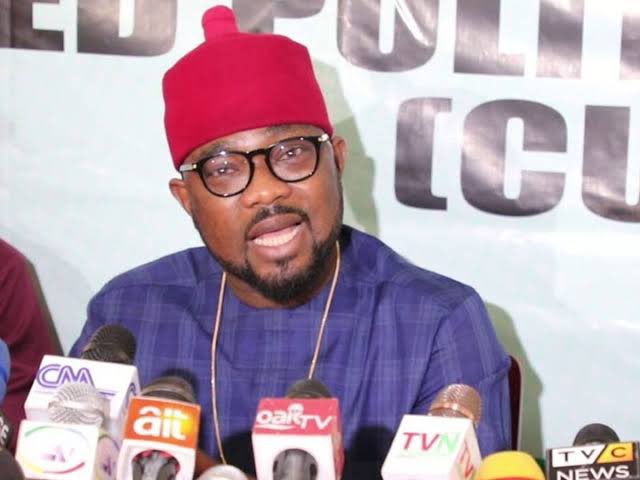 The Peoples Democratic party (PDP) has condemned the arrest and continued detention of spokesman of the Coalition of United Political Parties (CUPP), Mr. Ikenga Imo Ugochinyere, by the Nigeria Police.

In a series of tweets, from PDP’s verified twitter account, @OfficialPDPNig, the opposition party claimed Ugochinyere was being “detained under very dehumanising condition where he is also allegedly being tortured” by operatives of the State.

The PDP statement read thus, “The PDP demands the immediate and unconditional release of the Spokesperson of the Coalition of United Political Parties  (CUPP), Ikenga Imo Ugochinyere, by the police.

“The party decried the arrest of the CUPP Spokesman, in defiance of a subsisting court order barring such, as a direct affront to the judiciary, an assault on our democratic practice and a violation of Ikenga Imo Ugochinyere’s rights as guaranteed by the 1999 Constitution  (as amended).

“In demanding his release, our party is deeply worried by reports that the CUPP spokesperson is being detained under very dehumanising condition where he is also allegedly being tortured.

“The PDP insists that, without prejudice to the issues between the leadership of the House of Representatives and the CUPP, for which the two parties were before a court, resorting to using the police to arrest and detain the CUPP spokesperson, in defiance of the orders of the court, is completely unacceptable, unlawful and cannot be justified under any guise whatsoever.

“Our party charges the Presiding Officers of the APC-led House of Representatives to note that Nigeria is a democratic state, governed by law which creates no space for the whims and caprices of dictatorial, oppressive and vindictive individuals, who has no regard for rules.

“The APC leaders in the House of Representatives should therefore respect the sanctity of the judiciary and the provisions of the law by following due process in dealing with issues, particularly those guaranteed by the constitution.

“The PDP, therefore, calls on the Inspector General of Police to wade into the matter, insulate the police from the political manipulation of the APC leadership, by immediately ordering the release of the CUPP Spokesperson, in keeping with the demands of the tenets of democracy, rule of law and provision of 1999 Constitution.”

Buhari rejects UK report on ‘genocide’ against Christians in Nigeria