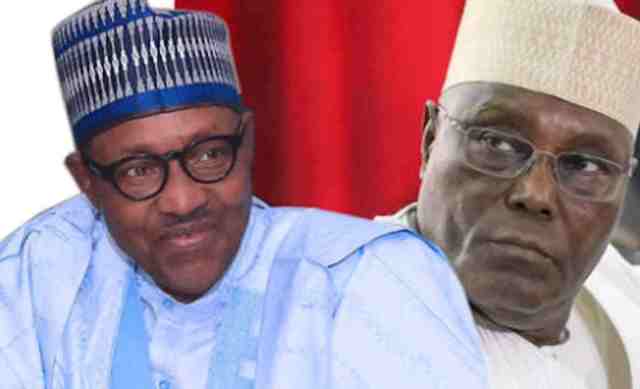 PDP and Atiku had headed to the apex court, following the dismissal of their petition by the Presidential Election Petitions Tribunal. They had approached the Tribunal with the aim of overturning the result of the election, as declared by the Independent National Electoral Commission, INEC.

The Presidential Election Petitions Tribunal in a lengthy judgement, spanning nine hours, had unanimously dismissed all the three claims of Atiku; that the election was marred by irregularities, that he received more votes than Buhari and that the president did not have secondary school certificate, a basic requirement to contest the election.

But the seven-man justices of the Supreme Court, led by the Chief Justice of Nigeria, CJN, Justice Tanko Muhammad, delivered their ruling in a three-sentence judgement, less than an hour after the court took arguments on the appeal.

Apparently explaining why the duration of the judgement was so short, the CJN said he and other members of the panel had read all the documents and exhibits filed in the case for two weeks and found the appeal to be lacking in merit.

The court verdict was a big blow to the PDP and Atiku. It means that the opposition party would be in the political wilderness again for the next four years.

The former vice president could not hide his disappointment with the outcome of his case.

“The judgement is part of democratic challenges we must face as a nation. The Nigerian judiciary, just like every estate of our realm, has been sabotaged and undermined by an overreaching and dictatorial cabal, who have undone almost all the democratic progress the Peoples Democratic Party and its administrations nurtured for sixteen years, up until 2015.

“Can Nigeria continue like this? Recently, former United States Assistant Secretary of State for Africa, Linda Thomas-Greenfield, averred that Nigeria had rolled back the democratic gains she made in 2015.

“When democracy is rolled back, the economy, the society and the judiciary will not be far behind. Today, the nail has been put on the coffin and the gains we collectively made since 1999 are evaporating, and a requiem is at hand.”

But analysts believed that rather than blaming the judiciary, Atiku’s team of lawyers bungled his chances at the tribunal if he had any.

A political analyst, who is also a lawyer told The Nigerian Xpress that the former vice president had no business going to the Supreme Court, following the way his case was handled by his lawyers at the tribunal.

According to him, all the experts and witnesses brought to the tribunal did more damage to the case in question.

“Was anyone really expecting a different result?” He asked rhetorically, adding that Atiku had too much money to waste.

“None of those SANs would have collected less than N100 million. An unqualified expert witness was presented as an expert witness. He killed their case! Most of the other witnesses gave hear-say testimonies. Documents sought to be relied upon were dumped on the court and not related to the case through credible witnesses.

“While I believe that the election was expertly rigged, Atiku’s truckload of SANs were mediocre, ill-prepared and inept. Sadly, the man who engaged so many cooks to spoil his broth, in my opinion, has more money than sense. Atiku was cheated by the system and the lawyers he engaged. Too many cooks spoil the broth. I doubt he ever heard that idiom,” he said

Barrister Debo Adeleke, in an interview with The Nigerian Xpress described the PDP as not serious over its reaction to the judgment.

He said: “You can only win your case by facts presented and evidence adduced, which is the position of law. The court is not going to look for facts or evidence to support your claim even when the court knows the truth. It is for you to prove your case before the court; it is not for the court to assist you. Don’t forget that everybody is watching, if the court tries to assist you, the other opponent will raise objection.

“Because the Supreme Court is not the one that actually did the trial, they were just there to see whether the conclusion reached at the Court of Appeal matched the evidences and facts given by the parties.

“To ensure that justice is upheld and there is no form of subverting justice so once the decision is not repugnant to justice and fair play, the Supreme Court would go ahead and uphold the decision of the lower court.”

Adeleke also noted that there were also insinuations that PDP and Atiku failed to call enough witnesses to support their claim.

“If you don’t have enough witnesses to corroborate your claims, whatever you are telling the court becomes hearsay and court will not take its decision on mere hearsay.

“It is because PDP failed to call enough witnesses to support their claim that is the reason the court cannot do otherwise. The court is not going to manufacture witnesses. Even If the fact is so obvious to the court, don’t forget that these judges are human beings, they can know the truth,” he added.

According to him, it was crystal clear that the election was not free and fair, adding, however, that it could be daunting to prove the allegation of rigging.

He noted that Atiku was wasting his time money by going to court.

“People knew some people just wanted to help Atiku to spend his money. There is no doubt Atiku could not have won in court. PDP has more states than APC, an indication that PDP won but look at results from Kano,” Adeleke said.

He added that APC outsmarted the PDP and its candidate during election, adding “instead of him to face reality; he went to court”

“For what? For a case that was dead on arrival? Some Senior Advocates of Nigeria wanted money and collected his money. It is the public money the man has cornered over time so they felt they should spend out of it. Most Senior Advocates are not helping matters. Some of them only think about money, defending what is not defensible.

In his own analysis, Barrister Akeem Aponmade also said that Atiku’s appeal was dead on arrival, adding that there was no way he could have won at the Supreme Court.

“He did not present enough witnesses and evidences at the lower court to prove his case, so it made the job of the Supreme Court easier. That was the reason the judgment was short.

“Also the spate of judgments coming from election petition tribunals, unfavourable to petitioners, is not surprising and shouldn’t shock anyone. For as long as the rules governing election petitions are the way they are, petitioners will continue to find it hard to successfully challenge election results even in instances of obvious stolen mandates.

“I want to highlight just two pertinent issues. First is the requirement that petitioners must establish that the election was not in substantial compliance with the provisions of the Electoral Act. How do you prove that as a petitioner? Did the electoral officers turn up at the polling station? Did they bring the voting materials? Did the electorate vote? Was the result announced? If your witness answered all these questions in the affirmative, you have only proved that the election was done in substantial compliance.

“Meanwhile, there could be 1,001 things that could have happened at that station during the voting, done in contravention of the Electoral Act, which corrupted the process and which ought to ordinarily invalidate the result of the election at that unit.

“The second is the prohibition of proxy witnesses. A petitioner is required to produce evidence and witnesses from every polling unit where voting irregularities occurred. And this he must do within 14 days. That you have front loaded the evidence is not sufficient. Your witnesses must be called upon not only to tender them but to speak to the evidence or else it will be regarded as dumping evidence on the court.

“Honestly, it appears to me that the law has skewed the table 49 percent in favour of the respondent in an election petition already. The petitioner is riding against the tide of the Electoral Act. He has a herculean task of surmounting all the hurdles,” he said.

Also speaking to The Nigerian Xpress, Hon. Adebowale Olasoji said the PDP will still remain a strong party beyond 2023, notwithstanding the fact that the opposition would have by then been out of government for eight years.

“I don’t see any political party that would be strong enough to displace either APC or PDP until at least after 2023. By 2027, we might see another party spring up. But for now, I don’t see anything beyond APC, PDP. There is no other alternative for now,” he said.

Olasoji also said that Atiku would be central to the survival of the PDP until 2027 because of the massive resources at his disposal.

But he said Atiku’s presidential ambition may have come to an end, going by the political arrangement in the country.

“He has no chance against anybody that may come out from the south west, be it Osinbajo or Tinubu. Nigeria is very fragile politically. Anybody that will come up to offset the north, south arrangement will be dividing this country permanently. Even those in the north at the end of the day will have to call him to order; that look, this is the time for the south.

“The Yoruba will not allow anybody to take their place. If the South-east keeps mute, the South-west will not keep mute. I am quite sure of that and we have very capable candidates, who will come out to contest. Even if there is no law as to power agreement between the North and the South, there is convention,” Olasoji said.