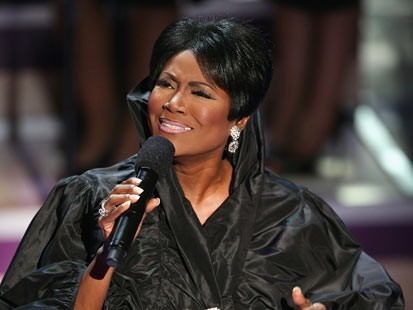 An American Pastor, Dr. Juanita Bynum, has been called out online for charging her members $1499 (N1 million) as a fee to teach them how to pray.

The Pastor also attached the packages included for the 4-week prayer session.

She shared this on Facebook with the caption, “The Prayer Institute, a four week 7 Session, in-person 2 hour intensive. Register Now!

She is the CEO of Juanita Bynum Enterprises, a multi-faceted lifestyle and empowerment product company based in New York.

Sanwo-Olu celebrates deputy, Hamzat at 58, describes him as…

Bynum was Born on January 16th, 1959 as one of five children from the marriage of Elder Thomas Bynum Sr. and Katherine Bynum.

She was born and raised in Chicago and received many starring roles in school productions such as, My Fair Lady.

After Bynum graduated from high school, she started preaching in nearby churches and at revivals. Gaining some recognition at this point, she began a series of what she calls “Lessons in Submission”.

In 1996 Bishop T.D. Jakes invited Bynum to attend one of his singles’ conferences, where she rose from attendee to speaker in two years. In 1997, she released “No More Sheets,” a video and audiotape series about her changed lifestyle.

In 2000, Bynum taught a class on the subjects of character, submission and time management at New Greater Bethel Ministries in Jamaica, New York, attended by a class of approximately 70 women. While teaching, her Women’s Weapons of Power Conference was organized. The Weapons of Power conference was held annually through 2006.

Sanwo-Olu celebrates deputy, Hamzat at 58, describes him as ‘committed partner’