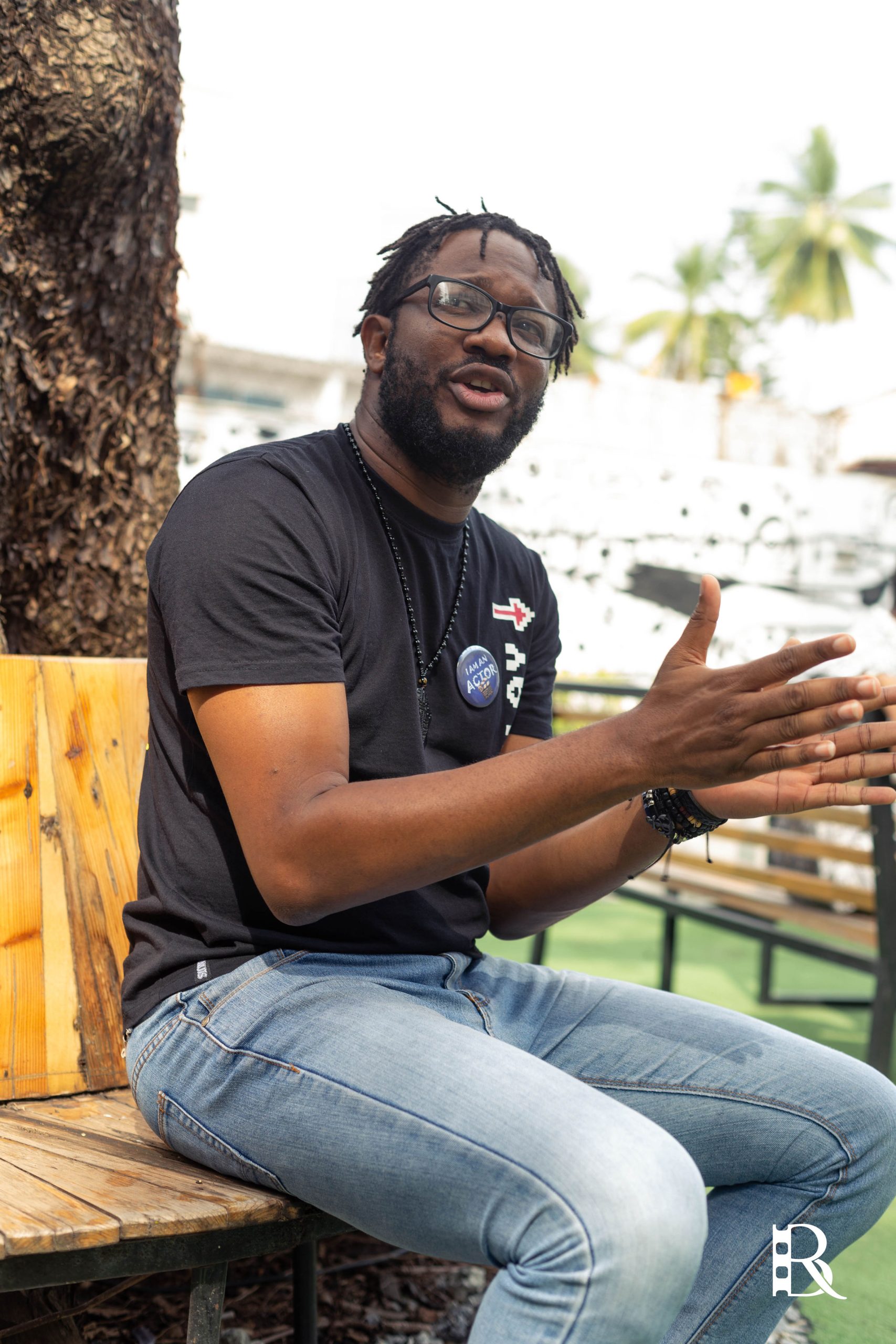 Share
James Omokwe, a Nigerian producer and founder of Feemo needs no introduction in the film industry, he is the  brain behind Ajoche and Riona showing on Africa Magic.
Explaining how he rose to fame, Omokwe said his Uncle’s widow mite of N50,000 raise his confidence to produce film after several disappointment by friends.
His words: ” I got to Lagos, had my company registered. I decided I just want to do film. I had written this film as a student at the  University of Lagos.
” I had no money, I didn’t know anybody, I just wanted to sell. What I had was drive. There was nobody that could tell me otherwise, mad drive was my push. So I decided on a list of my friends to call who could support me. None of them obliged me.
“There is one of my uncles who is like a father to me and I told him about the film project. He invited me to his house, and after knowing my intentions, went upstairs and comes with a cheque. He told me he was saving the money but since I desire to make a film, I should have the N50,000.
“So I called a friend of mine and said I don’t have money to do anything but all I can do is make do with what we have.
I told my team, let’s do a three minute clip of the film. Everyone was to contribute to make a three minutes clip of the film.
” We spent two days doing it. Even while I was doing it, one of the cameras we got had battery issue as the battery lifespan was about five minutes.So we spent two nights doing 3-4 minutes video on that clip. The clip was put  on Facebook, people saw and  liked it.
Related Posts

” To cut the long story short,  somebody gave me two million, $2million. Another person gave me N250,000 and we were able to raise 5million for the film but most of that money came from N50,000 that I planted.”
Stating that there is need for film makers to be dynamic and have the mind of humility, Ajoche and Riona producer reiterated that taking risk is critical to any success in life.
“For me it was TV and even after TV,  there were other places that I went to.From the beginning, 2010  I started out as I am going to die on this film directing, changed my career somewhere along the line, not necessarily my career but my career path for different reasons.
“First reason was that it wasn’t working and I needed to come out and look through another perspective or do the same thing I am doing from another angle.
“However, working with television,I am happier and more fulfilled because I am doing exactly the things that I wanted do- tell stories, living my dream and also making money from it. He said.
To filmmakers, Omokwe reiterated that: “As filmmakers, we need to be innovative and adapt to the realities of the times.”
The renowned filmmaker also urged growing filmmakers to allow themselves to be groomed and mentored.
He said: “If acting gigs don’t come, they should try their hands on other roles as crew members, for instance – production, editing, directing, etc rather than hold on to their “actors ego” – ‘I am an actor and acting is all I do,” he said.