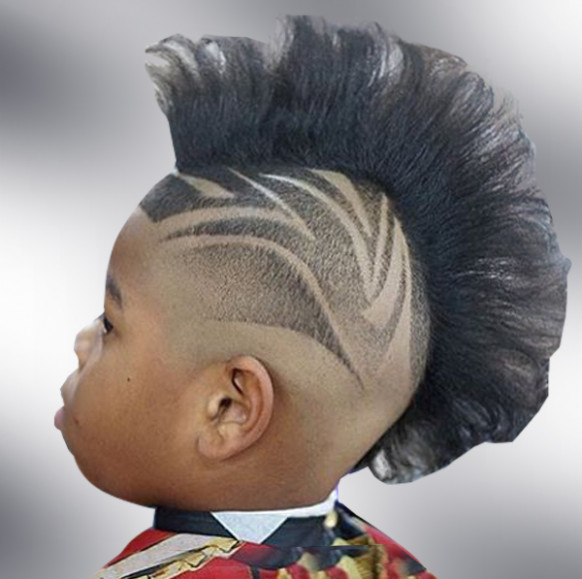 Some of the parents and teachers told the News Agency of Nigeria (NAN), on Friday in Lagos, that the phenomenon which they described as “indecent”,  was gradually becoming a norm in schools in Lagos.

According to some of them, the relevant authorities must place a check against certain indecent acts in schools, which should include hair cut inspection on male and female children.

“Our parents should check what our children want for themselves, they may love to move with the trends without knowing the moral status of their actions.

The schools also must stand their ground to check these so called trending fashions that come up intermittently because they tell a lot on the image of the school,” said Orji.

She said: “when we discovered a trending haircut called, Galax on our children, we immediately sent out a notice to the children and parents, asking them to have their children’s hair cut again”.

Mr Temidayo Omodelabu, a businessman in Surulere told NAN that people have negative impressions on those who carry such haircuts.

“When you see those students who have these so called trending haircuts, the first expression you get is that they are not from responsible homes.

The father of three children said, “religiously, it is wrong. A  housewife, Mrs Towo Adeleke, told NAN that she sent her son back to the salon to re-cut his hair when she noticed a strange style.

“I did allow him sit down. I immediately sent him back to the barbing salon to cut the style he said was called Obama. I blame mothers who see  these things and don’t act,” she said.

She added that such “strange haircuts” make these children look irresponsible and mostly portray them as  ex-convicts in the name of fashion.

Mr Arasiu Salaius, a parent, in Surulere, said: “my son can not be carrying those kinds of strange haircuts because I look at those people who have it as being a nuisance in the society.

“A good parent will not allow their children have those types of haircut, saying that it was cultists that go on such strange haircuts,” he said.

He advised school governments to set laws against those caught with such kinds of haircut in schools, so that they would be punished and that would serve as deterrent to others.

Similarly, Ayomide Abisoye, student of Adebola Baptist school, Shitta, in Surulere, told NAN that those caught in their school were sent home by the teachers and asked not to return until they have had a decent haircut.

Another student at Elite school in Ijegamo, Mary Okolie told NAN that the fashion is more in public than private schools who reacted immediately they noticed it on any child.

“In public schools, you’ll find funny strange haircuts because they are too many to be checked, but in my school, you cannot even try it because the teachers will send you back from the gate,” she said.

Meanwhile, an 18-year-old who owns Bablospenzeer Haircut saloon in Iyana Ipaja, Lagos, Ayomide Bello told NAN :”our business is to respond to what our customers want.

“Some of the trending styles popularly demanded are low skin fade with brushed up fringe, low bald fade with line up and buzz cut, comb over with part and high fade.