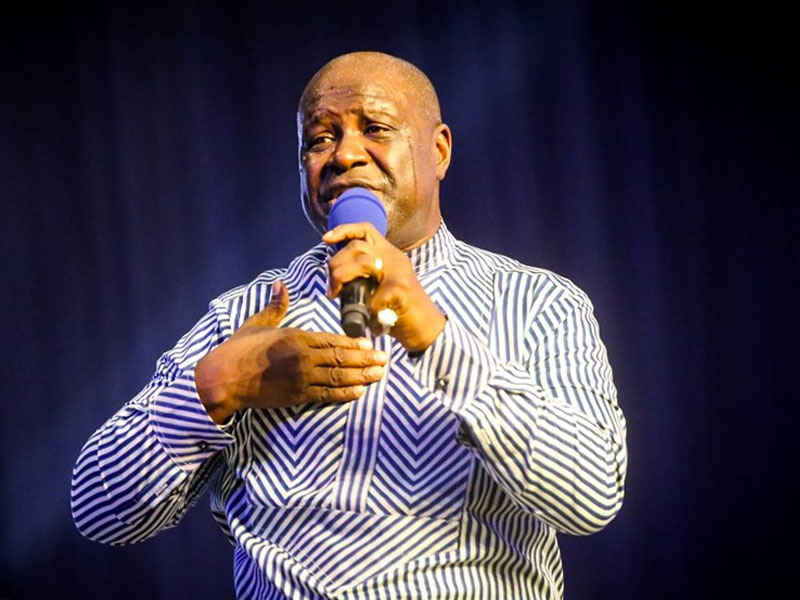 Nigerian Gospel Singer, Panam Percy Paul says about 22 artistes will converge on Abuja for a praise festival to promote unity and peaceful coexistence among the people of the middle belt region.

Paul, who is the Convener of the festival, disclosed this at a news conference in Abuja on Wednesday, said the upcoming middle belt praise festival would hold from October 18 to October 20.

He noted that the festival was to serve as a platform where people from the region could come together irrespective of their political, cultural, ethnic and economic differences.

According to him, the festival has become the incubator through which God wants other visions and ideas in the region to be birth.

”For years, so many people saw the middle belt as tribe, which is to come together, but the middle belt alone is made up of over 600 different tribes, so when you try to unite such a people, it becomes very difficult because so many parameters divide us.

”I think the Lord Jesus just raised us right from the very beginning to emancipate this region.

”We are Christians, we can’t deny that and we can never downplay our faith and I discovered that it is not possible for the middle belt region to come together under politics, tradition or economy, but under one single denominators that binds us together.

”We, therefore, want to use this medium to invoke the power of God to unite us as one,” he said.

Paul, therefore, said that over 300 Christian traditional rulers had been reached to get to the over 600 tribes in the region on the need to bring them under one umbrella to promote unity in the region.

He added that the festival, which would henceforth be an annual programme, would also be taken to other states within the region.

Also, Rev. John Ornguze of the Christian Centre Ministries, said the enemies was bent at destroying the call of God in the middle belt, urging Christians in the region to rise up and ensure unity of purpose to move forward.

”It is now left for us to come together to see to it that the dream of God upon the region did not go unfulfilled.

”The festival will therefore be a forum where Christians can come together and propagate the ideals that will hold us stronger and united,” he said.

Mr Jonathan Tsaku, Liaison Officer, Middle Belt Forum, said there was need for the people of the region to go back to God for reconciliation so that He could eliminate the problems that divide the region.