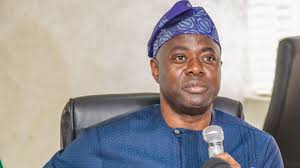 The arrangement of out-of-court settlement in the ongoing rift between the Oyo State Government and the sacked local government councils has suffered a setback.

It was gathered that both parties were unable to agree at the first meeting on Monday.

The meeting, held at a location in the state capital, at about 3:00p.m, on Tuesday, did not last long as expected.

It was learnt that although the meeting began on a note of conviviality between members of the two negotiating teams, it hit the rock when the team representing the sacked councils and the All Progressives Congress (APC) requested a position paper from the government team to guide the negotiations.

It was also gathered that while the state government team went to the meeting without a position paper, the APC team did.

The position paper is meant to give details of what each party wants in a case and the reason behind its request. It helps each party to have a clear understanding of what the other party wants and why.

READ ALSO: http://JUST IN: Sowore to be re-arraigned on fresh charges Thursday

The APC team insisted that it would not go into any negotiation without a position paper from the government team. Consequently, the meeting was brought to an abrupt end.

The state government had announced at the last hearing last week that it would opt for an out-of-court settlement on the lingering political crisis, which had crippled governance at the local government level in Oyo State since May 29 last year.

It appealed a High Court judgment which restrained it and the House of Assembly from sacking the elected local government councils. There is also another suit at the state High Court on the crisis.

The case was adjourned till today (Wednesday).

Leading the government team was the Attorney-General and Commissioner for Justice, Prof. Oyelowo Oyewo. With him were Mr. Akin Onigbinde (SAN) and Mr. Kunle Kalejaye (SAN), among others.

The elected councils were sacked by Governor Seyi Makinde shortly after his swearing-in on May 29 last year.

The Oyo State chapter of the Association of Local Governments of Nigeria (ALGON) has accused Governor Makinde of ‘insincerity’ in the proposed out-of-court settlement.

In a statement by its chairman, Ayodeji Abass-Aleshinloye, ALGON said the governor had continued to demonstrate his insincerity in spite of its willingness to cooperate with him to move the state forward.

The statement read: “Sequel to the invitation by the Oyo State Government to the ALGON, Oyo State chapter for amicable resolution of the present political impasse in the state, ALGON representatives met the governor’s team on February 8, 2020, to find a common ground in resolving the political imbroglio in the state (ALGON had gone with a prepared position paper).

“ALGON demonstrated willingness in the interest of the good people of Oyo State and to release the grassroots from the cul de sac the present administration in Oyo State has plunged the state into in the last nine months by submitting its proposal to the government’s team, who was at the meeting surprisingly without a position.

“It is disheartening to inform the public that the government that proposed an amicable settlement treated same with levity and shenanigans and postponed the meeting to February 10, 2020 to enable the government take a position.

“But to our disappointment, the state government made a U-turn through its representatives and told the ALGON’s team that the governor was not willing to go on with the said negotiation again without proposing anything to the ALGON.

“To put the record straight, ALGON demands basically the restoration of all the elected chairmen, vice-chairmen and councillors back to their councils in line with the provision of the constitution of the Federal Republic of Nigeria, which guarantees their tenure.

“ALGON also assured His Excellency, Governor Makinde, of total support in moving Oyo State forward, but the governor rejected the ALGON requests and hands of fellowship extended to him by ALGON.

“It is now clear that the state government does not want peaceful resolution of the issue in Oyo State, but is rather playing the ostrich.

“Even while the purported negotiation aborted by the state government lasted for a short period, all the illegal caretaker chairmen embarked on looting the public funds unabated at the local government with the connivance of some unscrupulous bank officials and few officials of local governments to the detriment of the people at the grassroots.

But reacting to the ALGON’s allegations, the state government said yesterday that ALGON members were deliberately frustrating the planned out-of-court settlement of the crisis rocking local governments in the state.

Special Counsel to the Governor, Chief Bolaji Ayorinde (SAN), who spoke on the stance of ALGON members, in a statement, said that the sacked chairmen wrongly latched onto a script by the Attorney-General of the Federation, which he said lacked foundation in law.

JUST IN: Alausa RRS office up in flames