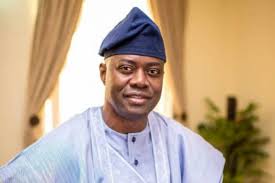 The Oyo State Governorship Election Petition Tribunal has admitted  the final written addresses filed by Seyi Makinde of the Peoples Democratic Party (PDP), Adebayo Adelabu of the All Progressives Congress (APC) and INEC in a petition challenging Makinde’s victory in the March 9 election.

The News Agency of Nigeria (NAN) reports that Adelabu and his party, APC, are challenging the declaration of Makinde by INEC as the winner of the election.

NAN also reports that Makinde, the candidate of the PDP, polled a total of 515,621 votes to  defeat his closest rival, Adelabu, who had 357,982 votes.

Other respondents in the petition are the PDP and INEC.

Adopting his final written address, the counsel to INEC, Akinolu Kehinde (SAN),  urged the tribunal to dismiss the petition for being grossly unmeritorious and lacking in substance.

READ ALSO: 5 killed in stampede at concert in Algeria

He said that the petitioners complained of irregularities in 1,334 polling units and only called 38 polling unit agents out of which majority of them confirmed that the election conducted by INEC complied strictly with the Electoral Act.

Kehinde said that it was the responsibility of the petitioners to bring at least one witness from the 1,334 polling units complained of and urged the tribunal to dismiss the petition.

Makinde’s counsel, Dr Omyechi Ikpeazu (SAN), said that the reliefs sought by the petitioners were faulty and evidences of the other witnesses not called amount to hearsay and urged the court to dismiss the petition.

Adopting his final written address, counsel to PDP, Nathaniel Oke (SAN), urged the tribunal to dismiss the petition on the ground of inadequacy of evidence and lacking in merit.

But the counsel to Adelabu and APC, Yusuf Alli (SAN) , urged the court to hold that the petition was meritorious and that other witnesses not called have their statement properly laid before the tribunal.

Alli said that under the law the number of witnesses called  cannot override what had been properly laid before the tribunal.

READ ALSO: JUST IN: Melaye reacts to his sacking by Tribunal

Alli said that there were massive electoral infractions in 28 out of the 33 local governments called and a document spoke for itself after being adopted.

He said that a certified true copy of a document could be tendered by anybody and not only the maker, urging the tribunal to find merit in it.

The three-man panel of the tribunal led by Justice Sirajo Muhammed commended the counsel for their cooperation throughout the proceedings, adding that a judgment date would be communicated to them.

In an interview with newsmen, Adelabu, who was present at the tribunal, called on his supporters to be calm and law abiding, saying victory would come their way.  (NAN)