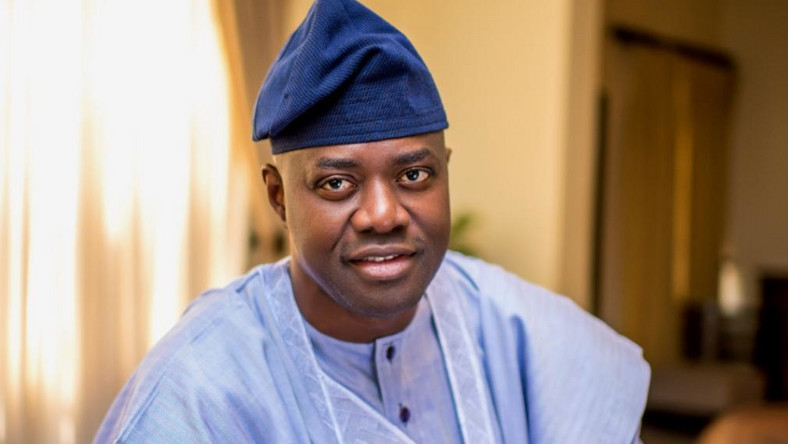 Governor Seyi Makinde of Oyo State, on Wednesday, announced that he has given approval for the recruitment of teachers into the State’s teaching service, noting that his government is re-engineering the education for “long-lasting positive results.”

A statement signed by the Chief Press Secretary to the Governor, Mr. Taiwo Adisa, indicated that the Governor stated this while speaking at the commissioning of a N50 million multipurpose hall donated to the Ilora Baptist Grammar School, Ilora, by an old student, Mr. Remi Oyekola.

The statement also quoted the Governor as indicating that the state government has not scrapped the School Governing Boards(SGBs) which manages the secondary schools.

Governor  Makinde also stated that he has approved running grants to schools adding that the funds must be lodged in the existing SGB Account of each school.

“The operational guidelines for the School Governing Boards, including the already established financial template and procedures must be strictly adhered to,” the Governor said, adding that any school without an existing School Governing Board should report to the Director of Schools, Ministry of Education not later noon of Friday, October 25, 2019.

He said Government has put in place a policy of free education and no principal should compel any student to pay any illegal fee, even the Parent-Teachers Association (PTA) is voluntary.

He also warned those who were hell-bent on sabotaging his Government’s education policies by destroying school properties through arson and burglary and those extorting students to desist from such path or face the full wrath of the law.

He maintained that no matter the amount of threats and blackmail by opponents of his free education policy would deter his government from providing free and qualitative education.

He said: “Any parent that wants to contribute to the school where his/her ward is attending can do so, it’s fine. But what we met on ground was huge fraud. There was no accountability. Even, as early as the day before yesterday, they said some people were still requesting for payment of N2,000 for the running grants we want to give to schools.

“Actually, I may not be right all the time but I will still investigate. But I am 100 per cent sure that I am right and I said to them that if they collect the money, I will jail the people in charge. The situation we are with the education of our children in Oyo State can be likened to a popular saying that goes thus: ‘a child that says his mother will not sleep, will equally not be allowed to rest’. We won’t allow anybody to sabotage our education policy.”

Governor Makinde commended the donor of the building, Mr. Oyekola, who in his speech had said that he embarked on the project to give back to the society and to honour his mother who toiled for his education.

The Governor announced that he had given approval for recruitment of teachers in order to address the challenge of shortage of teachers, especially following the influx of students to public schools in the state.

He said: “I can assure you that we are on top of the matter. As I speak to you, the process of teacher recruitment has begun. The next thing you will see is the result. We are determined to put an end to the recurring problem of shortage of teachers in Oyo State public schools. And so help us God, it will be done.

“Attending events like these restores my faith in systems. As an engineer, I am a firm believer in systems. If something is not working the way it should, it means it has not been engineered correctly. And so there is a need to have another look at the system to identify what is amiss.

“We all know that education in Oyo State has experienced many systemic failures. As an administration, we are focused on dealing with these failures by re-engineering processes. The thing is, reengineering processes takes longer than patching it up.

Governor Makinde further admonished individuals in the State to always give back to their alma mater by partnering with Government, as it could not handle the task of building infrastructure and other responsibilities in the education sector alone.

He said: “The old students of every school are a big part of the education system. After they leave and make something of themselves, either as individuals or as groups, they are obligated to come back and give something back to their school, no matter how small.

“I have often said that Government alone cannot fund education. I have always believed this. I have spoken fondly about my time at Bishop Philips Academy and how I took the first one million Naira I made as a business person back to my Alma Mater. After we passed through the school and have gone on to make something out of our lives, we were obligated to come back to give back to our school. All the blocks you have renovated is validating the point that the government alone cannot do it. We have to work together because, quite frankly, these children are our future. So, whatever we invest in them today is what we will reap tomorrow.”

Governor Makinde, who maintained that his Government had been able to create an enabling atmosphere that is now making parents jostle to secure the transfer of their wards into public schools, said the administration has taken note of the resultant effects of the transfer such as the increased pressure of facilities and the shortage of teachers and that it was ready to address the challenges.

“To effectively resolve the issue of shortage of teachers, we cannot take any short cuts. We need to get to the root of the problem. This involves getting the necessary data: How many teachers do we need per school, what should be the subject matter specialisation of these teachers.

“We are doing our part to move education in Oyo State forward. We encourage you to use the communication channels provided by the Oyo State Ministry of Education, and for those of you who use social media, the pages and handles of Oyo State to give feedback on the progress of the work in your communities. And whatever is not going as scheduled, please report to us. We are a listening government and we will always respond to your feedback,” Governor Makinde added.

Earlier in her welcome address, the Principal, Ilora Baptist Grammar School, Mrs Titi Akintujoye, said that the old Students Association has rehabilitated over 10 blocks of classroom, toilets and the library, also provision of fence to secure lives and properties in the school.

She, however, appealed to the Governor to approve the re-classification of the school as Junior and Secondary Schools to allow for efficient management and transition from one school to the other, completion of the school fencing to prevent encroachment and to assist in completing a block of four classrooms started by the School Governing Board in the school.