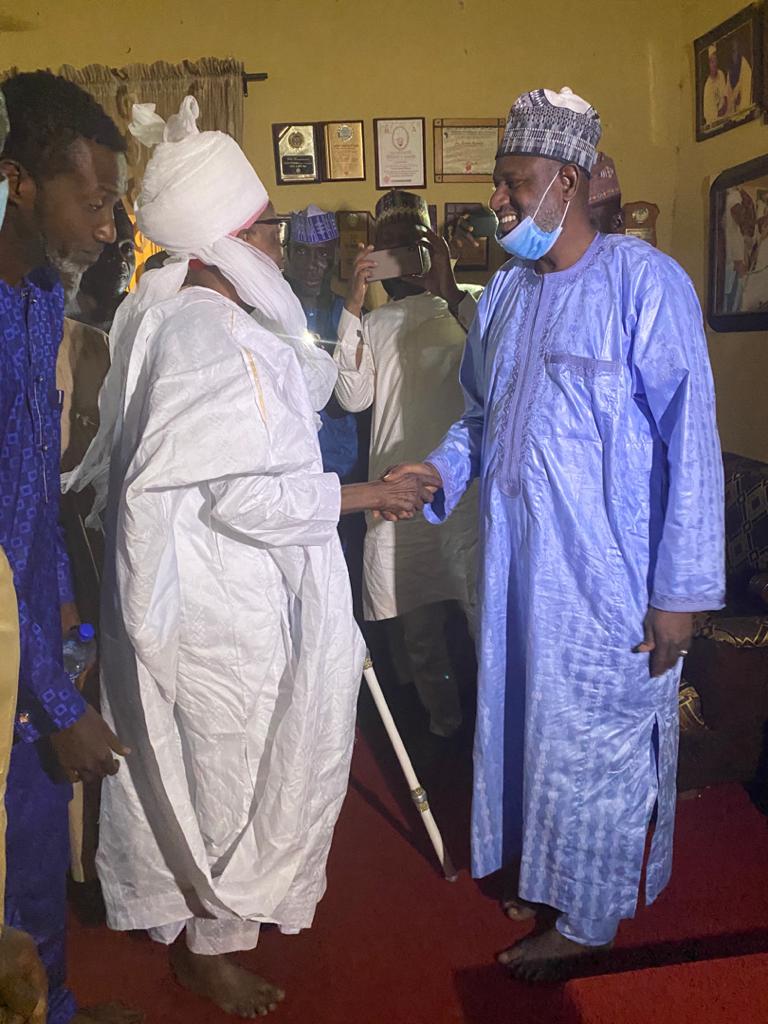 The first Civilian Governor of Zamfara State, Senator Ahmad Sani (Yarima Bakura), Thursday paid a sympathy visit to the Seriki Shasha, Oyo State, Alhaji Haruna Maiyasin Katsina over the avoidable violence, that erupted recently in the area. Senator Yarima commiserated with all the people involved in the skirmishes and lost valuable personal belongings during the unfortunate mayhem.

The former Governor of Zamfara State sued for peace and cordial relationship among the various stakeholders in Shasha Community of Oyo State, advising that they should see themselves as one big family, who should continue to live in peace for the overall good of the country, Nigeria.

The two terms governor, counselled all the residents of Shasha to put the incident behind them faster than it came, calling on the Sarki to bring back his people that had left the community so as to continue eking out their means of livelihood without any fear or molestation.

Senator Yarima described the people of Oyo State as accommodating and loving people, who are always ready to identify with all and sundry, no matter their ethnic groups, adding that,

Oyo State is home for all, where there is no ethnic discrimination, but rather an environment of amity, concord and unfettered fellowship.

The Sariki Hausa of Shasha, Alhaji Haruna Maiyasin Katsina, thanked Senator Ahmad Sani Yarima for his nationalism, patriotism and love for the indivisibility of Nigeria, commending him for finding time out of his busy schedules to visit and commiserate with the Shasha Community.

The monarch assured Senator Yarima Bakura, that everything possible would be done to ensure that the age-long love and spirit of togetherness, that has existed between the different ethnic groups in the Shasha Community is fast restored, stressing that, “in Shasha, we are one big family of peaceful Nigerians first and foremost, who have mingled and inter-married, hence, there is no Hausa or Igbo in Shasha, but true Nigerians”

Senator Sani Yarima, Friday, also joined other Nigerians at the 8th day Fidau prayer for the late first civilian governor of Lagos State, Alhaji Lateef Kayode Jakande, who he described as nationalist par excellence, admonishing other politicians to emulate his selfless service, commitment and resilience, through which he impacted immensely and positively on the lives of the Lagos people.

The visitor further appreciated the enviable contributions of Jakande that gave Lagos a solid foundation in the course of his four years of purposeful leadership of Lagos State just as he called for landmark immortalization of the true son of Lagos, Nigeria and Africa, urging the political class in Lagos State to hold high his unstained flag of life more abundant to all.

Omisore and the shape of things to come

No plan to make Benin 37th State in Nigeria –Ministry