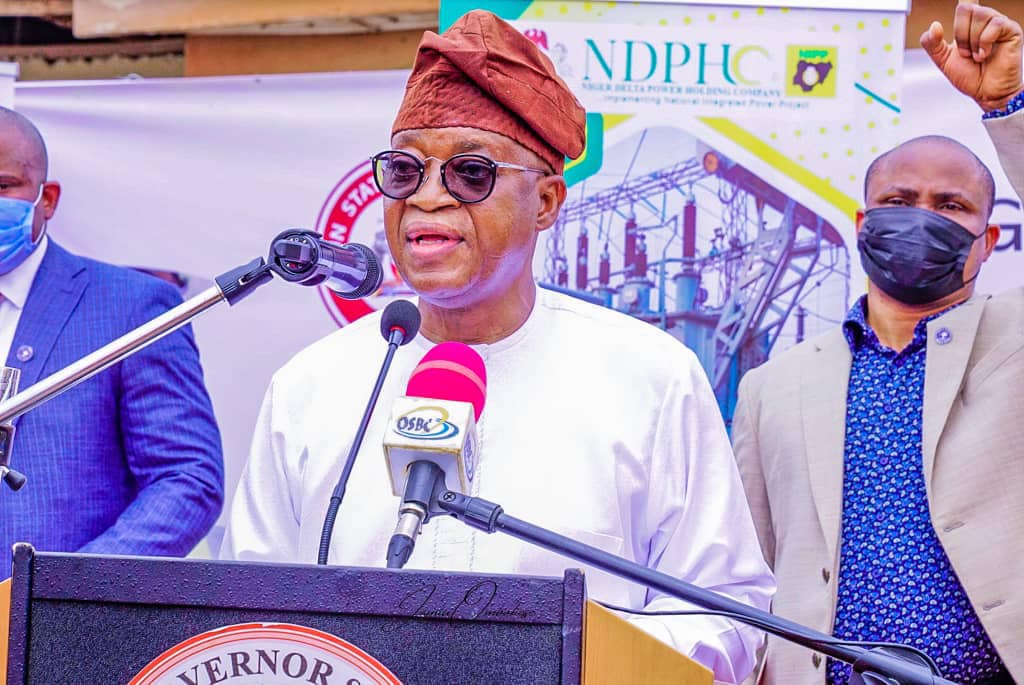 The governor reiterated that his administration was irrevocably committed to uplifting the socioeconomic life of the citizens.

This was even as the residents of the benefiting communities erupted in huge jubilation to register their enthusiasms and joy on the restoration of power supply by the state government. 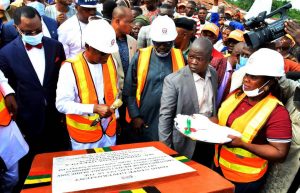 The power project intervention of Governor Oyetola was coming after 10 years of power outage in the affected areas.

The execution of the power project will see to the extension of 33KV power supply line from Ajebandele Ile-Ife to Garage-Olode (Awolowo town) and by extension, Ifetedo.

The power intervention efforts will also help to power towns and villages such as Iyanfoworogi, Aye Coker, Aye-Oba, Wanikin Eleja, Egbejoda, Idi Obi and Ali Ahanran in this first phase, and when completed, the project would cover the entire Ife South Local Government and the LCDA.

Speaking during the flag-off ceremony at Garage-Olode, Ife-South Local Government Area, Governor Oyetola said the project occupied a strategic place in his Administration’s agenda to empower the benefiting communities to contribute substantially to the development of the state.

He said his government had been working closely with Niger Delta Power Holding Company (NDPHC) to ensure quick and prompt delivery of the project. 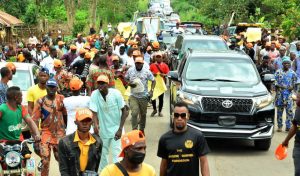 Governor Oyetola’s words, “As I promised during my electoral campaign and the ‘Thank you Tour’, I am irrevocably committed to uplifting the socioeconomic life of our citizens.

“This is what we have illustrated through the execution of this important project, focusing on the extension of 33KV power supply line from Ajebandele Ile-Ife to Garage-Olode (Awolowo town) and by extension, Ifetedo.

“It will also power towns and villages such as Iyanfoworogi, Aye Coker, Aye-Oba, Wanikin Eleja, Egbejoda, Idi Obi and Ali Ahanran in this first phase. When completed, the project will cover the entire Ife South Local Government and the LCDA. 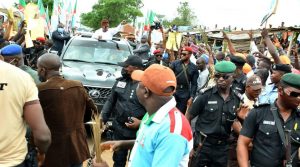 “As you know, our engineers have commenced erection of electric poles concurrently from both Olode and Ifetedo areas.

“Ifetedo currently experiences epileptic electricity supply. We therefore envisage that there might be problems in the future, hence, we want to link Ifetedo to the line under construction.

“Part of the reason this project has been delayed up till now is because we have been seeking a permanent solution rather than a palliative. We know our people only deserve the best and our community cannot continue to play second fiddle to any other town.

“The old electricity supply approach under the Benin Electricity Company meant that the Olode community and environs were not prioritised in the distribution of electricity, as power had to be supplied to Ondo, Ile Oluji, Oke Ogbo before reaching Ifetedo.

“The implication of this is that the megawatt remaining was barely sufficient for our people. The result of our dealing with this matter very frontally and in the interest of our people is what has culminated into today’s event.” 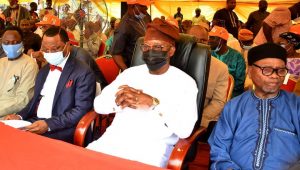 Governor Oyetola who applauded the people of the areas for their unflinching support before, during and after his emergence as governor, said, “I must assure you all that our Administration will never forget your kind gesture towards us, especially during the last election.”

Governor Oyetola, who identified some of the projects executed in the areas, said his administration, under the Partnership for Expanded Water Supply, Sanitation &Hygiene (PEWASH) programme, had earlier facilitated the sinking of 11 new Solar Powered Boreholes and 5 new Hand pump Boreholes. 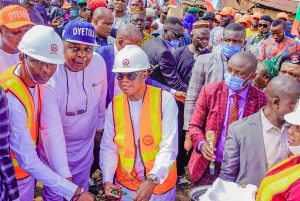 He said his Administration was committed to doing more because the people were important to it.

He appreciated the prompt intervention of the Federal Government, through the office of the Minister of Power, Engr. Saleh Mammah, for the immense contributions to the success of the project.

In his remarks, Commissioner for Water Resources and Energy, Dr. Amidu Tadese Raheem, expressed gratitude to the Governor for his intervention. 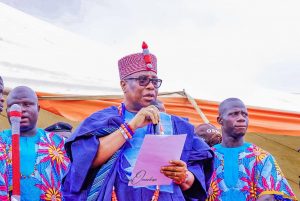 He commended the prompt intervention, which according to him, will go a long way to restore the lost glory of the communities in terms of socioeconomic and commercial activities in the affected areas.

Tadese, while congratulating the benefiting communities, urged the people of the State in general and the beneficiaries of the project in particular to continue to support the government by taking their statutory levies and taxes as priority.

In his remarks, Member, Osun House of Assembly representing Ife-South State Constituency, Hon. Benjamin Ogundipe, described the project as one that would bring succour to the people of his constituency. 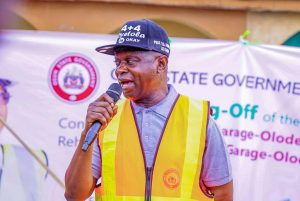 He commended the Governor for taking their welfare to the frontline of his Administration’s priorities despite the socioeconomic realities of the State.

Oyedele who rated the company as one of the foremost electricity distribution outfits in Nigeria, assured government of quality and standard service delivery just as he hinted that the project would be completed within 100 days. 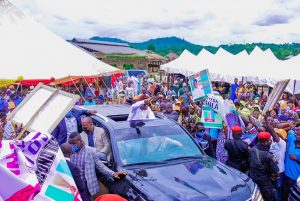 He said “I commend Oyetola’s efforts on this project. I can’t recollect how many times he has visited our office to ensure the success of this project. What I see is that, people don’t really realise the benefits of what they have, especially in having a man like Oyetola who is not only passionate about the people’s welfare but conscious of their priorities.

“Oyetola makes promises and he fulfilles them. I thank him for his tireless efforts on the people of the State.

“A state wears the character of its leader. Since he became the Governor, peace has been reigning. I want to assure the State, particularly the people of these areas that the project will be speedily completed in record time.

“We have completed over 10 power plants in Nigeria and I want to assure you that this project will not be a campaign promise or a trick to get votes but rather an accomplished dream. We will deliver as promised within 100 days.”

Earlier in their separate remarks, the Olubosin of Ifetedo, Oba Akinola Akinrera, and the Olu of Olode, Oba  David Omisore, expressed their profound gratitude to the Governor for taking their subjects out of protracted darkness that had paralysed the socioeconomic activities of the areas in the last ten years.

The two monarchs who reaffirmed their unalloyed support for the Governor and his government noted that the people of the affected communities would forever be grateful for the good gesture extended to them and would show appreciation with their votes in the next election.