Over 200 prisoners escape naked in Uganda 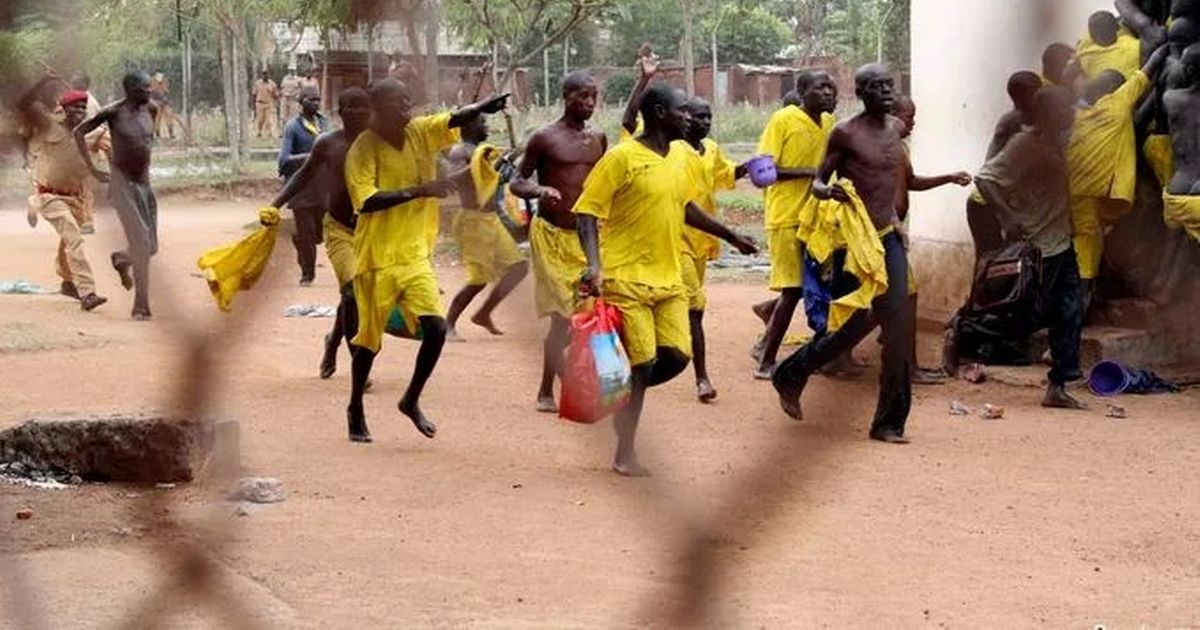 Over 200 prisoners are on the run in Uganda after overpowering guards at the facility.

The prisoners also ditched their yellow jumpsuits which would make it easy for them to be spotted, reports Daily Mail.

Reports say the prisoners ran into the desert area of the country which is under-populated.

Eyewitnesses say a firefight ensued between the prisoners and the guards at the facility.

Forces in the northeast country are searching for inmates who broke into an armoury, stripped and then fled into the desert.

The jailbreak happened, on Wednesday, near the Army barracks in the district of Moroto.

“A firefight ensued, in which at least three people – a solider and two of the 219 escapees – died”, according to Brig. Flavia Byekwaso, spokeswoman for the military.

“They overpowered the warden who was on duty,” Byekwaso said.

The inmates are ‘hardcore’ criminals who were jailed for offenses relating to cattle theft in the region, she said.

They took off their clothes to avoid being spotted in their recognisable jumpsuits and ran into the foothills of Mount Moroto, an under-populated area that the spokeswoman described as ‘a wilderness.

The pursuit is continuing,’ she said, and warned that the escaped inmates might raid local homes for clothes.