Over 10 persons feared dead  in pipeline explosion in Rivers 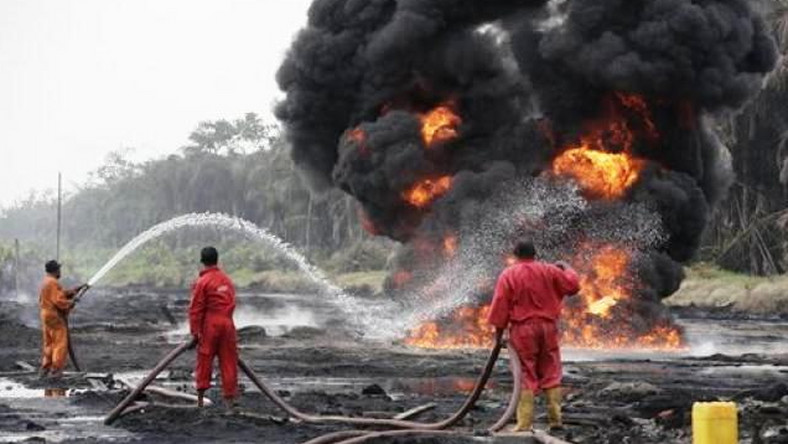 Over 10 persons were reportedly killed in pipeline explosion in Kom Kom community, in Oyigbo Local Government Area of Rivers State.

The Nigerian Xpress gathered that the oil facility belonged to one of the Multinationals in Oyigbo LGA.

Sources from the area alleged that the facility belonged to Shell Petroleum Development Company (SPDC), but in a swift reaction, Shell spokesman , Bamidele  Oladosu, said there was no record of any explosion on the company’s facility in Oyigbo.

However, the Chairman of Oyigbo Local Government Area, Gerald Oforji, who confirmed the incident said that 10 persons died in the explosion.

Oforji said the bodies of the victims  were recovered from the scene when the fire was put off.

He said that no house was destroyed when the explosion occurred.

The State Police Public Relations Officer, DSP Nnamdi Omoni, also confirmed the  incident.Omoni who told Journalists that he was yet to be briefed on the number of casualties, said the incident occurred when workers of a company were carrying out repair work in one of the pipelines at Kom Kom in Oyigbo.

He said the State Police Command has commenced full scale investigation on the incident.