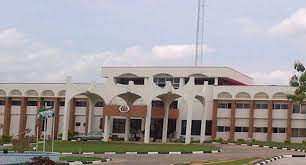 After the victory of the opposition People’s Democratic Party (PDP), over the ruling All Progressives Congress (APC) in the governorship election in Osun State, all the political office occupiers in other political parties besides the PDP are scared of possible defeat by PDP candidates in the 2023 general elections.

After a keenly contested governorship poll in the state on Saturday, July 16, the candidate of the opposition party, the People’s Democratic Party (PDP), Sen. Nurudeen Ademola Adeleke, was declared the winner by the Independent Electoral Commission (INEC), ousting the incumbent Governor, Isiaka Oyetola.

All the elective political office holders in the state from other parties, particularly the APC are now jittery of impending defeat at the hands of the candidates of the PDP, whose governor will soon mount the saddle.

The concerned elective office occupiers include the House of Assembly members, members of the House of Representatives as well as those in the Senate. Their fears are understandable as there had been a precedence in the past, precisely during the tenure of the immediate past governor and current Minister of Interior, Rauf Aregbesola.

Aregbesola was in court for almost three and a half years contesting the declaration by INEC that former governor Olagunsoye Oyinlola was the winner and duly elected governor for a second term in 2007. At the end of the day, in November 2010, the Appellate Court removed Oyinlola and installed Aregbesola as the owner of the mandate usurped by Oyinlola. The 2010 judgment informed the off-season governorship election the state is experiencing today.

Nigerian youth must have a positive mindset about life -Anne…

Immediately Aregbesola gained governorship control, almost all the legislative elections that followed in 2011 went in favour of the candidates of the APC. So, the fears of the candidates of the APC are not out of place because the bandwagon effect during the Aregbesola time is likely to happen in 2023. After all, history has a way of repeating itself.

In Osun State currently, only the Senator, Fadahunsi, who represents the Osun East Central District, is from the PDP, while the Central and West senatorial districts are members of the APC. They are former commissioner for justice and attorney general, Senator Bashiru Ajibola (Central) and Senator Adelere Oriolowo (West). Interestingly, Oriolowo, from Iwo was not given a return ticket by his party during its recent primaries.

Besides the Senators, several members of the House of Representatives, as well as members of the Osun State House of Assembly are also entertaining palpable fears of defeat in the hands of their opponents from the PDP due to the bandwagon effect.

A top politician from Odo-Otin Local Government Area who commented on the development anonymously said, “that notwithstanding, some of them who are genuinely popular and who delivered to their people can still retain their seats if they are voted for by their people.”

However, since 24 hours is a long time in politics, only time can tell.

Nigerian youth must have a positive mindset about life -Anne Emmanuel Ibrahim, gospel…