Osun House of Assembly election: INEC urges electorate to come out to vote 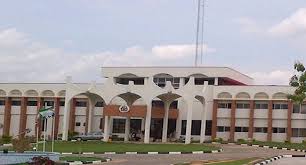 The Independent National Electoral Commission (INEC) in Osun has appealed to the electorate there to come out en-masse on Saturday to vote for the candidates that would  represent them in the state House of Assembly.

The INEC’s Resident Electoral Commissioner (REC) in the state,  Mr Olusegun Agbaje, made the appeal on Wednesday in Osogbo.

Agbaje said that the state House of Assembly’s election slated for Saturday in the state was as crucial as the governorship election held in 2018.

“I urge voters to come out and vote during the House of Assembly’s election that will be held in the state on Saturday. The election is crucial as those voted as lawmakers will determine to a large extent how governance will be like in the state in the next four years.

Just like the governorship election of last year, I urge the electorate to come out to vote for the candidates that will form the legislative arm of government. They will also assist the governor to pilot the affairs of the state in the coming years.

We at INEC are expecting about 800,000 voters to come out and vote on Saturday, because about 1.2million registered voters had collected their PVCs in the state.” he said.

The REC assured them that INEC was ready to conduct the state House of Assembly election. He added that arrangements had been completed, and that the PVC Card Reader Machines had been reconfigured for the Saturday’s election.

Agbaje said that though elections in Osun had always been peaceful, nevertheless, the security agencies would provide adequate security to ensure law and order during the exercise.(NAN)