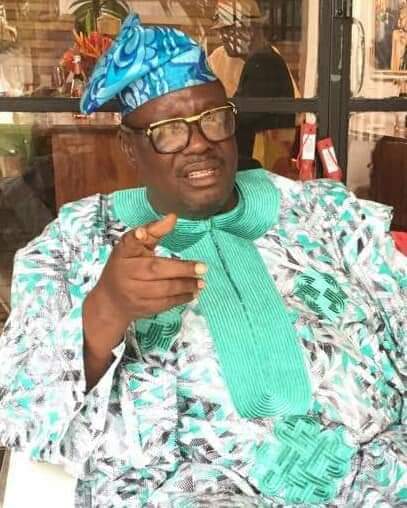 The Asiwaju of Iragbijiland, Senator Felix Kolawole Ogunwale (Jumokol), has condemned in its entirety the dastardly act of robbery, that occurred at the Wema Bank Iragbiji, Osun State on Tuesday, September 29th.

The Iragbiji High Chief, in a statement personally signed by him, said the perpetrators of the heinous crime should be speedily fished out by the security agents and appropriate heavyweight of the law brought against them.

Ogunwale said in the statement that his heart goes out to the deceased policeman, who was a victim of the ungodly incident and prayed for the repose of his soul in the bosom of God Just as he also commiserates with the management of Wema Bank as well as His Royal Majesty Oba Abdul-Rasheed Olabomi, Odundun 2 and the entire people of Iragbiji. He, therefore, prays to God to prevent a re-occurrence of such nasty incidents.

The Senator appealed for more security surveillance and security tightening all over Osun State to make the people sleep with their two eyes closed, calling on all citizens to be 24hours on their guard and report suspicious people to the security agents.