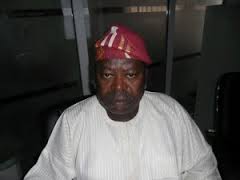 Ayo Afolabi, an astute politician and die hard pro-democracy activist of the National Democratic Coalition (NADECO), fame, is the current acting Caretaker Zonal Secretary of the All

In an exclusive interview with Razaq Bamidele in Lagos, the vocal spokesman informed that, the seeming crisis in the Osun State chapter of the party was just a mere storm in the tea cup which would soon cease, assuring that, it was not that serious to have constituted a threat to the second chance of the state governor, Isiaka Adegoyega Oyetola; to secure another four years mandate in the 2022 governorship election.

In addition to that, Afolabi did not mince words in boasting that, the whole of South-West will be firmly under the umbrella of the APC, enthusing that, the only government of the Peoples Democratic Party (PDP), in the zone (Oyo State), would be served a quit notice. By 2023, “We will sing the non-dimities for Governor Seyi Makinde,” he asserted.

Going by the crisis that hit your party during the last congress in Osun State, how cohesive would you say the party is presently?

The party is still much cohesive. What you have is a seeming storm in the tea cup. It is not a serious crisis. When you have a party that is as big and as huge as APC, you cannot run away from such. What has happened is that, there are so many people who felt they wanted to render service not only to the party, but to the country. And in the process of that, everyone has his way and channel through which he believes he could achieve what his visions are.

So, when you have a situation like that, people are bound to have different channels. The APC has been doing all within its power with a view to coordinating all these things together so that we can channel everything through one way. But when elections are coming, talking seriously, it is difficult getting everybody to see things in the same angle or same perspective. And that is why you, who are external to it, see as crisis. But those of us within the party, we know we would go back, we would sit everybody down, we would sought out the problem and agree on a way forward.

In any case, the party has gone out of its way to set up what I regard as crisis resolution and fence mending committee that would bring everybody together to be able to see things from the same angle and same perspective.

What do you foresee as consequences for the party if not resolved?

Some political observers smell a threat to Governor Isiaka Adegboyega Oyetola’s second term chance in office. What is your comment on that observation?

It has not gone to that level and we will not allow it to go to that level. Like I told you, they are mere storm in the tea cup. And because they are mere storm in the tea cup, we would get that storm to cease and then we would resolve the issue within ourselves. We have a situation when you look at what you regard as serious crisis, we have a situation, where we know ourselves and we have been on for quite some time.

If you look at the different groups that are quarrelling, none of them has opted out of APC. They always fight within which we always encourage. And so, we would therefore be able to sit down, talk to each other, reason along and with the peace initiative that has been put in place by the national leadership, it is a question of time before we would see it as a past experience. The party would work as one for the elections that are coming in 2022 and 2023.

Do you suspect external influence in the crisis?

Well, I don’t see that seriously. There could be possibility in some areas where there could be external influence; there could be all kinds of insinuations. But you see, the way we are looking at it is that, everybody who is a member of the party believes in the principles that brought all of us together. And so, to a large extent, it is a very minimal roll that external influence can play. Yes, people might want to cash in on the seeming crisis.

But we believe that over time, they would see reasons and then jettison such external influence. You cannot rule it out. Some people might want to cash in on it and make appeal to them and things like that. That would short live and the party would speak with one voice as it has always done.

After the states’ congress of the Peoples Democratic Party (PDP), recently, the party expressed the confidence that it would make more inroads into the South-West by adding Osun to Oyo State. How do you take this threat?

I would rather laugh that off because it is laughable. I regard that as a joke from unserious bunch of infantile or juvenile politicians who doesn’t actually know what is going on in the political arena. Osun State, that you mentioned, I don’t know who is capable of doing it for them in that state. Osun State chapter of the People Democratic Party (PDP), has two parallel executives and they have been there since the past elections. They have been there since they had the last governorship election in the state. So, how would they do it?

In any case, most of the hands they normally come up with are only rich in the pocket in terms of the naira they dish out to the people to vote for them. They are not intelligent enough to be able to govern the very articulate people of the state. They are not and we are waiting for them. Is it their first choice that they would want to push forward again? Somebody that had no secondary school certificate, who after two years came back to say he has got a degree from an American University? Is it two years you spend in the University after your secondary school to get a degree? We are waiting for them. Somebody, who after 50 years of age cannot boast of a secondary school result, how does he want to talk to the people of Osun? He is back with his degree, let him address a huge crowd, we want to see him do it. Let him read a full page of a paper. Let him go to Adeleke University as somebody has suggested and run the place for just three months and then we would know that he is capable of running anything.  We are sure he is not. And the elders, I am sure a lot of them are frustrated with the crisis in their party. I don’t know who will challenge us in Osun State.

Take Osun State out of it. Or is it Oyo State that would be the vanguard to be able to take any of our states from us? The crisis in Oyo State chapter of the PDP today is so huge that they have three other executive committees. The centre cannot hold. All those who brought the present governor, Seyi Makinde into office, are all presently in a camp against him. The party even went out of its way to cast a vote of no confidence in the governor. So, I don’t know who can then dare to do it for them.

Any way, we don’t need to bother; we are waiting for 2023 when we would sing the non-dimities for Governor Seyi Makinde of Oyo State. We are taking our government in Oyo State back and so the South-West would be back to its monolithic set up in the region. Seyi Makinde’s days are numbered in office in Oyo State. We will not tolerate any other political party having a hold on the south-west.

The South-West chapter of the APC is very prepared, we are working assiduously to ensure that, come 2022, we retain our Ekiti State, our Osun State and use that to propel ourselves for the national elections of 2023. God being with us, we will retain the South-West and even oust the only PDP government that is hibernating within our territory.