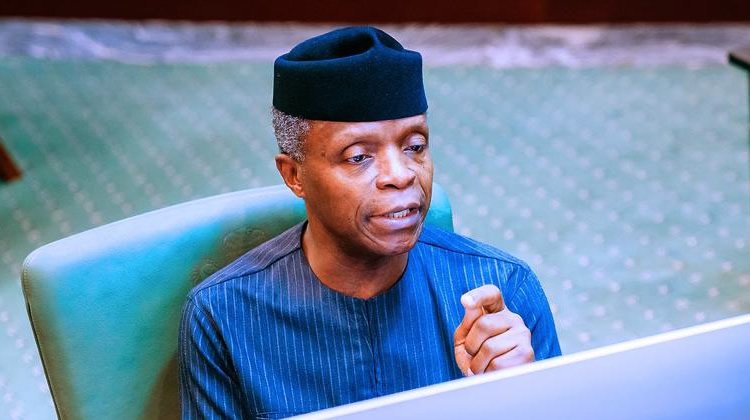 Vice President Yemi Osinbajo will in November inaugurate the first Yoruba World Centre at the University of Ibadan.

Osibanjo will be joined by Ooni of Ife, Oba Adeyeye Ogunwusi, the Alafin of Oyo, Oba Lamidi Adeyemi and other traditional rulers.

The event will also feature the opening of the Centre’s temporary home, the presentation of a full documentary on the Yoruba World Centre and the laying of the first foundation at the permanent site by Osinbajo

According to a release, the Yoruba World Centre, when completed, will have a library, an archive, a museum, a recreational center, reconstruction and digitizing centre, a broadcasting and film village and an artificial forest.

According to Mr Alao Adedayo, a member of the Board of Trustee of INCEYAC and Publisher of Alaroye Newspaper, the centre will serve as a one-stop shop, offering old, new, recreated and reconstructed materials for researchers, lecturers, students, authors, journalists, historians and members of the public interested in Yoruba history, arts and culture.

Adedayo said: “Being the largest user of Yoruba language (in print) in the world today, and because of our daily interactions with the language, arts, culture and history of the people, through our newspaper – ALAROYE, we can confirm that there is no one institution in the entire world where researchers, or anyone at all, can stay to conduct and complete works on the history, arts and culture of the Yoruba people.

“It is because we sincerely believe that there should be one to help us in nation building that we have come up with the idea of INCEYAC. We are equally optimistic that proud sons and daughters of Yorubaland and other friends of the elitist tribe will rise up to the occasion of supporting this project in whatever way they can.”