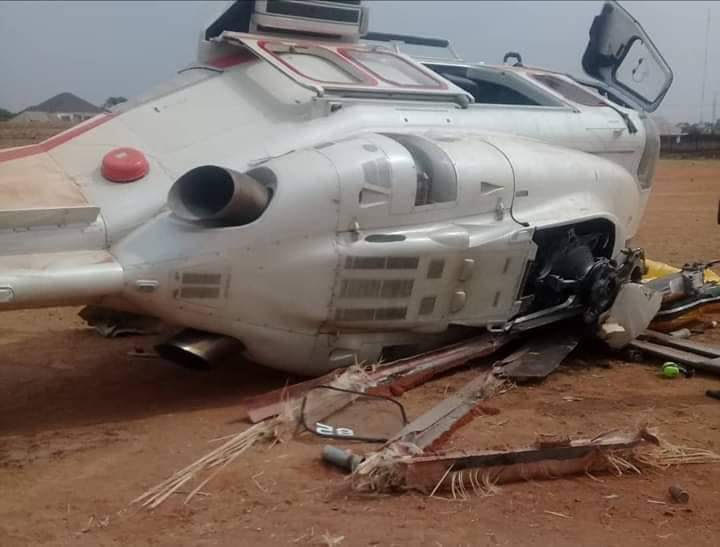 Senior Special Assistant to the Vice President on Media and Publicity, Laolu Akande, confirmed the incident on his twitter handle @akandeoj.

He tweeted “VP Osinbajo’s Chopper crash lands in Kabba, but he and the entire crew safe. He is continuing with his engagements and plans for the day in Kogi State.“

This will be the second time Osinbajo will escape helicopter cash.

On June 7, 2018, the chopper that conveyed Osibanjo from the Nigeria Customs Command and Staff College, Gwagwalada, Abuja, was forced to land few seconds after take off.

Akande, had explained that the Vice President  avoided using his chopper from Gwagwalada where he had gone for an official assignment back to the Presidential Villa, Abuja because of “technical reasons.

The Vice President was in the college for the graduation ceremony of Senior Division Course 1/2018 participants.

Akande on his verified Twitter handle, @akandeoj, confirmed that Osinbajo was conveyed to the venue of the engagement in the same chopper.

He disclosed that Osinbajo returned to the Presidential Villa by road and continued with his schedule.

“On his way back, it was decided, for technical reasons, not to fly the chopper that had brought him to the venue.

“He drove back to the Presidential Villa and continued his schedule.”