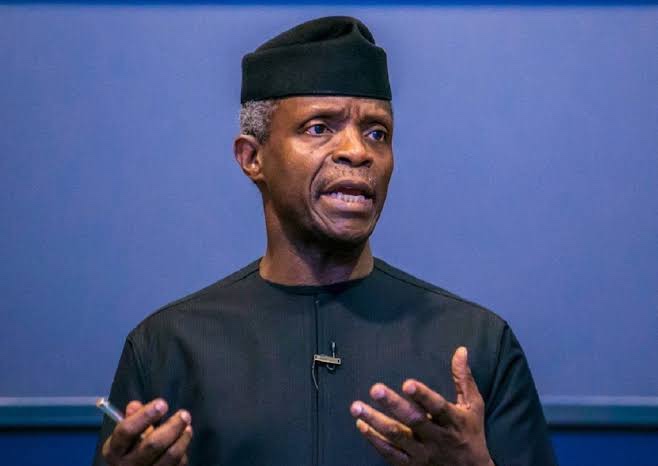 The statement was issued by Laolu Akande, Osinbajo’s aide who said that the move was recommended by a Committee

According to the recommendation, contractors would be unable to obtain contracts without the Corporation’s clearance

READ ALSO: We have no plans to take over Dangote Refinery -AMCON

The Nigerian government may soon bar debtors from obtaining federal government contracts or projects without clearance from the Asset Management Corporation of Nigeria (AMCON).

The disclosure was made in a press release signed by Laolu Akande,  the Senior Special Assistant to Vice President Yemi Osinbajo on Media and Publicity.

According to reports, the statement said that the policy was the recommendation of an inter-agency committee set up by the government to recover debts owed to AMCON.

Nigeria’s Vice President, Osinbajo stated the recommendation would be implemented and also agreed that AMCON debtors engaging in businesses with government agencies lacks due diligence which needs to be checked.

Professor Bolaji Owasonoye said that proposed debtors be banned completely from participating in government projects unless prior approval from AMCON is obtained.

“All AMCON debtors must not be allowed to transact business or enjoy patronage with any government agency whatsoever, except clearance is obtained from AMCON on the debt status of such obligors.

“Between 2020 and 2021, AMCON made significant recoveries which are highlighted in the report. Within the period under review, AMCON witnessed 10% growth in the recovery performance across various asset classes. For instance, in 2020, the sum of N146 Billion was recovered, while in 2021, the sum of N161 Billion was also recovered. The recovery outlook for 2022 is also positive, and the Committee will not relent in its effort to engendering more recoveries.”

The Committee was set up in 2019 and was mandated to review the status of debt owed to AMCON, data gathering on specific debtors and their current status and debating strategies for recovering unpaid debts.