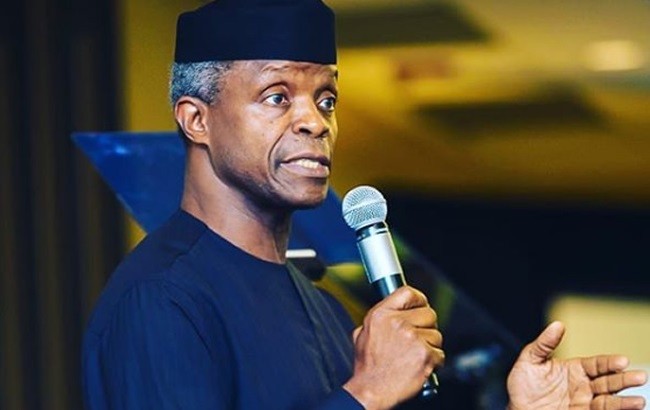 Vice President Yemi Osinbajo has declared the second edition of the National Health Dialogue opened with live debates expected on various challenges facing the health sector of the country.

Osinbajo opened the dialogue organised by the Premium Times, an online Nigerian paper, on Tuesday in Abuja.

The Vice President, who was represented by his Chief Medical Officer, Dr. Chiedo Nwankwo said the Nation’s priorities were messed up and there was no truer statement.

The News Agency of Nigeria, (NAN) reports that the dialogue theme is: “Universal Health Coverage” The role of State and Non-State Actors in Healthcare funding and support.

Dogo said achieving Universal Health Coverage (UHC) under the current situation in Nigeria was most challenging.

He also listed other challenges stopping Nigeria from achieving UHC by 2030 to include lack of Implementation of various programmes that would have helped in achieving UHC.

Emir of Gombe, HRH Alhaji Abubakar Shehu III, spoke on the role of traditional institutions in achieving UHC for Women and Children in the past and currently in the country.

He explained how the British and other colonialists used traditional rulers in administering, which further helped in improving the health sector.

He, however, assured that traditional rulers have an advocacy role to play in driving UHC in the country.

The Emir advocated extensive investment by the government and Nigerians in rural areas for rural communities to access quality healthcare delivery.

In his lecture, Dr Chiedo Nwankwo, a health expert, on “Journey towards achieving SDG three point eight, (3.8) – UHC and the paths towards achieving its success,” said Nigeria had failed to properly fund the health sector,

She said the country has failed to meet the 15 per cent Abuja declaration of 2001.

READ ALSO: Rohr: Draw with Brazil is big booster for our AFCON race

Nwankwo said that Nigeria was one of the worst places for maternal, newborn child care in the world, stressing that the figures were startling.

She, however, said that children under five years of age were still dying from preventable diseases every five minutes in Africa, according to the World Health Organisation (WHO).

Nwanwko said the vulnerable groups should be covered by the appreciable amount of health subsidies and insurance.

According to her, the poor and vulnerable groups should be carried along.

“They should not spend the little they have on health and get impoverished in their quest for quality health care,” she advised.

She appealed to the Federal Government to take a bold step in driving change in the health sector. (NAN)