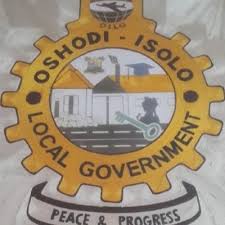 The Oshodi/Isolo Local Government Area of Lagos State is starting immediate palliative works on some community roads in the council area.

The Chief Engineer of the LGA, Mr Lawrence Akande, made this known in a statement made available to the News Agency of Nigeria (NAN) in Lagos on  Thursday.

Akande said the intervention, which would commence on Thursday (November 14), was to ease movements in the local government and impact positively on the lives of residents.

He listed areas where the first phase of the palliative measures would be carried out to include Sehinde Calisto Crescent, Ajisegiri Crescent, Ewenla St. and Ogunlana St.

“The Council Chairman, Bolaji Ariyo, has approved the first phase palliative work on community roads which would commence on Thursday.

“The Ajisegeri and Sehinde Callisto Crescents are our first ports of call, all things being equal, if the weather continues to be friendly.

“There will be a diversion of traffic on this route, while we implore drivers and commuters to obey traffic instructions while the palliative works are ongoing,’’ he said.

Giving details of the palliative works, Akande said there would be regulation work on Sehinde Calisto Crescent and Ewenla St. with coarse blast stone (boulders).

The chief engineer said that the works would also cover the regulation of defective sections on Wahab Larinde St. with suitable filling materials and regulation of deep pot holes on Adeyemi/Ogunoloko Road with boulders. (NAN)