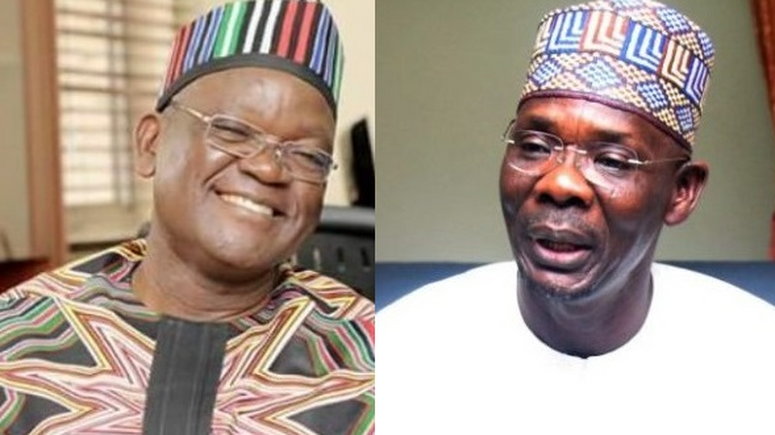 Governor Abdullahi Sule of Nasarawa State and his Benue counterpart, Samuel Ortom, have appealed to the Federal Government to the sustain the military operation code named: ‘Operation Whirl Stroke’ to guarantee full restoration of peace in the region.

The duo made the appeal at a joint security meeting on Sunday in Lafia, following tensions arising from the federal government’s decision to withdraw the military involved in the security operation covering Benue, Nasarawa and Taraba states.

According to the governors, sustaining the military operation for at least another two years would ensure the full restoration of peace and flushing out all criminal elements operating in the region.

Sule in his submission, noted that there had not been any serious security breach since the announcement for the withdrawal of the military.

He however said that there was tension and fear, especially in the border communities, with residents leaving their homes.

Sule stressed the need for stakeholders from both states to close ranks and make concerted effort towards ensuring a lasting peace.

On his part, Ortom want the federal government to reconsider its decision on the withdrawal of the military, saying that peace is yet to be fully restored to the various communities.

According to Ortom, most of the Internally Displaced Persons (IDPs) from last year’s attack in Benue were yet to be fully returned to their homes.

He said that IDPs were still housed in eight camps across Benue, adding that with reported cases of skirmishes last week, they will not feel safe to return home without the presence of the military.

The issue of the Anti-open grazing and ranching establishment law enacted by the Benue state government was discussed at the meeting with stakeholders from Nasarawa state appealing for its implementation with “human face.”

Justice Sidi Bage, the Emir of Lafia, in his submission, went down memory lane to establish that the people from both states were one, only separated by “artificial boundaries”.

Bage acknowledged that the Benue Anti-open grazing law was apt at the time it was promulgated to protect the people, and believed that it had achieved the purpose with the current measure of  peace in the state.

However, the first class traditional ruler urged the Benue Government to relax the the law since peace had been achieved to a large extent in the spirit of brotherhood.

“I know it’s very difficult, but try to see that some aspects of the law is relaxed a bit considering our brotherhood,” Bage said.

On his part, the Tor Tiv, Prof. James Ayatse, represented by the Tor Lobi, Chief Moses Anagende, lauded the peace-building initiative by the two governors and stressed the need for all stakeholders to support the course.

He assured the Emir of Lafia that his appeal in that regards would be considered but would take some time.

Also, Mr Ayua Abomtse, the ‘Ter Nagi’ from Benue, said that the issue of relaxing the implementation of the law being sought by stakeholders in Nasarawa state was too early considering the fact that peace was yet to be fully restored.

Abomtse added that the implementation of the National Livestock Transformation Programme (NLTP) of the federal government, which Benue had signed into might even address the concerns of the Nasarawa stakeholders.

He also urged traditional rulers in border communities to educate their subjects on the imperative of peace.

Ortom added that the anti-open grazing was still in place in the state, adding that ranching is the best way to go if the country was to focus on agriculture to diversify the economy away from oil.

Ortom said his administration was open to workable suggestions from the Miyetti Allah and other stakeholders that could be used to amend the anti-open grazing and ranches establishment law for the benefit of all. (NAN)