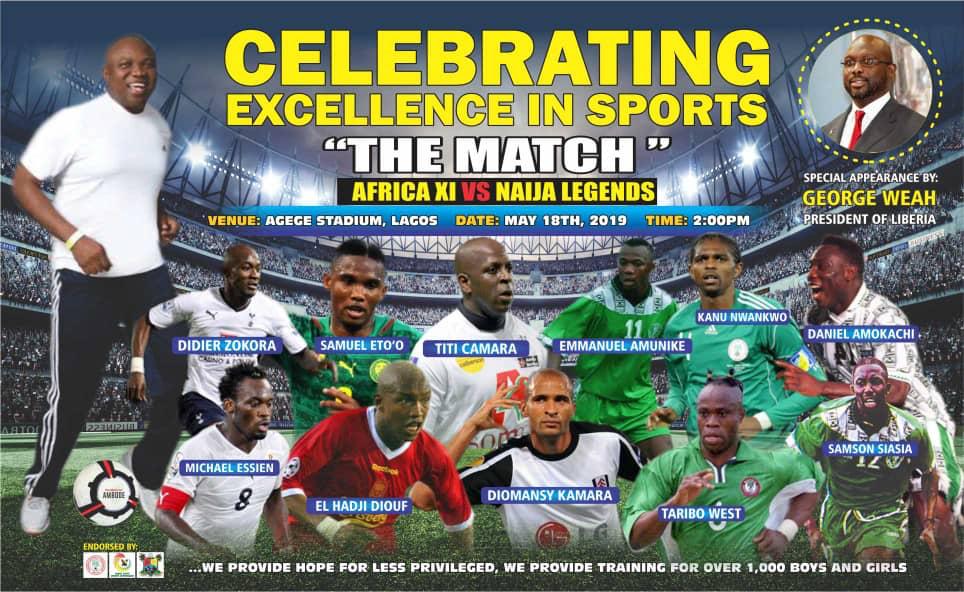 Organisers of the Governor Akinwumi Ambode testimonial game have sent out a big thank you message to all those who made the May 18 event at the Agege Soccer Temple a huge success.

Coordinator of the game, Waidi Akanni, who spoke yesterday said all those who played a role in the testimonial match deserved nothing but kudos.

“The Ambode testimonial game was a huge success and we want to thank all those involved in it. We are grateful in a special way to the African and Nigerian legends that played. The fans were wonderful. It was a full house at the arena. Even a Barcelona, Liverpool game in Lagos wouldn’t have attracted a bigger crowd. The security agencies did a marvelous job of controlling the crowd and ensuring the soccer stars leave without any security breach. We also say a big thank you to Flavour and Small Dr for entertaining the fans. The media on their part gave us massive publicity. On the whole, we couldn’t have asked for anything more,” Akanni said.

Akanni stressed that Gov. Ambode and his family are equally on cloud nine over the event as they see what happened in Agege as a most befitting send forth.