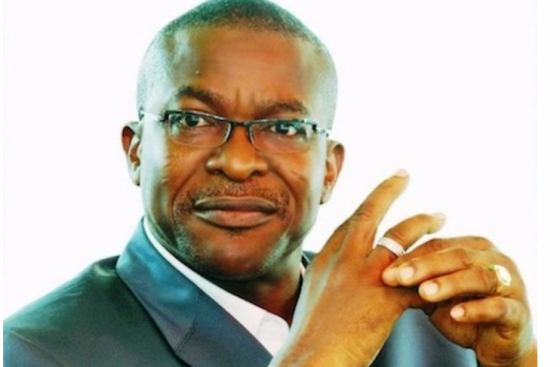 Maj. Gen. Charles Airhiavhere (rtd.) was the governorship candidate of the Peoples Democratic Party, PDP, in Edo State in 2012. In 2016, he again contested the governorship ticket, this time with Governor Godwin Obaseki at the primary of the All Progressives Congress, APC. In an interview with newsmen at his Benin City home recently, Airhiavhere spoke on the crisis tearing Edo APC apart as well as his own governorship ambition in 2020. Our reporter, ONAZENA ABBEY was there.

What is your take on the current crisis rocking the Edo APC?

The issues are clear; the presidential election that took place in March gave an account of the APC’s political instability in the state. During that election, we lost abysmally in Edo South. We lost in Edo Central. Only Edo North produced the percentage required for the president to scale through Edo State. That was the beginning of the problem in APC, coming to the public. It was clear that if we don’t do something drastic, there will be a problem. The second aspect of that particular issue was that the National Chairman of the ruling party, APC, was from Edo State. Edo State has had the privilege of producing two chairmen of the party. The founding father, that is Chief Odigie Oyegun, and Adams Oshiomhole and the two of them have been governors in the state and we cannot afford to fold our hands, as leaders of APC and watch things go bad. When you know the strength of your enemies, you must go back to the drawing table and find a way to ensure your enemies do not overrun you. That is exactly what leaders of APC in Edo State are doing right now; to make sure that we win the next election. Don’t forget that Edo State is the first APC state in the South-South and we cannot afford to lose it to the opposition.

What is your take on the ongoing war declared on members of Edo Peoples Movement, EPM, across the state by the Obaseki group?

Democracy is all about negotiation and I am surprised that people who call themselves politicians can come out with that instruction. The constitution provides for free movement, free speech and I believe that in a strategic situation, especially when you discover that you have reached a level of no return in ensuring that APC must win the next election, there has to be some internal mechanism that will stabilise the polity. Edo Peoples Movement is not the only pressure group. Before EPM came on board, there was the OSM (Obaseki/Shaibu Movement). OSM was established for a 4+ 4 to ensure Obaseki/Shaibu wins the primary. There is also another group in the same political movement, I believe. The Edo Peoples Movement is also another pressure group that will also ensure APC wins the next election. So, who is proscribing who? Is it 4+4 or 3+1 that the GO (Godwin Obaseki) must go or the 4+4 that the GO must stay? There must be a balance; nobody has the authority to proscribe any group. Let them do their own and let the EPM do theirs. EPM is a pressure group and not a political group. It is Edo Peoples Movement. They have Obaseki/Shaibu Movement and I think that is democracy. Everybody has the right to express themselves and the aim is to make sure that APC wins the next election and that is where we stand.

Why did you say Governor Obaseki does not deserve the Nigerian Union of Teachers, NUT, award?

I have no apology for the statement that I made. I decided to make it and authored it. I contested the primaries with the present governor of Edo State and we all made our moves; we all had our campaign strategies.  Our campaign toured the 192 wards and I did it twice in 2012. In 2016, I went round until there was this movement and negotiation that we should all step down for Godwin Obaseki. We all did and we collapsed our structures to support him. It did not mean we threw away our documents. I was in Ekiadolor to negotiate the labour problem that was there if you can recollect. If you go back to Ekiadolor today, nothing has changed in the institution. It is a forest of its own. I think the last time teachers were paid was in March. Every worker deserves his wages. Go to the polytechnic in Usen. Are the teachers there not part of NUT? The students in Ekiadolor have given an ultimatum that they are going to march to Government House. So, I am not the only person. I am in sympathy with the NUT that did not do their due diligence before giving out an award. Is that award going to bring food to the table of Edo people? You selected a group because you have now made up your mind that as the governor of the state, you are going to bring out the money in your third year after starving the people of the state. So, I am happy he said he is not going to share money with the people of the state and I have challenged him that he should write the names of Edo people, who asked him for money on the pages of newspapers. The papers are available; he should write their names and the people he has given money. What we presented during the campaign was the continuity of Oshiomhole’s eight years of developmental stride in Edo. So, NUT cannot come and give award the people of Edo State cannot proudly display.

What is your assessment of Governor Obaseki’s administration in the last three years?

I am opportune to know that several MOUs have been signed with people from other states not even with people within the state. I want the Edo State Government to publish the names of members of the Tenders Board and meetings held when they awarded the contracts. Who is the chairman of Edo State Tenders Board? How many MOUs have gone through Tenders Board or the Edo State Economic Team, which he (Obaseki) was the then chairman for eight years? I want it on record that the governor we have today was never part of Edo State politics; he never voted in the two elections that took place here. He never campaigned. Governor Obaseki did not have a voter’s card. For the two elections that took place here, he never campaigned. Obaseki is the first governor that I have seen that will come with a victory speech the day he won his primary. It is on record that I won the primary in 2012, February 25th. I did not know I was going to win. He had a prepared speech. So, he is used to MOU. That was an MOU.

You were allegedly indicted for having misappropriated military fund while in service. Is this true?

Well, the issues are clear. Again, if I will be repeating my world, I would still want to be in the army. I became an officer, having been one of the best in my profession and was promoted to the rank of Major General. I retired voluntarily. I have never been indicted on any issues and by the nature of the job I did in the army, having commanded the Nigerian Finance Corps; there are innuendos and insinuations that can be verified. The records are there. But put my military career aside, I have been retired since 2001. July 11th, that was when I left. What I see within Edo political sphere is that those who advise leaders do not even know what to advise on because the leader is as good as all his advisers put together and can see that their level of understanding of what they have come to do is very shallow. I have expected that they should address the issues. The governor never had a house in the state but within eighteen months in office he was able to buy late Aikhomu’s house and that is where he is living. I want him to tell me his ancestral home; it is now time to tell ourselves the truth. I cannot be a Major General in this country and watch the people of Edo State suffer in the midst of plenty. That is why we need to take the bull by the horn. This is a government where people have retired- the former deputy governor, who was in the exco with you – he has finished his eight years, and you did not pay him his gratuity. Let us not trivialise the issues on ground. I have passed through two political parties and presented myself for governorship and I have been screened and cleared. So, what is the proof? He did not make me a Major General; neither did he give me a certificate of clearance when I left the army. When you are in the army, you are made to do the job you are supposed to do. I was not a civilian when I was in the army. I took the oath of allegiance. So, I will not join issues with him.

It appears you are in the race for the governorship election come 2020. What are your chances?

You see everything belongs to God. I will not play God like G.O, who says that he duly deserves a second term and that it is his right. I want to leave that to the electorate. But I want to assure you that the governor that will come in 2020 must be the governor that has the pain and interest of Edo people at heart. Edo State is the heartbeat of this nation and I think we should be in the vanguard of the political dispensation that we have inherited from the military. Have you not asked yourselves that in a state where we have 24/24 at the state House of Assembly, there is division. A State where the governor says he was endorsed by his immediate predecessor in the office is having problems. Since the last presidential election, there has been no development in Edo State. Development is standing still under Obaseki in the last three years. So, he is vulnerable and if we allow him, the opposition will take over Edo. He has been all over the place, trying to cross carpet, trying to look for a soft landing. But your main asset, which is the APC, you have left it in disarray.

Don’t let these things be in your bedroom