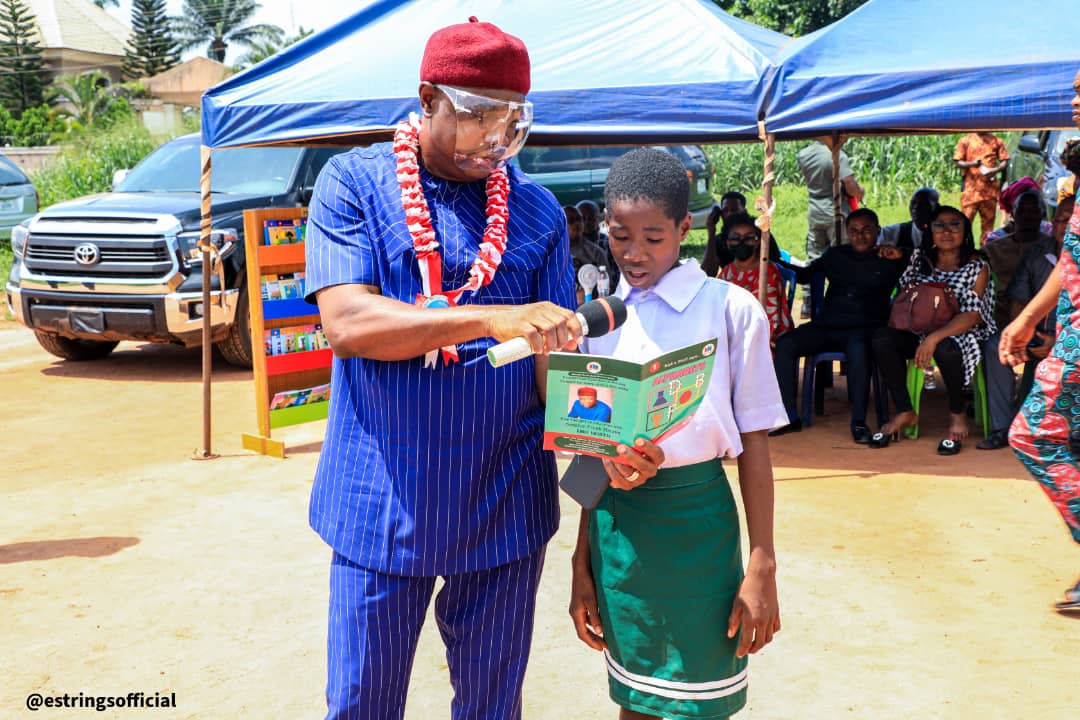 Everybody needs a bank. It is a place for safekeeping of our money and other valuable possessions and we are always rest assured once our monies have been berthed in bank vaults; because now we are sure of their safety from bandits and robbers.

However, this is not always the case because we have often witnessed how the people we entrust our wealth to use many secret charges to steal from it and deprive us of our hard earned money. At times too, the banks are run aground and we lose everything.

For instance, at the end of the Nigeria-Biafra civil war in 1970, every Igbo that had bank accounts was given a paltry twenty pounds irrespective of the millions in his accounts. Strangely, from the ashes of that inglorious policy, the Igbo today are at the commanding heights of the economy, thanks to their knowledge-driven industry. Indeed, knowledge is power.

Through the deployment of the apprenticeship system, the Igbo trained their own and together built a formidable economy for themselves, even attracting envy of those who felt they had caged them but in vain.

Now, what has this got to do with a library? A lot!

Like the bank, the wise and discerning need a library. The library is an indispensable bank where knowledge is stored. The Igbo deployed an informal library and excelled.

However, a huge world of difference exists between the Igbo ‘mental’ library and the formal library, which is far better and richer. It is heartbreaking though that this all-important aspect of our learning experience has broken down and missing from our education system.

Our children don’t know they exist and those who do hardly visit the libraries anymore. They would rather waste their time on social media platforms than go to the libraries to read. In any case, those who may wish to do so have no libraries to go to. Like virtually every other thing in this country, the library system is in comatose. It is seldom you see any school these days, even the universities, that has a library facility that is worth the name as in those good old days.

There is an uncharitable remark that if you want to hide any good thing from a Nigerian, put it inside a book; the idea being that the Nigerian would never get to search in the book. That is why many young men prefer to launch into nefarious endeavours that yield quick monetary returns than waste their time reading. Of course, the fact that Nigeria has made nonsense of those educated ones has dampened the enthusiasm of many youths from such engagement.

However, it is salutary that the senator, representing Imo North in the National Assembly, Sir Frank Ibezim, has kicked off a scheme to revive reading culture among our children through the classroom library project, designed to revive the reading culture among Nigerian schoolchildren, renovate existing classrooms and train the teachers on how to interface with their pupils for maximum effect. This is appropriate and there is no better time to launch such a scheme than now when our educational system is pointing south. This deserves the support and encouragement by every right thinking Nigerian.

The industrial chemist and former Imo State commissioner for Agriculture and Natural Resources is very passionate about the project, which he has made a major plank of his outing at the National Assembly.

Ibezim, who is the Vice Chairman of Senate Committee on Industries and a member of the basic education committee, has been unrelenting in driving this project and so, hooked up with the prodigiuos Okocha sisters, Renee and Zara. Both young ladies aged 17 and 22, respectively, have written and illustrated over 45 books aimed at pupils in primary schools across Nigeria. These books are part of the classroom library project, which has been approved by the Nigerian Educational Research and Development Council and distributed by the Universal Basic Education Commission. The project has also received the support of the Federal Ministry of Education.

Ibezim rolled out the first phase of the classroom library project in Okigwe North and Okigwe South, the two federal constituencies of his Imo North Zone, barely a few weeks after his inauguration as senator. He donated books and shelves worth millions of naira to set up the classroom libraries in five schools in each of the two federal constituencies, making a total of 10 libraries in all.

Continuing his push of the classroom library project to the fore, Ibezim recently paid courtesy visits to the leadership of the Senate to canvass further support for the cause of basic education through the promotion of the classroom library shelves. These visits were made to the Senate President, Senator Ahmed Ibrahim Lawan; the Deputy Senate President, Senator Ovie Omo-Agege and the Senate Majority Leader, Senator Abdullahi Yahaya. This followed an earlier visit to the Chief Whip of the Senate, Senator Orji Uzor Kalu.

Distinguished Senator Ibezim was accompanied by Renee Okocha, who is one half of the duo of the Okocha sisters; Mrs. Noni Okocha, a director of the ‘I Am the Future of Nigeria Youth Initiative’, IFON’, a youth-centred non-governmental organisation founded by the Okocha sisters with the objective to re-mentalise and reposition the youth of Nigeria for greater achievements, and Mr. Christopher Iroaganachi a member of the advisory board of IFON.

According to Mrs. Noni Okocha, one of the key drivers of the project, classroom libraries are a sure way of bringing the libraries and appropriate books tailored for the children at a foundational level to the classrooms.

Ms. Renee Okocha offered a brief explanation of her efforts, in union with her sister, Zara, to the principal officers of the hallowed chamber, saying 30 units each of the classroom library shelves had been distributed to all 36 states of the federation, including the Federal Capital Territory, FCT, Abuja.

Ibezim stated that the books addressed such important themes as bullying in schools, child sex abuse, financial literacy, Covid-19 and hygiene awareness as well as sharing and community development in general.

He thanked the leadership of the Senate for its untiring commitment to the cause of national repositioning through education and vowed to keep his focus until nationwide benefits are achieved for one and for all.

The leadership of the Senate expressed its pleasure in receiving the delegation. They respectively commended the young authors for their scholarly strides, commenting on the appropriate timing of such an initiative.

Praising Ibezim for his laudable contributions of the classroom library bookshelves to both his primary constituency and also to the IDP camp in Abuja, they further promised to support the project, especially among their brother and sister senators as well as to extend awareness of the project to members of the House of Representatives.

Describing readers as leaders, Ibezim, had while speaking with representatives of the Imo State Universal Basic Education Board, IMSUBEB, school heads and teachers, during the launch of the project, posited that the library project should be taken seriously and protected to ensure that the objective for setting them up would be achieved.

He had also urged well placed individuals in the state to embrace the school library project, saying the government alone cannot do everything.

Knowledge does not fail and as a matter of fact, even the bible says people perish where they lack knowledge. I also believe that knowledge that is not well preserved and assessed is a waste. So, people should covet to be where knowledge is.

The best repository of knowledge, especially for schoolchildren, is the library. This is more so in this age where the cost of books has hit the roof, far beyond reach. Interestingly, the classroom library project has brought books much closer to the pupils.

Indeed, corporate bodies would do better in promoting worthy ventures as the classroom library project instead encouraging stultifying and morally depraved adventures that have no bearing to the great future envisioned for our children.

…Iwuoma, a journalist and public affairs analyst, wrote in from Abuja.

NADECO Back to Trenches over State of the Nation