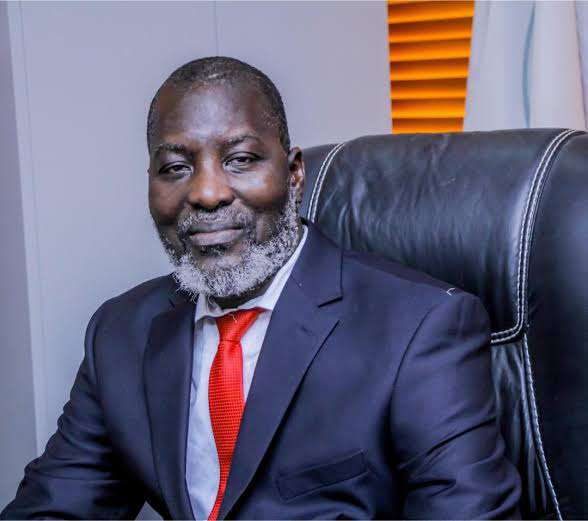 For 25 years it has no single official bus, notorious for perennial strikes and the dearth of equipment was its hallmark

Many soccer pundits till today, describe the 1992 world cup quarter-final football match between, the then almighty Brazilian team and her Italian counterpart as one of the most exciting and remarkable matches in the history of football, all because of a striker who was only brought out from a ban but bravely carried his nation to glory.

Paolo Rossi then was not the epitome of a modern-day No. 9 or a typical striker that many would want to fancy. He was small, frail and lacked the technique that some other Italian heroes in the team possessed, but Rossi would go on to score one of the most memorable hat-tricks in the history of the world cup, against a superior Brazilian side. Italy triumphed 3-2 in the match.

Against all odds his efforts changed the course of world football history, thus becoming one of those few players who will be remembered almost exclusively for his contributions to the World Cup. Italy went on to win the cup that year. He was the game-changer.

In Africa, Paul Kagame the, sixth and current president of Rwanda, is another game-changer history has thrown up for mankind. Within ten years, he has caused a significant shift in the manner of doing business in Africa. He revitalized, repositioned, and restored Rwanda’s lost dignity, humanity and massive destruction occasioned by civil war and genocide.

It started on April 7, 1994 when violence fueled the launch of what would become the worst horrific episode of genocide since World War II. Thousands of innocent people were hacked to death with machetes by their neighbours; including 10 Belgian peacekeeping officers and nearly one million innocent civilian Tutsi, and moderate Hutus. The country laid in ruins.

Paul Kagame, ultimately had a successful military campaign for control of Rwanda. He succeeded. First, he became a soldier, then transformed himself into a statesman and has gone into the history books as a builder of modern Rwanda. Though, one of the smallest countries on the African continent, she is known beyond the borders for its stringent and effective policies. Her transformation to enviable status in the comity of Nations is inextricably linked to Paul Kagame, the game-changer.

Akin to these two game-changers is the sojourn of Professor Abd’Samiu Adewale Musa-Olomu’s world-class performance at the Federal Medical Centre Abeokuta (FMCA). He is a game-changer, who within four years as the Medical Director, has introduced reforms and performance that catapulted FMCA to world space and since changes the hitherto activities of the Centre in a significant way.

The Federal Medical Centre Abeokuta is one of the Medical Centers established as a regional specialist hospital on 21st April, 1993 to provide medical services in the Gateway State of Ogun and for the generality of Nigerians. The initial vision is to provide quality, timely clinical and other supportive services to patients within its jurisdiction in a milieu of qualitative research and training activities. The Centre was expected to achieve these, by adopting a multi-disciplinary approach, providing prompt excellent and cost-effective tertiary health care services, and engaging in research activities that significantly improve the health of Nigerians.

But, these were mere vision and mission on papers before the advent of Professor Musa-Olomu in office. The Centre was rusty, stagnated by ceaseless management and staff squabbles, local strikes running to months, scandals, victimization of staff, low staff morale, shortage of equipment, corruption, low capacity building amongst staff, self-opinionated staff, denominational divisions along with religious lines, low internally generated revenue, scantiness of drugs, collapsed theatre suites, unfriendly patients and staff relationships, fetish atmosphere, choked up office spaces, understaffing, ubiquitous suspicious workforce and a cult-like interrelations. FMCA was a ‘haven’ for sex for promotion or study leaves and fetish objects by road sides in its compound.

The picturesque was putrid and the landscape dotted with dilapidated buildings, the pharmacy in non-conducive structure, the few buildings standing had faded paints and no hall for meetings, often such was held on an open field, thus at the mercy of the natural elements. Some staff were absentee staff while others in addition to their jobs were traders, contractors and suppliers of items to the hospital. The command structure was almost none and the hospital was a mere consulting point with doctors diverting patients to their private clinics. It was a Centre of beldam.

The cult-like mode of operations accounted for why, on assumption, a group of staff orchestrated a failed protest over his appointment as the new Medical Director for one of them to step into the saddle of leadership and maintain the status quo. Eventually, when he settled down for business, he became the game-changer, needed to reposition the hospital and liberate the workforce that stagnated for over ten years.

With very limited infrastructure and trained personnel inherited from his predecessor, his cerebral personality affects a significant change; even within other ancillary aspects of operations; like: security, banking, road-networks, staffs welfare and the comfort of the patients’ family.

Today, FMC under him has witnessed a phenomenal transformation in infrastructure, human resource development, and peaceful industrial harmony. The unprecedented healthcare activities of this game-changer cannot be over-emphasized. It ranges from the provision of infrastructure, disease surveillance and immediate intervention during diseases outbreaks. These are in addition to prompt settlement of professional disputes to bring peace to the hospital. His effort on peaceful industrial harmony is complemented by regular payment of salaries, wages and allowances.

These are other numerous achievements. He activated five suites out of the eight suites in the modular theatre. On assumption, only one of those suites was working. The Labour room theatre is in a functional capacity. He procured and installed digital mobile X-ray machine, 64 slides CT Scan machine, Fluoroscopy and Mammography Machine, endoscopy machine and 3D/4D Ultrasound Machine. Two dialysis machines were recently procured and dedicated for covid-19 patients as well as procurement of ICU ventilator with Multi-Parameter Monitor and essential equipment for internal medicine (Cardiothoracic unit). Similarly, he activated a stroke unit, established the neurosurgery unit and employed neurosurgery Consultants. The Centre presently boasts of 3 open heart and 2 Laparoscopy surgeons Catlab.  In addition, his administration completed an Oxygen production plant for a regular supply of oxygen cylinders to the Centre. The plant has the capacity of producing 120 Oxygen cylinders every week.

He envisioned a Federal University of Medicine and Medical Sciences for Ogun state and went on to acquire, 170 hectares of land and successfully paid compensation to the landowners. He commenced and completed a Telemedicine and Multi-Purpose hall; Commenced and completed the new Pharmacy Building Complex, Completed a 4-wing complex which had eased accommodation challenges in the Dental, ENT, Ophthalmology, and Physiotherapy departments. He undertook the full computerization of the Centre and procured a 500KVA power Generating machine to tackle frequent power outages in the Centre.  He initiated a Public-Private Partnership (PPP), for the pharmacy department which has drastically improved pharmaceutical services and bringing down to almost zero point the out of stock syndromes of the past.

In the area of human capacity building and manpower development; his administration offers employments to several highly skilled healthcare professionals ranging from Consultants, nurses, medical officers, Admin & Account officers, porters, health attendants among others to further impact effective service delivery and ensure patients’ needs are met promptly. His administration also ensures a career progression for members of staff (mostly health attendants and secretaries), who have been stagnated on Conhess 3 for about 20 years. Such staff have been offered the opportunity of rising to Conhess 7 salary scale. He ensures regular sponsorship of staff on training and workshops, geared towards better performances. He used his academic background to have key departments got full accreditations. The departments are; Internal Medicine, Anesthesia, Pediatrics, Obstetrics & Gynecology, Community Medicine & Primary Health Care and Dietetics Nutrition.

In furtherance to his passion for growth in the Centre, recently he attracted a $400M grant from Afonja Foundation, for the use of the Centre and another ₦500M Cardiac Centre from Hon Mojeed Adekoya, the Deputy Minority Whip, Federal House of Representatives. FMCA came first in the Servicom Presidency Evaluation of all Federal Medical Centers in the country, the Centre was awarded a remarkable three stars enviable status.

But notwithstanding these achievements and the transformation of the Centre, he faces myriad challenges from a micro section of the staff whose morbid hatred for his transformational agenda is best imagined.

These staff, as spare-headed by a part of the Management are loquacious and desperate to remove him from the Centre. Daily, they deploy an arsenal of lies and blackmail to undo his reputation.

Also, they write frivolous petitions to many places and concocted many offences against him.

Despite their failures with their petitions, they remain undaunted and hell-bent on removing him because of their selfish reasons.

They engage some journalists to present their jaundiced views to the public, with a view to swaying public opinion against him and influence the decision of the Ministry of Health, his employer against his second term bid.

The truth is that their efforts are likely to be a nullity when it comes to shove. For the outside watchers of events and to the majority of the staff, Musa is a leader who does things with ease and has brought on the institution international recognition.  If a popularity test is conducted amongst the staff at FMCA, he will triumph with huge votes. What they like about him are his ability to have things done and his transparency.

Abdulfattah Abdusalam, who manages the PEACE Magazine, an Independent Islamic News Publication, wrote in from Lagos.