OPINION: MEMO TO THE PRESIDENT (NO. 8) 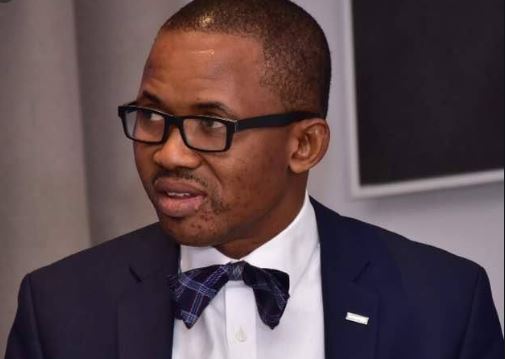 There is no gainsaying the fact that the recent clampdown, brutality, harassment, killings and inhumane treatment of Nigerian citizens especially the youths by some dark section of the Special Anti-Robbery Squad have left much to be desired of the Nigeria Police Force.

All these acts which has finally led to a backlash, clearly arose from men of the SARS Unit ignoring the rule of law and employing the use of force without basis/due process.

These developments have generated hues and hubris from different quarters and strata. The air is thick with raging reactions, reprimands, all kinds of anathema, diatribe and protests from Nigerian Youths, political pundits, lackeys, celebrities, and even in the international scene.

This is looking very much like another season of blindness for Nigeria. That blindness doesn’t arise from lack of eyes. No, the eyes are there prominently poised on either side of the nose- bridge.

That blindness in question emanates from inability and refusal to see, analyse and evaluate the enormity of the foundational problem currently beleaguering the Nigeria Police Force, other security Agencies and the nation at large. In order not to throw out the baby with the bath water, as a Legal Practitioner I have carefully considered the issue at hand and I am compelled to lend my two cents viz-a-viz constitutional provisions and legal framework.

As a preliminary, it must be noted that the litmus test for the determination of a great nation is good governance and good governance is characterized by open and enlightened policy-making, with an executive arm of government that is accountable, a strong civil society and a bureaucracy that is truly professional, all acting within the law.

The ingredients of good governance are inclusiveness, transparency, accountability, effectiveness, equity and the observance of the rule of law to ensure that the voices of all, including the most vulnerable in the society, are brought into the decision making process.

Nigeria as a developing country is still in the process of evolving a clear democratic political culture.

At present, a weak economic base, perennial unemployment, especially among the youth, women and other vulnerable groups and political instability have beset the country, worsened by a most disturbing problem of insecurity and lack of adherence to the principles of rule of law without which the growth of the nation would only amount to a mirage.

It is quite unassailable that the present travails of the Nigerian youth and the vulnerable in the hands of some unscrupulous elements of the Special Anti-Robbery Squad (SARS) which informed the protests must be seen as a continuation of the war being waged on the desecration of the entrenched principles of rule of law.

While celebrating the Nigerian Youths for the clarion call and a battle well fought, it is quite obvious that disbanding the SARS without reforming the Nigerian Police Force is only a Greek gift that can only yield a placebo effect.

It is imperative to draw attention to Clauses 2 and 3 of the highlights of the IGP’s speech where it was stated that all officers and men serving in the Unit will be redeployed to other Police Commands, Formation and Units and a new policing strategy would be put in place to tackle armed robbery.

It is stating the obvious that considering the ‘expertise’ of the members of the ‘defunct’ SARS Unit, they are undoubtedly the same set of persons that will be utilized in the said Unit to replace the SARS.

Let us be clear on a point: I believe the issue at hand is one which is etched on adequate legal framework by ensuring the observance of rule of law and not just the continued existence of tyranny disguised under the cloak of ‘disbanding’.

In conclusion, on the backdrop of the cyclical problems beleaguering the Nigerian Security Agencies and in the instance, the Nigeria Police Force, in lending my two cent, my recommendation are as follows:

iii. Strict enforcement of accountability for any bullet discharged from any ammunitions and instant disciplinary action;

vii. The name “Nigeria Police Force” should be rebranded to “The Nigeria Police” as it is not a “Force”. Its main responsibility is the protection of lives and properties and prevention of crimes;

viii. Adequate compensations for verified victims and casualties of police brutality and keeping of records for such numbers of SARS Unit members found wanting and prosecuted for brutality.

FROM THE INSIDE: AN ENEMY OF THE PEOPLE