(OPINION) Iwo: Before the Gavel Drops 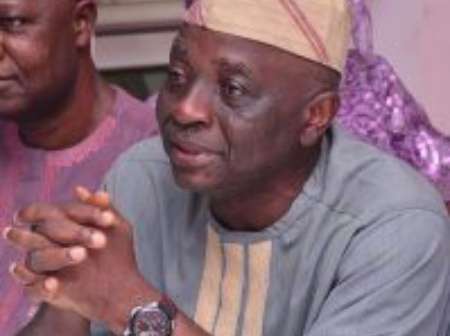 I am not from Iwo lands (in the State of Osun). My origin is far from the city, but my affinity for the town is high pitched. The interest is borne out of two reasons. These reasons made me a keen watcher of developments in Iwo land in terms of infrastructural, socio-economic, political and Islamic developments.

The first is that Iwo prides itself as a citadel of Islamic knowledge: “Ilu Aafa.” There is a deep history, which made the town exceptionally Islamic compared to other towns in Yoruba Land. It has the first monarch in the entire land that accepted and established Islam among its people. The Oluwo, Muhammadu Lamuye, built a mosque in 1655, the first indigenous mosque in Yoruba land. Muslim missionaries, who saw Islam, not as only religion but a way of life, joined the efforts later in establishing Arabic/Islamic schools, which led to Islamic revival in Yoruba land.

Thus, nearly every Muslim in Iwo is well versed in Arabic and Islamic knowledge, including their females. In addition, Iwo has the first Sharia court in Nigeria built in the town, the first Islamic Internet Radio in Nigeria, a Centre for Muslim Women Development, different schools for Quranic memorization and the headquarters of Women in Purdah in Nigeria. It remains the only town in Yoruba land where her king has been crowned with a turban and not a crown, regardless of the king’s religious persuasion. Everything about the city is related to Islam. Thus, the town is Ilu Aafa- (the city of Knowledgeable Muslims).

The second reason is the activities of the King of the town, Oba Abdul Rasheed Adewale Akanbi the Telu 1. Let, us give it to him Kabiyesi has brought youthfulness and reasonableness to bear on the growth the town is witnessing and has involved in the reorganization of Muslim activities in Iwo land to make Islam flourish and impact the throne with developmental projects within Iwo .

Regardless of his personality outlook as a radical king, he is a performing king, passionate about his subjects and a stubborn reformer. People in Iwo are core conservatives and insular to their beliefs and practice it takes a personality like Kabiyesi to get things done. In an interview he once granted to the PEACE magazine, he had this to say: “What I met on the ground among my Muslim subjects was best imagined. I, met stagnation, dearth of Islamic values and a disposition only towards Arabic and Islamic education without adding western education and was not acceptable to me and had to change. To be a king is about service, serving the people and not about ruling over the people. With Allah’s permission and support of many progressive people of Iwo land, we all agreed on the need to change the ways we do things in the past, add necessary modern values that shall take Iwo to greater heights’’.

My close watch on Iwo political development for a non-indigene like me is confounding. The, confusion is because of its awkward political mannerism. Geographically, Iwo land is the largest constituency in Osun state, despite its largeness, it is yet to produce the governor of the state, neither the deputy governor nor the Speaker. Iwo remains inconsequential in political administration in the state and the country. At different times in the past her citizens were principal officers at the Federal House of Representatives.  Patricia Olubunmi Etteh served as the Speaker, and Yusuf Sulaimon Lasun, served as the deputy Speaker; none of these two is from Iwo land. Furthermore, most of its representatives in government, particularly in parliaments and assemblies, are minnows in parliamentary jargons and methodology. Often they are benchwarmers. In the past, none of her parliamentarians was clever enough to attract any Federal or State constituency project to Iwo land since the First Republic until recently.

FROM THE INSIDE: Why President Buhari loves Dave Umahi

The reason for this is not farfetched. Iwo has been playing politics of elimination of its political gladiators without consideration for the collective political gains of the town. Thus the selfish interest of the political kingmakers comes first before the town’s growth. The consequence of that is that Iwo representatives hardly go to seek from the Nigeria Commonwealth beneficial projects for the area, except for their benefits. It’s noted for changing its representatives at every election. Such is certainly a disservice to the area because often, they are not giving enough time to fish for juicy democratic dividends in the fishing waters of Nigeria. Dividend of democracy can only be made available after studying and mastering the esoteric nature of sharing the national cakes. In the North, most of their parliamentarians are in the Assemblies for a long while; they are changed due to inter-party electoral defeats and not intra party mechanism. Some of them are in their fifth term. Since the first Republic no single person has represented the Iwo constituency twice, until in a recent past.

Iwo political gerrymandering may play out again despite the phenomenal development the land is witnessing and the qualitative representation of its representatives in the current political dispensation. Iwo political kingmakers would rather jettison pragmatism for conservatism than allow the winning to remain.

To one’s dismay, efforts are in progress to replace their representatives across the platforms; this may also affect Senator Adelere Oriolowo, an Engineer, who currently represents the good people of Osun West Senatorial District at the Senate. His proposed replacement in the Senate to a keen-watcher is tantamount to political hara-kiri. (Japanese  method of killing self). If the plan succeeds, it shall send Iwo town backward and erode the gains she is about to enjoy.

In the history of Iwo representation in the National Assembly, no parliamentarian has attracted many gains to Iwo land like the efforts of Senator Oriolowo. The battle to situate the Federal College of Education campus in Iwo was fierce. Senator Oriolowo and his team fought gallantly at the plenary and caucuses floors of the Senate chambers to have it.

Sadly, the clandestine manoeuvring to remove him is premised on the mundane interest of the few Iwo political gladiators, loathing for the senator and the Pull him Down syndrome common in Yoruba Politics. These few power brokers turn blind eyes to his proven records and monumental strides and spare no effort to rubbish him in the sight of the amiable Governor of the state, Alhaji Isiaka Gboyega Oyetola. They flaunt his political errors as if it is abnormal in political circuits to commit such errors. Senator Oriolowo is accused of sitting on the fence while the Osun politics was up in smoke, whereas his silence was to ensure a lasting peace.

On this, I can only hope the aphorism in the Yoruba myth will play itself out. The elders knew no matter how clever a child is in eating solid pap it will soil his hands. Also, when a child commits an error, the elders forgive such with the hope it is part of the child’s learning curve. To err is human, to forgive is divine says the Scriptures. But the Senator’s seeming political errors should not be too much to forgive. It is also hoped well-meaning Iwo indigenes in Nigeria and overseas wade into this and appeal to the appropriate persons to sheathe their swords for posterity and the collective good of the Iwo generation yet unborn. Governor Oyetola, as a fatherly figure, should see the development around the Senator as part of politics. His amiable personality should come to bear on this. The projects he attracted to the land are still in their infancy and need more time at the Senate to nurture them to life for the good people of the state in general and Iwo people in particular.

FROM THE INSIDE: Why President Buhari loves Dave Umahi

(FROM THE INSIDE) THEY CLAIM BUHARI HAS DONE NOTHING. UN SCRIBE, ANTONIO GUTTERES,…