(OPINION) From N450m to N1.5bn monthly: The story of Nasarawa Revenue Board under Ahmed Yakubu 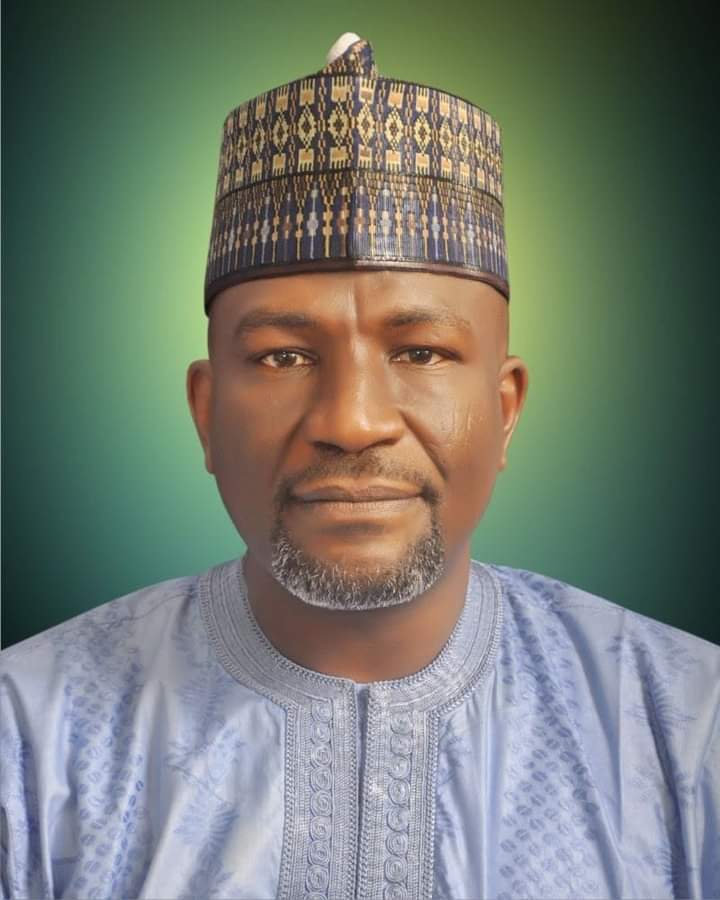 Ahmed Yakubu’s appointment couldn’t have come at a better time, especially with the policy thrust of the then incoming administration of Engineer Abdullahi Sule, geared towards maximizing internally generated revenue in order to make Nasarawa State less dependent on federal subvention.

With a background from the Revenue Mobilization Allocation and Fiscal Commission, Abuja, Ahmed Yakubu’s appointment to head the NSBIRS, was indeed, putting a square peg in a square hole. He was adequately prepared for the job and he immediately hit the ground running by undertaking a holistic inspection tour of the entire structure of the board.

Having undertaken an on-the-spot assessment of the entire structure housing the state internal revenue board, Ahmed Yakubu discovered severe infrastructure deficit, poor working conditions for staff, lack of operational vehicles, such that a single motorcycle was shared among four area tax offices located in Karu, Maraba, Ado and Masaka axis, as some of the factors hindering the board from efficiently carrying out its assignment.

Ahmed Yakubu’s hands-on leadership style saw the unfolding of pragmatic approach to addressing these observed lapses. The executive chairman was always out on the field, as the infrastructure challenge stretched across the zonal tax offices, which are mostly rented facilities that fall short of the required modern tax outfit. Except for Awe, Keana, Obi, Doma, Akwanga, Keffi and Nasarawa zonal offices, all the rest were rented buildings which lacked adequate facilities for a modern tax office.

To get the board on the right keel, Ahmed Yakubu got to work by embarking on cogent reforms that saw to the improvement in  staff monthly impress cutting across all cadre of staff, including those at the zonal, liaison and area tax offices. This served as motivation for staff to achieve stated objectives in line with the aspirations of the board.

He also saw the need to enhance capacity of staff by sponsoring deserving staff of the board to acquire more educational qualifications such as doctorate, masters and even first degrees, as well as other professional membership of bodies such as ICAN, ANAN, CITN, JTB, among others.

In order to address the deficit in infrastructure, the board established two liaison offices, eight area tax offices, as well as embarked on total rehabilitation and maintenance of office operational vehicles. Equally, the board under the leadership of Ahmed Yakubu purchased office equipment such as desktop and laptop computers for staff to facilitate efficiency and prompt discharge of responsibility.

Other key interventions introduced by the board include the establishment of revenue courts across the three senatorial districts to deter as well as prosecute tax offenders. The board also engaged the services of competent persons to serve as consultants to add value to internal revenue collection and to adequately train staff.

As added motivation to staff of the board, Ahmed Yakubu ensured prompt payment of allowances, DTAs as at when due, production of T-shirts and caps for staff members, engagement of additional casual staff for the purpose of increased IGR collection.

The board equally embarked on the massive arrest of criminals who engage in producing faked documents to short-change both the board and unsuspecting public. This is just as the NIBRS embarked on aggressive mass media campaign to spread across activities of the board. As a step towards ensuring prompt renewal of driving license, the board under Ahmed Yakubu introduced the Electronic National Driving License (ENDL) centers in Akwanga, Keffi and Lafia. This saw to the massive renovation of other ENDL centers.

Significantly, the NSBIRS completed the consolidation and automation of the state IGR from assessment, collection and maintenance of taxes and subsequently introduced the bank 3D central billing system in order to accelerate the process. The board however look forward to deploying this process across all MDAs.

The high point of the Ahmed Yakubu stewardship was the efficient coordination of IGR collection in line with the accountability and transparency mantra of the Engineer Sule administration, which brought about major reforms in tax administration in the state. This development saw the state between January 2018-September 2021, generated a total of N40, 261, 377, 683. 46 as IGR, against N17, 858, 863, 097. 69 between January 2014-December 2017. This increment in IGR generation represents 44.38 percent.

In the same vein, the board is working on recovery from the post IPPIS period, with another N20bn expected to be recovered in collaboration with the JTB office of the Accountant General of the federation and the Federal Ministry of Finance.

More so, the NSBIRS under  his leadership spearheaded the passing into law of the Nasarawa State Revenue Harmonization Law 2020, saw to the recovery of over N300 billion for Nasarawa State Government and the introduction of central billing system which has reduced leakages of revenue drastically, as well as the automation of the processes.

YOU MAY ALSO LIKE: http://Buhari under serious examination as Reno Omokri blasts president’s ‘ineffectiveness’

In fact,  despite all the inherent challenges, the board under Ahmed Yakubu was able to increase the state’s monthly internally generated revenue (IGR) from N550million to N1.5 billion through introduction and enforcement of property tax, withholding tax on rent, pool betting and gaming, development levy on individuals and capital gain tax.

As a way to further boost internal revenue generation, Ahmed Yakubu constituted an appraisal committee to review the activities of consultants engaged by MDAs and local government areas across the state. This is aimed at effective and efficient coordination of revenue collection across all tiers of governance.

Launching the strategies recently at the Government House, Ahmed Yakubu, said the four new strategies introduced for improved revenue collection include the introduction of new Point Of Sales (POS), stamps which are specialised to be used in the state, automation of the processes and procedures of collection of revenues from tricycles and other motorised vehicles used and introduction of a special plate.

As part of fulfilment of the state revenue harmonization and Administration Law 2020, the board inaugurated the LGAs Revenue Committees for the three Senatorial Districts of the state, aimed at enhancing revenue collection.

Speaking on his stewardship that saw the NSBIRS grow in leaps and bounds, Ahmed Yakubu said:  “What we met as at the first month was N430 million collected monthly. So in the first month when we came in we had monthly collection of between N400 million and N500 million but as I speak, from what we have put in place, we have reached a target of N1.2 billion monthly.

“You can see it is almost three times what we met. Initially we were given a target of one billion naira monthly, we have hit that and a new target of N3 billion monthly has been set for us by Governor Abdullahi A. Sule; we are also putting in place things that will ensure that we can meet that target. It is not insurmountable, it is something that is achievable and we know we can do it.”

Among measures instituted by the board to prevent pilferage, leakage as well as enhance its collections is automation of its processes.

“Since we came in we have put many things in place to ensure that we improve revenue generation in Nasarawa State. One of the first things we did was to automate our processes and procedures; we have also stopped the usage of manual receipts, we now use electronic receipts, these are some of the areas whereby you find pilferage and leakages. We have a billing system where we generate invoices, our payments are done electronically, through all the channels – from banks to the ATMs, POS and other payment platforms that you have. Thirdly, we have also introduced the Nasarawa State Harmonisation and Administration Law 2020, whereby we have harmonized revenue collection in the state, both for the state and local government”.

“This is a major achievement of Governor Abdullahi Sule who signed the bill into law on December 31, 2020. The Board of Internal Revenue is now in charge of collections of revenue, both for state and local governments; we also aid the local governments in these collections,” he stated.

Prior to that,  local governments were doing their things separately from the state but Ahmed Yakubu saw that there were so many leakages because of the crude manner in their collections. So the board had to introduce automated systems and electronic means of collection in order to aid the local governments.

“This is a period whereby we cannot depend solely on what comes from the Federation Account, Nasarawa State has so much potentials which we have to look into and see how we can diversify and collect such revenues, that is what we are doing and we are really seeing progress in that,” he explained.

During his stewardship as head of the board, Ahmed Yakubu successfully introduced numerous innovations that lifted Nasarawa State to enviable heights as far as the collection of revenue is concerned. In fact, the NSBIRS never had it so good like under the first four-year tenure of Alhaji Ahmed Yakubu Mohammed.

(OPINION) AKINLADE, THE PRIDE OF THE WEST TURNS 55