OPINION: For Kole Shetima and Amina Saliu on their special anniversaries 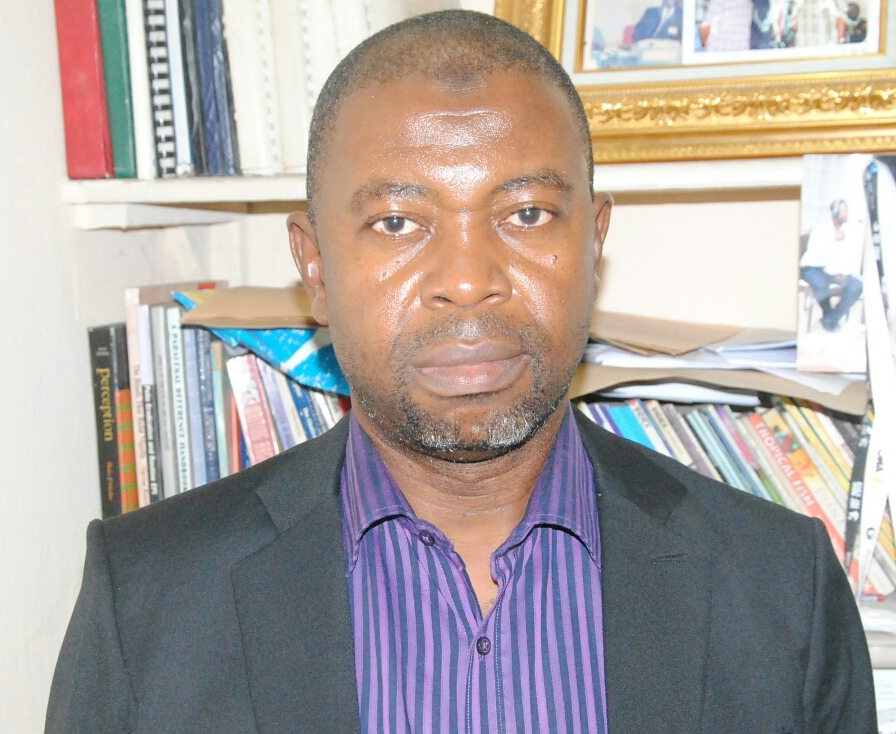 For my former colleague at Concord Press, now a young grandma, Patience Akpan, every child or grandchild of hers is her favourite. The scintillatingly beauteous and fashionable professor at Arizona State University in the United States seizes every opportunity to register didactic messages on her fans. These favourite children and all the favourite grandchildren always radiate excitement in her presence. Who will not feel appreciated as a favourite, anyway? Like Patience, all my February-born friends are my favourites. This year, however, I chose to settle for two, as my star favourites both born on February 12.

February 12, 2020 instantly revives something close to the excitement with which I did my “Special Anniversary Love Note” last year 2019. That piece, available online, was dedicated to my lovely wife of over two decades.

My favourites today are two of my colleagues in development campaigns whose date of birth coincide, and more strikingly, on round figures of 50 and 60 years. The duo, Kole Shettima and Amina Saliu, now work in the Nigeria Office of MacArthur Foundation headquartered in Chicago, United States.

Kole and Amina are two of a kind in all essence for me. The support for anti-corruption campaigns in Nigeria by MacArthur Foundation, which this duo anchors together with their team remain by far the most far reaching as well as the most visible even as they are the most professionally designed and coordinated. My involvement in one is as much in some others, by different organisations. As I write, twitter messages from different sources are flying around about different anti-corruption efforts supported by the duo’s ingenuity. The Lanre Suraj-led HEDA is sharing with the world the pricelessness of its new publication Compendium of 100 High Profile Corruption Cases. Kininso Concepts Pro, a drama production company renowned for its ubiquity and excellent performance is also high up with the re-tweeting of another forthcoming publication, intended to further the anti-corruption campaign of MacArthur. While I was only a little but significantly involved with the former title published by the Lagos-based organisation, I’m co-editing the latter with Mallam YZ Yau, executive director of the Centre for Information Technology and Development, CITAD based in Kano.  It is worth noting here that the support by MacArthur for anti-corruption campaigns is as far-reaching as much as unifying for the citizens.

Just wrapping up with a World Bank consultancy some thirteen years ago, Amina, at the instance of my all-time cerebral Professor Isaac Albert, hired me as a communication consultant for the Coalitions for Change, C4C, a DFID programme. Brainy but modest Amina was extremely transparent in drawing up my contract terms, submitting fully to the genuine dictates of democracy. The contract turned out to be unprecedentedly rewarding for me, far outclassing the just concluded World Bank remunerations. Yet, the matronly but modest holder of a first class degree would punctuate her intermittent directives to me with “egbon”, to emphasise her politeness, even as she would never miss out on defining targets and deadlines.

My collaboration with Amina at C4C  would remain a great treasure to me for life. What other calling could be greater than building lives?  Even as young adults that we were driving the vision of C4C, we had the privilege of being resourced to reconstruct the dominant moral narratives of our dear country, Nigeria. In other words, as part of our mandate, we sought out competent youngsters, our change agents, just finishing NYSC for suitable internship supported by C4C. The internship was not the regular version. Prior to the recruitment, which was completely free from influence, having been duly advertised with no visible suggestion of the sponsors, we had identified likeable change champions from different sectors including politics.  After the successful ones had scaled through all stages, induction proper began. Remarkably, one of those invited to address the induction sessions was Chief Newton Jibunoh, the celebrated Sahara Desert adventurist. The internship scheme was to prepare the change agents to learn under those we designated as change champions so they could ultimately help rebuild the Nigerian society.  Today, a good number of those so discovered and others have come of age and developed professionally.  Not a few NGOs including CDD, CISLAC and a number of other development initiatives are beneficiaries of the C4C intervention.

At the instance of our C4C Queen Amina, I was the sole handler of the contents of the electronic communication channel of the programme. I did my best to endure the somewhat novel platform then. But by the time my contract was over, the electronic mailing system became a winning experiential asset for me. Pronto, the Prof. Tunde Babawale-led Centre for Black and African Arts and Civilisation, CBAAC, signed me on as the agency’s e-communication consultant.

Incidentally, Oga Kole, without any knowledge of my work history with Amina, pointedly told me that Amina would be the one to reach me when they would need me for some project.

Kole’s capacity for remembering bits of information can be stunning. Before getting to interface with him more closely in the recent time, he was rather more in the socio-professional bracket of Abdul Oroh and Olisa Agbakoba, my bosses at the Civil Liberties Organisation, CLO. But he is not the type that discounts anyone.  Almost ten years ago, he ran into a colleague in UK, who asked after me. There and then, Kole put a call through to me for immediate bridging.

Kole, as the Africa Director of MacArthur, even makes no ruckus about having to render free teaching and obviously mentoring services to some Nigerian university students. For him, it is not only about the support, which he has the capacity in abundance to disburse to the deprived sectors in the society, it is also very much particularly about the sustenance of the right values for our dear Nigeria.

The other day, I was at the Bayero University, Kano’s Faculty of Communication, and it coincided with Kole’s visit. I, therefore, had the privilege of touring the broadcasting facilities there. All of them were of the latest model and supported by MacArthur. I was green with envy even as an external examiner to one of the departments in the faculty. Then Oga Kole had an admonition for me: Tunde you see, let’s be prepared for our respective responsibilities at all time. Not that I was out to dispense some favour to them here. The team here just impressed my visiting President at MacArthur, as serious and prepared. The result is what you have seen.

Really? With my VC at LASU, Prof Lanre Fagbohun, as the only VC bagging the National Productivity Merit (NPOM) award in 2019, I concluded that MacArthur would soon look in LASU’s direction, especially as it is debatably, home to the most creative, visionary communication programme in Nigeria. It is also the most strategically located to service the highest concentration of media establishments in the country, which is why our postgraduate programme is uncommonly star-studded.

Given Kole’s penchant for efficiency, surely the grant-making leadership for MacArthur in Africa, which he drives, will for long remain the one to be beaten.

For both Kole and Amina, I pray that Allah continues to be their strength in both domestic and official environs.

Tunde Akanni, PhD, is the Director of Digital Media Research Centre, DMRS, of the Lagos State University, LASU. Follow him on Twitter @AkintundeAkanni