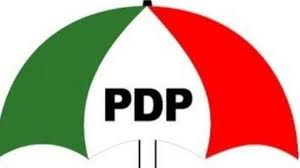 Ekiti State as one of the seven Nigerian states experiencing off-season governorship election will be having a poll next year. However, not only the politicians but every rational-thinking person is likely to perceive the crisis in the Ekiti State chapter of the Peoples Democratic Party (PDP) as a threat to its victory in the upcoming election, as a major opposition party in the state, nay Nigeria.

However, internal crisis is not peculiar to the PDP rather, it’s a common phenomenon in all the existing political parties in Nigeria.The All Progressives Congress (APC) as the ruling party, has several issues to sort out too. But, it has the power of incumbency  both at the state and federal levels, which might be the difference.

The PDP as an opposition party obviously has more work to do. Hence, the urgent need to put its house in order vis-à-vis  the issues surrounding the party congresses conducted last year.

The PDP congresses actually generated much furore among the party members during the last year but I think the constant position of the highest ruling bodies of the party, the NWC and the NEC has naturally settled the matter. They approved all the congresses. The lower court equally recognised the importance and position of the highest ruling body of the party over the congresses. The Bisi Kolawole led-excos at the ward, local and state levels are already functioning and dully recognized by the concerned authority. No recognition is given to any parallel excos.

Inasmuch as the organisation and conduct of the party congresses and primaries are  constitutionally and incontrovertibly the duty of the NWC, as equally alluded to by the court,  then, the crisis is over. But, at times politicians could unnecessarily orchestrate issues for different motives.

The PDP at this junction should embark on reconciliation. It must use an effective conflict resolution mechanism  to reconcile the aggrieved members so that they can all jointly work for the victory of the party in 2022.That’s the usual practice in every representative democracy.

However, the PDP should be careful this time around and ensured that a genuine reconciliation is achieved. Nothing can be more dangerous than unidentified enemies within the party. Disloyal and recalcitrant members are burdens and liabilities to any political parties and it’s better to lose such people to opposition than to forcibly retain them in the party as moles. They can surreptitiously damage the party most especially during the general election as the case was during the  2018 governorship election  in Ekiti State.

To the best of my understanding, the PDP organized a free, fair and credible primary election which produced Prof. Olubumi Eleka as the party candidate in 2018 under the chairmanship of Dr. Ifeanyi Okowa, governor of Delta State. The runner-up, Prince Dayo Adeyeye openly accepted defeat before the media cameras and commended Dr. Okowa for organising a credible primary election. Unfortunately, less than 48 hours after, Prince Adeyeye disowned his earlier position and defected to contest as senator in the APC. As expected, some of his loyalists defected with him while others stayed back in the PDP and covertly wreaked havoc against the party during the governorship general election.

The treacherous and dubious roles played by the disgruntled and irreconcilable members  was one of the major reasons the PDP lost the 2018 governorship election in Ekiti State.

The PDP should learn the contemporary history and make the necessary adjustment. Every reconciliatory move is worthwhile, but at the same time efforts should be geared towards identifying those who are genuinely reconciled, the impostors and moles who might only want to remain in the party and work for the opposition.

The PDP reconciliation should be of two folds, which are, the post congresses and the post governorship primary election reconciliation. Thereafter, appropriate intelligence should be deployed to separate the  wheat from the chaff in order to avoid the scenario that played out in 2018. Trusting disloyal members with sensitive information, money and strategy could be highly perilous during elections. A word is enough for the wise.