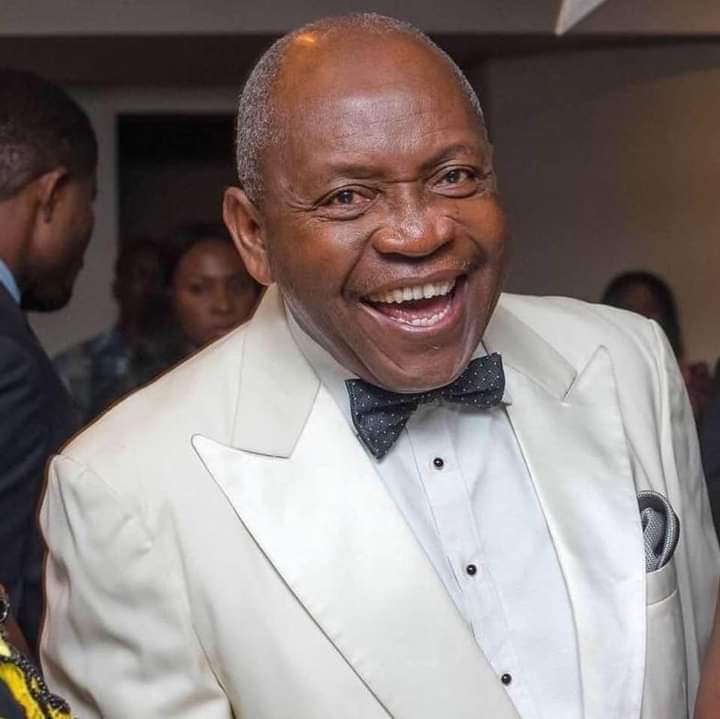 There are men who are acclaimed for possessing the rare ability to gaze into the skies and find information not available to everyone else. These star gazers are reputed for watching the stars and planets and tapping into the rhythm of the universe to provide information that help men order their steps.

Whereas some information may be hidden as the claim usually is, there are things that one does not need special viewing instruments to discover. They are the deeds of men done in the presence of other men for humanity and for the men who watch these events play out. One such event will play out before our very eyes on Thursday January 28, 2021 as an illustrious son of this nation turns seventy-five, to the glory of God.

I have this unique privilege to announce to the world that a titan by every description, Prince Adeyemi Adefulu MFR turns seventy-five on Thursday January 28, 2021. And this I announce with every sense of pride and fulfillment.

Pride in that I have that singular honour of being the bearer of good news, as the Bible would say, “How lovely on the mountain are the feet of they that bring good tidings”.  Fulfillment because God has given me the privilege to work closely with him and learn incredible things from the man of proven valour, who I now celebrate!

There is a saying that you do not watch a masquerade standing in one position. Otherwise, one would end up with an experience similar to the famed story of the six blind men of Indostan who went to ‘see’ an elephant. Each coming off with a description of the elephant according to the part of the huge animal they touched.

The life and involvements of Prince Adeyemi Adefulu MFR presents such a challenge to persons seeking to see the entirety of the man standing only in one or two areas they have been involved with him.

Speaking plainly, there are so many sides to Prince Adeyemi Adefulu than one can capture in an article or in one rendition and all the parts and of defined quality and pedigree.  The opportunity falls to me, however, to do the best I can.

Prince Adeyemi Adefulu MFR is a successful legal practitioner and a publisher. These are some areas most people see. Not many remember that he is also a politician, and a highly respected one at that. For students of political history in Ogun State (and they are getting fewer by the day even as the number of politicians swell), Prince Adeyemi arrives easily among the first five politicians in Ogun State, standing strictly with the meaning of ‘politician’.

At a recent event, the 40th anniversary of St Johns Anglican School, Abeokuta, Chief Adefulu while delivering an address as the distinguished guest of honour, went down memory lane to tell the audience of one of his experiences. A military junta had taken over and thought that the best way to extract information from politicians they suspected of fraud was to keep men locked away for years. They saw Prince Adefulu as Chief Onabanjo’s golden boy – a tap here and one there and he would spill the beans. But there was nothing to spill because he served under a boss who was not a thief and whose integrity would not brook stealing even among his subordinates. He owned one house going into the office and the same house until he joined the saints triumphant.

Knowing this much about him, it comes as no surprise therefore that Prince Adeyemi Adefulu MFR is a working man and one who detests laziness, pretence and guile. I found that to work with him, you have to be upright and transparent. Though his eyes are soft, they are piercing. Some say he can see through one’s nervous system and spot a lie while you are still forming it. He is not the kind of leader one can dazzle with words, terminologies or one that can be blocked off by a wall of deceit, half stories of smokescreens. Being ICT compliant and having a super active mind behind those spectacles, it will not be long before truth comes out. The solution is to be totally sincere and above board when working with him. Despite his legal stature and his political standing, Prince Adeyemi Adefulu MFR, is very sociable. An ardent golfer and an open-handed host, he would entertain you when you visit until you say enough.

Upon his appointment as Chairman of TASCE Governing Council, he brought his full weight to bear. He left no one in doubt from the very beginning what his mission is and how he did not intend to fail. He has shown incredible respect for processes and people. He consults the high and mighty as well as the low and unheard when a decision is about to be taken. His respect for others is glaring in the manner he leads and works with the members of the Governing Council and Management with whom he forms a synergy that has benefited the school immensely. Within a short time of his appointment, he has recorded a list of achievements which include; restoration of normalcy and discipline in the system, facilitating of a $3.5m Danida agricultural project for the College, establishment of a farm project for the College, establishing of a block-making venture with a delivery truck, making 3000 blocks per day and improvement in staff salary situation.

He also facilitated the accreditation of PDE (Professional Diploma in Education) Programme with TRCN (Teachers Registration Council of Nigeria), initiation of more affiliations with institutions of note, developmental of proposal for the expansion of the curriculum of the College and the new College of Education, Science and Technology, securing of an increment in the College quota from JAMB for the degree programme in affiliation with Olabisi Onabanjo University, Establishment of full banking service in the College alongside an ATM gallery, also commencement of the construction of the School of Arts and Social Sciences with intervention funds from TETFund and Commencement of Distance Learning alternatives for NCE and PDE courses.

As Prince Adefulu arrives at the wonderful age of 75, an age many men simply withdraw from many activities, it is very apparent to anyone close that he is setting new goals which he intends to pursue to positive conclusions. TASCE is one such goal, to restore the institution to her pride of place. For this purpose, Prince Adeyemi Adefulu has burnt himself out seeking solutions to a problem virtually everyone is avoiding. He has turned the fortunes of the College around and restored hope that the College will return to its pride of place.

I urge you all Nigerians to join me in wishing Prince Adeyemi Adefulu a good happy birthday and many more fruitful years in health and enclosed in God’s favour.

FOR THE RECORD: NGE PRESS STATEMENT ON THE DEATH OF PRINCE TONY MOMOH AT 81