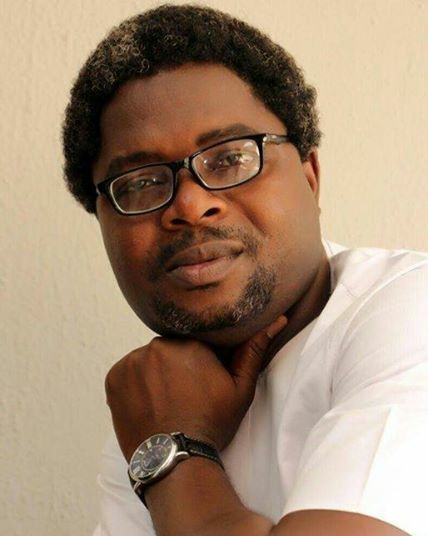 As usual of him, Vice President Yemi Osinbajo is again applying what is called Strategic Lawsuit Against Public Participation – SLAPP to achieve press censorship.

It has been reported online that the VP has links to the collapsed Ikoyi, Lagos 21-storey building.

It was alleged that the developer, Femi Osibona, who was among those who died when the building collapsed, was only fronting for Osinbajo and that he (Osinbajo) even bought another property for his brother in the area, at Mosley Street.

For this, Osinbajo is threatening legal action against Media Houses, Journalists, Online Publishers, Bloggers, WhatsApp and other Social Media Group Leaders, found to have published, re-published or endorsed or consented to the publication, distribution or circulation of any libelous material, of and concerning him.

He is even issuing the threat in advance to anyone who will in future, publish what in his opinion, is libelous against him. In other words, if you are thinking of circulating any report, linking our  almighty Osinbajo with the collapsed Ikoyi building, BE WARNED!

This is not his first time. Last year, VP Osinbajo wrote petition to the police against  Jackson Ude of pointblanknews.com. Over one year after, what happened to the petition?

In 2019, the same Osinbajo, threatened to sue Google over what he called false allegations made against him on a YouTube page. 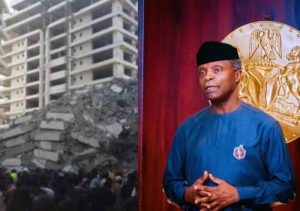 Also in 2019, Osinbajo threatened to sue Timi Frank and Vanguard newspaper over a news report alleging that he mismanaged N90 billion said to have been released by the Federal Inland Revenue Service (FIRS) to the ruling All Progressives Congress (APC) for the 2019 general elections.

The Vanguard story was based on an interview with Timi Frank, a former deputy national publicity secretary of the APC.

After Osinbajo’s SLAPP action, Vanguard apologised to him and published a retraction. But what has happened to the legal action he threatened against Timi Frank?

On this issue of Ikoyi building, our VP Osinbajo is threading the same path of SLAPP. He wants to get Nigerians to be afraid to speak against him, but as usual, it won’t work.

As a student of journalism, who had some level of training in Media Law and Ethics, I understand the use of Strategic Lawsuit Against Public Participation – SLAPP to achieve press censorship.

According to Wikipedia, SLAPP is a lawsuit that is intended to censor, intimidate, and silence critics by burdening them with the cost of a legal defense until they abandon their criticism or opposition.

Kevin M.  Goldberg, in his article titled “SLAPP Lawsuits Pose Threat by Intimidation” which was published by the National Press Foundation on October 6, 2016, posited that; “Someone faced with a SLAPP action generally ends up agreeing to retract their statements, apologize, or refrain from further comment on the matter in order to stay out of court.”

Therefore, from my understanding of this game of political communication, rather than explaining to Nigerians his own side of the story and telling the public those involved in the building, what is being employed again is intimidation to achieve the plot to prevent further publication of negative stuffs against the VP, at least in the mainstream media.

As usual, it will fail because  the Social Media has destroyed their Media Tyranny.

The mainstream media can be intimidated to backout and subject itself to self-censorship, the Social Media is available for prompt and more effective information dissemination.

My name is still Lere Olayinka. I am on the topmost part of Oke Agbonna in Okemesi Ekiti attending the Conference of Irunmales, the tyrants can come here if they wish.