(OPINION) Abike @ 59: Celebrating an Epitome of Excellence with Human Kindness 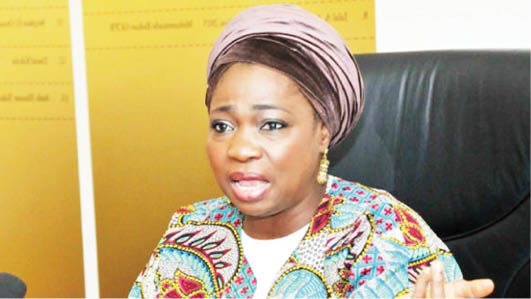 “The greatness of a man is not in how much wealth he acquires, but in his integrity and his ability to affect those around him positively” Bob Marley.

On April 10, 2019, Mr. Ray Ekpu, a Veteran Journalist wrote a piece on “Abike and her Traducers” wherein Hon. Abike Dabiri-Erewa  seems to have walked into the trap of tribal jingoists and they want to eat her raw. Abike’s offence then was to have echoed the names of some five young Nigerians arrested in Dubai, UAE, for alleged robbery of a Bureau de Change and all the names mentioned seem to have come from one ethnic group even though it was Nigerians to the authorities in UAE.

Not too long to that time, Abike mentioned the conviction and eventual killing of a Nigerian lady for drug- related offences in Saudi Arabia whose name sounds like from another ethnic group. Though, she condemned the execution in very strong terms but didn’t disclose the name of the lady. This was a great sin to some compatriots in some parts of the country who accused Abike of discrimination.

The logic of those who are putting Abike in the dock of public opinion seems to go like this; Abike is Yoruba, so she hid the identity of the Yoruba woman killed in Saudi Arabia for drug offence. She probably didn’t like the Igbo. This is far from the truth as this is not the true representative of the personality called Abike Dabiri-Erewa that was born in Jos Plateau on October 11.

Right from her television days at NTA spanning over 15 years, she stood up as a detribalised, passionate, kind and excellent Nigerian impacting positively on mankind irrespective of race, gender, ethnic or religious background.

Examples are abound of many great things she did using her broadcasting prowess within that 15 years. This was transmuted to a great performance when she joined politics and served in the House of Representatives as member representing Ikorodu Federal Constituency from 2003 to 2015.

Again, she touched the lives of many Nigerians through her legislative ingenuity and creativity despite the fact that she was in the opposition party and not holding any chairmanship of “juicy” committees. This was attested to recently by her colleagues in the parliament when she presented a compendium of +600 Diaspora Icons at 60 to both the Senate President, Dr Ahmed Lawan and the Speaker, House of Representatives, Hon. Femi Gbajabiamila, where they extolled her sterling qualities as a lawmaker per excellence and now as Chairman/CEO Nigerians in Diaspora Commission.

I will like at this juncture to share one of her numerous acts of kindness to the general public. It all started in the year 2004 when Hon. Abike Dabiri-Erewa, who was representing the Ikorodu federal constituency at the House of Representatives decided to continue her good humanitarian work through her free coaching lesson in various public schools, this was in a bid to contribute her quota towards poverty alleviation in Ikorodu, Lagos state.

This was also the first of its kind; this epoch also saw many pupils who were excited to be a part of this free coaching lesson which was open to all in the environment, irrespective of ethnic background, gender or race.

After the free coaching scheme, she decided to award the best student with an examination result which was conducted for all in which about 30 students amongst them all came out top and which they were all awarded a scholarship for their entire secondary school period.

Amongst this few selected scholars were these brilliant triplets tagged as the “wise men” who emerged first, second and third in that order amongst a span of over two thousand students who participated in the free coaching lesson.

Due to the crowd the programme attracted and the humongous expenditure, one would have thought that Hon. Abike Dabiri Erewa will limit her sponsorship at secondary school level, of which if she did so we all would say she has done exceedingly well, but the human kindness in her continued that she sponsored the triplets through first degrees and second degrees respectively.

Since the year 2004 that Abike Dabiri -Erewa had bonded with the triplets, they have been doing instrumentally well and have been well placed in the society as Anaele Chukwudi who studied Economics now works with an insurance firm, while Anaele Chima, who studied History and International Relations, works with Nigerians in Diaspora Commission

(NIDCOM) and lastly, Anaele Chiedozie who finished as a Petroleum Engineer is a full time Pastor and General Overseer of a Church.

The triplet have showed great signs of modesty, Godliness and productivity which only shows how impactful the Abike Dabiri scholarship has affected their life and given them a good foundation that was never there in the first place.

From the names of the triplets, it is clear that they are from the South East Region and Christian by faith.

The same compassion is what Abike is operating with at NIDCOM as she had used her personal funds to evacuate some stranded Nigerians from Kenya, South Africa, Libya, UAE, Saudi Arabia and Qatar.

One can say this, Hon. Abike Dabiri-Erewa is not only a humanitarian but an amazon and God sent to many out there. She is a woman of the people who strives for excellence at all times.

Perhaps, this must have informed her winning many laurels and awards both nationally and globally to her credit just as the Photo Journalists Association of Nigeria (PJAN) is honouring her on Oct 21, 2021 in Abuja.

In the letter of nomination, PJAN said they are giving Hon. Abike Dabiri-Erewa the award of “Citizens  Advocate  Ambassador” in recognition of her remarkable and outstanding performance in promoting the interest of the citizens first and country as a whole.

This recognition is also “as a result of numerous achievements you have accomplished since appointed the Chairman/CEO of NIDCOM. You have made an indelible mark on the sands of time as a “Silent Achiever” and this is worthy of emulation.”

What else can one say about this unique personality called Abike Dabiri Erewa (ADE) than to pray for her as she adds another year on Oct. 11 and wish her a blissful birthday.

…Abdur-Rahman Balogun is the Head of Media, Public Relations and Protocols of NIDCOM, Abuja.