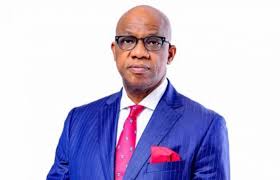 Governor Dapo Abiodun of Ogun State has reacted to reports making the rounds on plans to pull out of Operation AMOTEKUN.

The South West Security Network, christened Op. AMOTEKUN had, since commenced operations in all the six states in the South West.

Reactions have continued to trail the creation of Op. AMOTEKUN which was launched on January 9, 2019.

Governor Abiodun and his Osun State counterpart, were absent at the inauguration of the security outfit in Ibadan; which fueled speculations of their plan to withdraw from the operation.

But, addressing newsmen, in Sagamu, on Sunday, Governor Abiodun denied reports of pulling out from Op. AMOTEKUN.

He said, “All the six western governors jointly subscribed to the security outfit.

“We did not pull out as I was represented at the inauguration of the operation by my deputy.

Governor Abiodun added that his state has donated 20 operational vehicles to the initiative.

We will not take armed forces for granted –Osinbajo