Ooni, Sultan, others to back govt on security 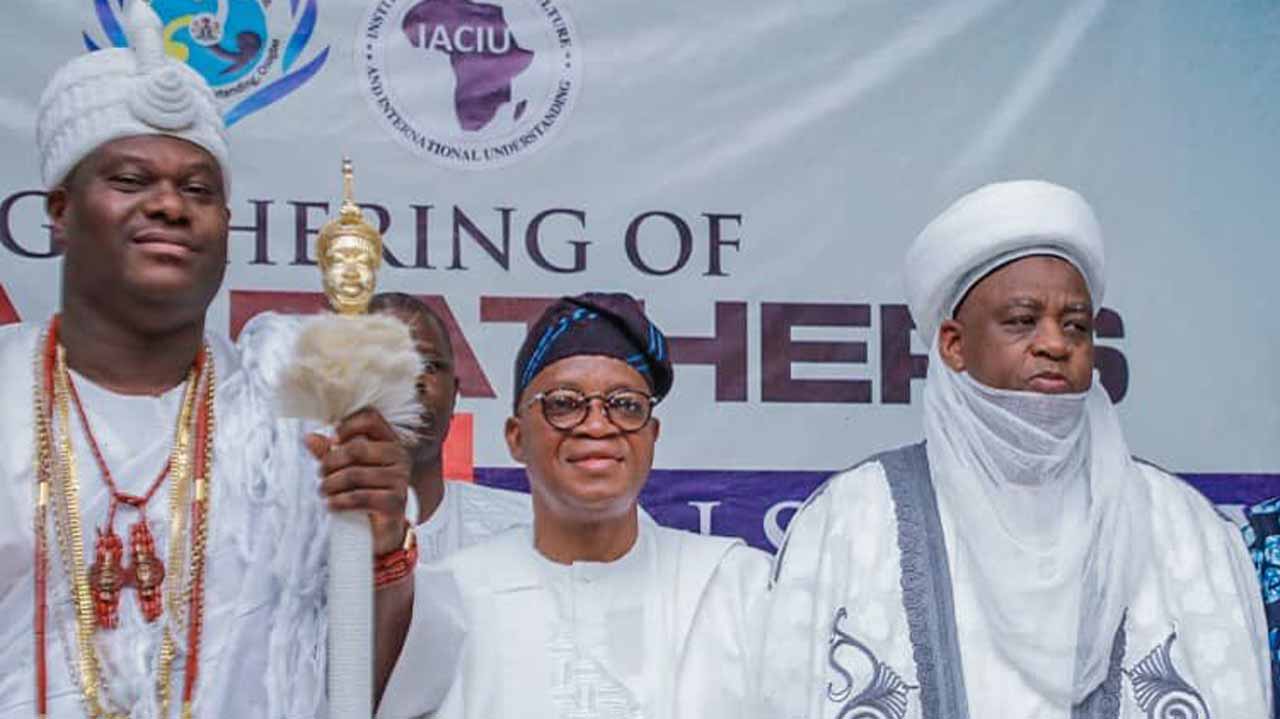 The Ooni of Ife, Oba Ogunwusi and the Sultan of Sokoto, Sa’ad Abubakar III, have expressed the readiness of traditional rulers to partner the Federal Government in tackling the security challenges in the country.

They also advocated good governance as key to ending the challenges that range from killings to insurgency.

The two foremost monarchs spoke during a National Summit on Security and Insecurity in Nigeria at the Centre for Black Culture and International Understanding, in Osogbo, Osun State, on Wednesday.

Ooni Ogunwusi, who described security of lives and property as fundamental to existence, stressed the need for government to return security matters to traditional rulers for effective and efficient policing at the grassroots.

He also advised political leaders who are unable to protect the lives and property  of the populace to allow competent hands take over.

The Ooni said, “It about time for us to know the real role of the natural rulers across the entire county of ours. It is about time for the government to give us that opportunity to do it the way our ancestors were doing.

“We are willing now to work with the government. The traditional rulers understand the dynamics of everything, especially the kingdom we are. So, now we should be talking about the solution. Enough of talking but a solution.

“We traditional rulers should now come together. A good example is the Southwest Security Network, code named ‘Amotekun.’.

The Sultan noted that without justice, a nation can’t have good governance.

“We need to rise to the occasion things are really bad. If you keep quiet and don’t get up to see how we can help our political leaders on this issue, then we are part and parcel of the problem when you keep quiet in the face of injustice. And Almighty Allah would ask you on that day when you have nobody. how you have used your position to help the common man.

“And if you have no answer God has a way of rewarding you and I don’t pray for that for anyone. So we should speak out the truth all the time without being afraid of a governor or local government chairman or chairman of the traditional council threatening you. If you are convinced speak out and stand by it.

READ ALSO: http://Appointment of Perm. Secs’ll now be based on exams – Sanwo-Olu

“I have always said that the problem of this country is us, the elite. If we want to deal with these problems, we can do it. We have always used the common man who doesn’t have anything to get what we want and lord it over them. I urge the elite to visit graveyards to see their rich predecessor and understand that no one would depart this world with anything.”

Governor of Osun State, Gboyega Oyetola, called for a holistic approach to end insecurity in the country.

Oyetola said for the country to overcome the menace, security agencies must collaborate with the traditional rulers, sensitise and encourage the people to provide intelligence and expose the criminals in their domain.