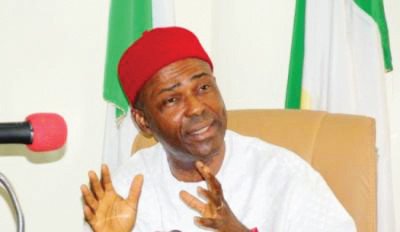 The Minister of Science and Technology, Dr Ogbonnaya Onu , on Tuesday in Abuja, inaugurated a nine-man committee to investigate the causes of building collapse in Lagos and Ibadan.

The science minister said that the committee has two weeks to carry out the job and proffer effective recommendations.

According to him, incidences of building collapse have become huge source of concern to Nigerians, especially
professionals in the construction industry.

He said “the impact of building collapse affects the entire human fabric, causing psychological trauma,loss of lives and properties and government revenue.

“Also, citizens will be rendered homeless and some victims suffer permanent disabilities.

“Hence, there is  urgent need to stop this ugly trend by investigating the root causes and making appropriate recommendations.”

Prof. Samson Duna, the Chairman, Committee on Investigation of Building Collapse in Lagos and Ibadan, said that
the committee would work hard to produce the required effective recommendations.

“We will ensure that we get to the root causes of the problem and proffer practical and implementable solutions that will go a long way to
forestall future occurrence.”

Duna commended the minister for the efforts toward impacting positively in the areas of Research and Development. (NAN)