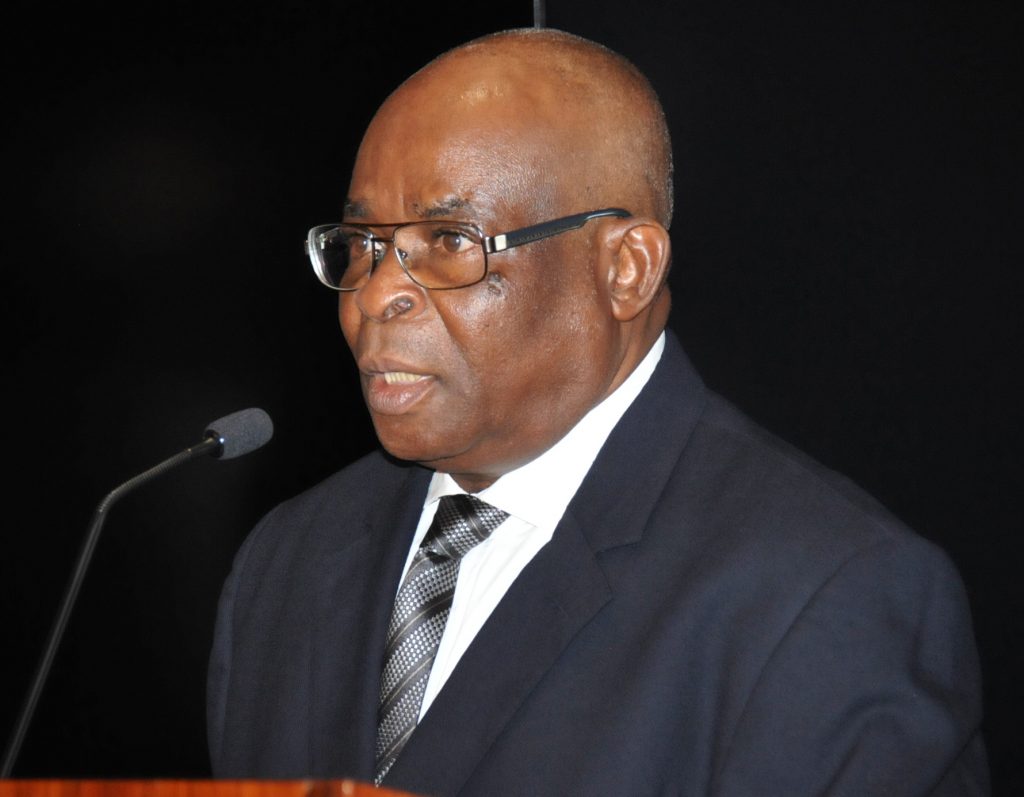 The Living Faith Church, popularly known as Winners Chapel has established a tradition of choosing a ‘prophetic theme’ from which greetings are even coined for members at the end of every year. For the 2017, the church had chosen ‘My Case Is Different’ as its theme and first stanza of greeting among members.

Justice Walter Onnoghen, who in the face of different allegations of improprieties, threw in the towel after about two years at the helm of the Nigerian judiciary last Friday is not a member of Living Faith Church.

But as he goes into the forced retirement and begins quiet contemplation of the sad turn that led to his untimely exit from the bench in the days ahead, one question that will continue to come up in his mind is ‘why is my case different.’

And indeed, Justice Onnoghen ‘case’ is different in many ways. With his resignation last Friday, Onnoghen became the only head of judiciary, at least in recent times, that left the exalted office of the CJN before he hit the retirement age.

His assumption of the position of the CJN was also not devoid of controversies. Unlike most of his predecessors who had seamless take-over as the next in line to the retiring CJNs, Onnoghen’s name was sent to the Senate for confirmation four months after he was recommended by the National Judicial Council to succeed Justice Mahmud Mohammed.

Onnoghen spent over three months, which began on November 10, 2016 as the CJN during which there were even suggestions that he could be overlooked for the position in favour of an outsider.

Some lawyers, including some appointees of the President, had advocated for jettisoning of the tradition appointing the next most senior Justice of the Supreme Court as CJN for an outsider, preferably,  a senior lawyer as part of the moves to curb corruption in the judiciary.

The suggestion provoked not only controversies, but led to allegations of ethnic bias against President Muhammadu Buhari.  Onnoghen is the first justice on the Supreme Court bench from the southern part of the country to be in line for appointment as CJN since Ayo Irikefe retired from the position in 1987.

The obvious delay was also in spite of the fact that Onnoghen was also among  the three justices of the Supreme Court who on 12, December, 2008 in a dissenting judgment, held that the allegation of substantial non-compliance with the Electoral Act 2006 was proved in the petition filed against the result of April 21, 2007, presidential poll by President Buhari, the then candidate of the All Nigeria Peoples Party, ANPP.

The three justices, including Aloma Mariam Mukhtar, who later because a justice of the Supreme Court, Justice Oguntade had consequently annulled the election, though the panel eventually dismissed the ANPP petition in a 4-3 split decision as lacking in merit. But some commentators had linked the appointment of Oguntade who retired from the Bench in 2010 as Nigerian high commissioner to the UK in 2017 to the dissenting judgment he delivered in his favour in the petition against the 2007 presidential election.

This suspicion that the President was rewarding judicial officers who had delivered judgments in his favour was further heightened with the President’s appointment of 82-year-old Justice Sylvanus Nsofor, a retired justice from the Court of Appeal as ambassador to the United States on November 13, 2017. Nsofor was the dissenting vote in a three-man panel in the petition filed by Buhari also as the presidential candidate of the defunct ANPP against the declaration of Olusegun Obasanjo of the Peoples Democratic Party as the winner of the 2003 presidential election by the Independent National Electoral Commission, INEC.

But in the case of Onnoghen, the President was literarily goaded to take action that will ensure he occupied an office he is even constitutionally entitled to.  And when the opportunity was presented, the President did not hesitate in using the big stick against him.

The President had on January 25 suspended Onnoghen as the CJN. This followed arraignment of the Onnognen on a six-count charge bordering on failure to declare some of his assets before the Code of Conduct Tribunal.

The President claimed he acted on an ex-parte order granted by the CCT based on the application by the Federal Government to suspend Onnoghen pending the determination of the trial.

Apart from the allegation of failure to declare assets, the President had also claimed that “the security agencies have since then traced other suspicious transactions running into millions of dollars to the CJN’s personal accounts, all undeclared or improperly declared as required by law.”

He also accused the suspended CJN of working against the anti-corruption war of his administration. The President subsequently swore in Justice Ibrahim Tanko as the acting CJN.

The suspension of Onnoghen and the appointment of the acting CJN generated controversies, which necessitated the intervention of the National Judicial Council, the highest regulatory body in the country.

The NJC had also in the course of its investigation received petitions from the Economic and Financial Crimes Commission, EFCC, detailing various allegations of corrupt practices against him. Reports indicated that in his defence before the NJC, Onnoghen denied all the allegations.

He had also closed his defence at the CCT and the tribunal is expected to give its judgment at the next sitting on April 15. But the NJC had after studying the petition against the suspended CJN by the EFCC recommended his compulsory retirement in a report sent to the President also last week. “Yes, he resigned yesterday,” Onnoghen’s lawyer, Adegboyega Awomolo was quoted as confirming the exit of the CJN from the highest position on the Nigerian bench on Friday.  The resignation took immediate effect.  “He said he resigned in the interest of the Judiciary,” he added. However, what is sure is that Onnoghen’s exit will spark controversies that will continue for a long time.