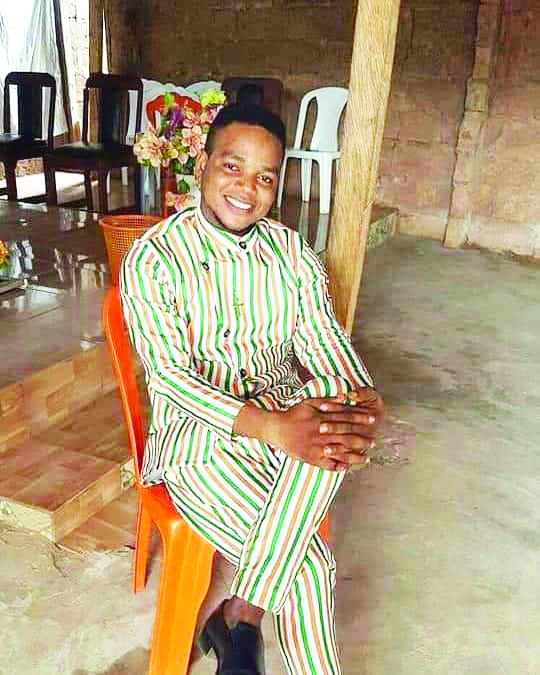 The Edo State Police Command has nabbed a pastor, Marvelous Odalo (aka Eranto Eranto), the General Overseer of Mega Charismatic Fire Ministry, for allegedly abducting a 15-year-old girl (name withheld by us), in the state whom he defiled, impregnated and aborted the pregnancy.

This is happening barely one year after the said pastor was arrested by the state government for his alleged role in trafficking a 22-year-old girl from Edo State to Russia in September, 2018.

The controversy surrounding the recent event has generated a lot of interest, as it was alleged that the pastor, has been using his contacts to intimidate the victim and his father.

After allegedly defiling and impregnating the girl, Odalo was said to have abducted her and aborted the resultant pregnancy in an undisclosed hospital in Ekpoma with the help of his sister. It was further alleged that that post abortion complications were spotted in the scan conducted on the victim.

The suspect was reportedly arrested by the Uromi Divisional Police Station and was detained by the IPO. But in apparent twist, the Divisional Police Officer (DPO), in charge of the station, allegedly ordered his release after receiving calls from the office of the Special Anti Robbery Squad (SARS), Benin Office.

Upon his release, Odalo, it was gathered, sent some SARS officers from SCIID, to effect arrest of the victim and her father. Both were taken away and were allegedly detained by the SARS officers.

According to our source, who preferred not to be identified, the suspect had been having carnal knowledge of the girl after church service.

It was first reported in September 2018, that the pastor was arrested for his alleged involvement in human trafficking. He was arrested alongside his accomplice by the Edo State Taskforce Against Human Trafficking for conniving with a sponsor in Russia to traffick a 22-year-old girl from the state.

The state government had issued a statement, saying that the arrest was prompted by a tip-off from the victim. The statement added that the victim had returned to Edo State from Russia, saying that she was deceived by the pastor and her sister.

She had said: “The pastor asked me to stand on top of a white handkerchief and N1,000 on the altar. He asked me to repeat what he was saying and that if I refused to pay my madam, something bad would happen to me.”

She alleged that she was asked to pay $50,000, adding that she they told her that she was going to meet a madam in Russia, whom she would assist in domestic chores.

“They told me that I was going to meet a woman, who was pregnant in Russia and that I would assist her with domestic chores. They said I would also be working as a stylist in a salon, that I would pay them that amount since the work would be yielding money. I never knew that the lady was neither pregnant nor married. When I got there, I was forced to engage in prostitution, which I refused.”

The victim was rescued by the Edo State government, after she was introduced to an aide to the governor on human trafficking, Solomon Okoduwa. Odalo was also arrested through the governor’s aide and handed over to the Special Investigation Unit attached to the Government House for further investigation.

Following the recent arrest of the pastor, Nigerians are calling for proper investigation and possible prosecution of the suspect.

A police source at the SARS office, Edo State, who spoke anonymously, told The Nigerian Xpress that the victim and father had been released to go home, following the order of the IGP. He added that the pastor had been detained.

The reporter sent an email to the National Agency for the Prohibition of Trafficking in Person (NAPTIP), Benin Command, through their portal at naptip.gov.ng, inquiring how the pastor was released from the first crime.

In his reply, Mr. Nwanne said the case was not investigated by the Benin zonal office. He maintained that the Special Investigation Unit attached to Edo Government House would be in a better position to know about the matter.

The message noted:  “In response to your mail, our suspects record  has been checked and we can state that no case, involving this suspect was investigated in the Benin Zonal Command of NAPTIP. The suspect in question was never arrested by this Command as well. The Special Investigation Unit attached to the Government House, Edo State, which you referenced in your email, would be in a better position to give you an update on this matter.”

Also, the reporter sent text message was sent to the Police Public Relations Officer (PPRO), for Edo State Command, DSP, Chidi Nwabuzor, to confirm the recent report but was yet to get reply by press time.

Semen leakage cause of impotency in men- Sexologist