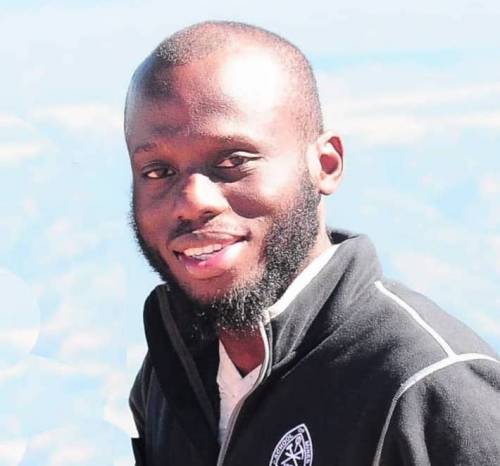 Son of Governor Rotimi Akeredolu of Ondo State, Babajide Akeredolu, has threatened lawsuits against the deputy governor of the state, Hon. Agboola Ajayi over what he called ‘false accusation’.

The younger Akeredolu had claimed that the deputy governor alleged that he siphoned the sum of N433 million from the State’s coffers.

Babajide, who described the allegation by the as ‘malicious’ and deliberate attempt to malign his person, urged the deputy governor to strip himself of immunity in order to prove his allegation in court.

Hon. Ajayi had dumped the All Progressives Congress (APC) and got the governorship ticket of the Zenith Labour Party (ZLP) to contest the October 10 election with Governor Akeredolu.

Ajayi had, last Saturday, during his flag-off campaign, in Ore, Odigbo council area of the state, alleged that the governor’s son benefitted from the N4.3 billion lodged in a secret account for over ten years by the past administration.

Ajayi sldo alleged that the governor’s son was paid N433 million from the money under the pretense of the consultancy fees. While vowing to take the issue up with the deputy governor, Babajide disclosed that the move by Ajayi was made for political gain, which he described as not only wicked but treacherous and false.

Babajide said, “This deliberate, malicious and mendacious statement has been making the rounds online and on social media platforms.

“The unsubstantiated claim and accusation, designed to mislead the general public and calculated to malign my person for clear political gain, is not only wicked, treacherous and false but clearly most defamatory.

“The allegation, which has been making the round without a face to it has been refuted by the state government when it first surfaced.

“While I find it imperative to state unambiguously that I do not hold any political office, it is evil and most wicked to make such an allegation that exists mainly in the minds of Hon. Agboola, the ZLP candidate, and his ilk against me.

“I state with emphasis that it is the greatest disrespect and intentional distortion of facts for the said Gubernatorial candidate of the ZLP to state inter alia that I siphoned Four hundred and thirty-three million naira of Ondo State’s funds under the disguise of consultancy fees.

“This allegation which I deny can only come from someone so lowly and frivolous and unexpected of anyone who holds the high office of a Deputy Governor.

“The statement by Hon. Agboola Ajayi was calculated to disparage my person and credibility and it has caused severe damage to my reputation and professional interests.

“ln light of the above, I have instructed my lawyers to institute legal action against Hon. Agboola Ajayi to claim full damages for the harm the false and malicious statement he made has done to my reputation. He must prove this allegation in the court of law.

The governors said, ” lf there is any modicum of honesty in the ZLP candidate, I expect that he shows clear willingness to do the honourable thing by stripping himself of his immunity and accept the court process and prove his claims in the court of law.”