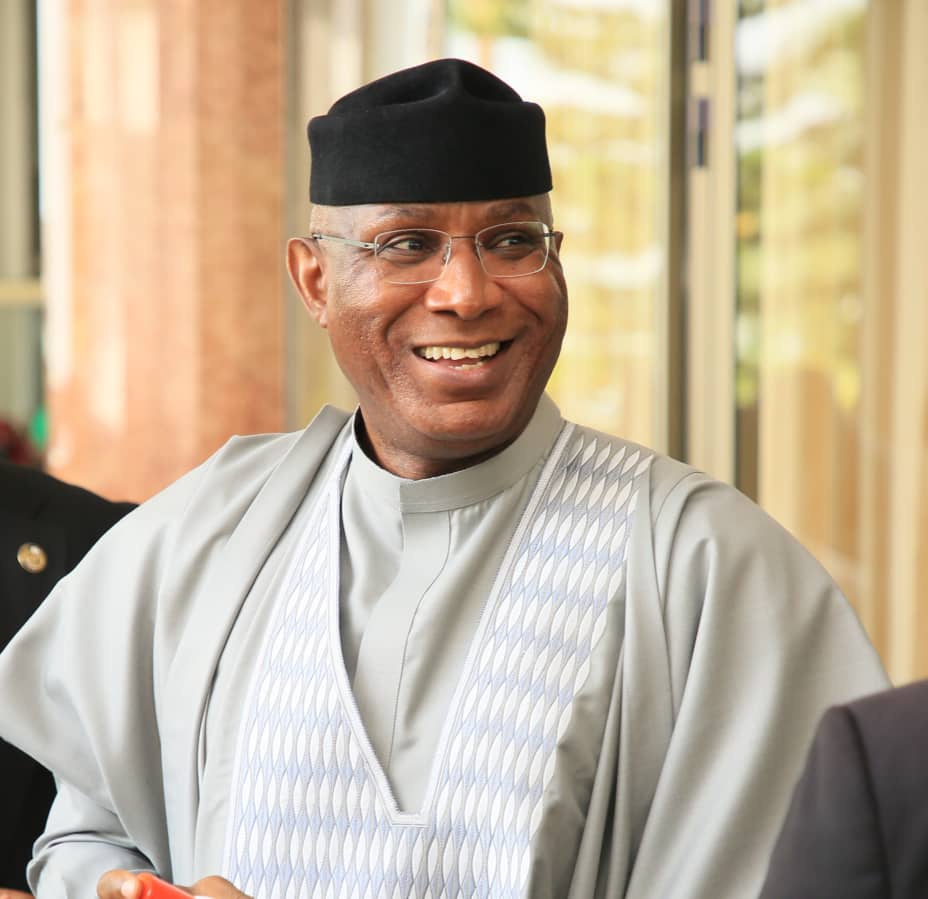 Candidate of the All Progressives Congress (APC) in the forth-coming Delta State gubernatorial election, Sen. Ovie Omo-Agege, has named a former Minister of Niger Delta Affairs under the former President Goodluck Jonathan, Elder Godsday Orubebe as the Director-General of his Campaign Organisation.

Elder Orubebe had, in June this year, dumped the Peoples Democratic Party (PDP), citing the party’s decision to dump zoning as reason for his action.

Elder Orubube, who made his decision public in a letter addressed to the PDP National Chairman of the PDP, Dr. Iyiochia Ayu, had expressed dismay over the emergence of a Northerner, Alhaji Atiku Abubakar, as the Party’s presidential candidate for the 2023 general elections.

In a statement on Wednesday, the APD gubernatorial candidate in Delta State had said that Orubebe with his appointment as the Director-General of APC Campaign Organization, would bring on board a towering wealth of experience and that he would oversee all ramifications of the campaign for the mandate of Deltans in the 2023 governorship elections.

According to Omo-Agege,  “Orubebe shall, side by side with me, lead critical engagements and drive consultations, and by his renowned robustness, up the ante for the opposition People’s Democratic Party (PDP). Together with the rest of the team, we shall show PDP the way out of Government House come May 29, 2023.”

In a statement signed by the Director, Communications and Media Strategy, Delta APC Gubernatorial Campaign Organisation, Ima Niboro, the Delta APC gubernatorial candidate for next year’s election said, “The selection of the Ijaw-born politician was very straightforward given his knowledge, capacity and pedigree.

“Bringing him on board strengthens the campaign organisation straightaway, and builds a strategic redoubt of crucial stakeholders at the grassroots for the contest ahead.

“When news of Elder Godsday Orubebe’s resignation from the PDP filtered in, June, our campaign organisation applauded him for toeing the path of progress and enjoined him to pitch tent with progressives in the APC, and help in the task of taking over Government House come 2023.

“I am proud to announce that he heeded that call and joined our party, the APC, in his ward at Burutu Local Government Area.

“He will be bringing to our campaign organisation his vast reach at the grassroots, as well as at the state and federal levels, having been a supervisory councillor and chairman of local government, a state party chairman, and a two time minister of the Federal Republic.

“Orubebe was born June 6th 1959 at Ogbobagbene in Burutu Local Government Area in Delta state. He attended the University of Lagos, where he earned a B.Sc. in Political Science in 1985.

“He later attended Ambrose Alli University, Ekpoma, where he obtained a master’s degree in International Relations.

“He later became the Minister of State for Niger Delta Affairs when the ministry was created in December 2008.

“When he eventually became full fledged Minister of that ministry, one of his key achievements was to drive the construction of the East/West Highway in a rapid fast track.”

Under his watch, the ministry constructed 38 out of 42 bridges, and over 900 culverts of the 1000 designed for the road.

“Orubebe was also at the forefront of negotiating peace with Niger Delta militant groups which had brought crude oil production in Nigeria down to less than 400,000 barrels a day from over 2.5 million barrels, in protest of perceived social, economic and environmental injustice in the region.

“Working with then Vice President, and later President Goodluck Jonathan, he shares the credit of instituting the Niger Delta Amnesty Programme, which successfully won the hearts and minds of most Niger Deltans and brought peace to the region.

“Orubebe resigned from office in February 2014 to contest for the governorship of Delta State in the build up to the 2015 general elections.”