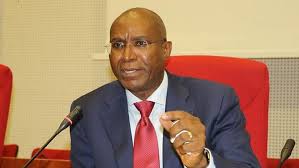 A statement issued by his Special Adviser on Media and Publicity, Mr. Yomi Odunuga, described their death in a road accident as devastating, coming so close to the Yuletide season.

“I feel very saddened by this disconcerting news and the burden of grief caused by the untimely passing of four staff of the Akwa Ibom Newspaper Corporation, publishers of ‘Pioneer Newspaper’.

“I commiserate with affected families, members of the NUJ and the Akwa-Ibom state government over the ghastly accident that took four lives and left others injured on Wednesday evening.

“It is even more saddening to know that they were returning after brotherly felicitations with their colleague whose marriage ceremony took place at Ekpene Ukim, Uruan Local Government Area of the state.

“As I counsel the newly-wedded couple against guilt feeling over this great loss, I commend the Akwa-Ibom State chapter of the NUJ for their sensitivity in suspending other activities earlier scheduled as part of their ongoing Press week.

“I pray for the speedy recovery for injured ones and for divine grace for all members of the Pioneer Newspaper Chapel, the Akwa Ibom state chapter of the NUJ and the national body; please accept my heartfelt condolences,” Senator Omo-Agege stated.