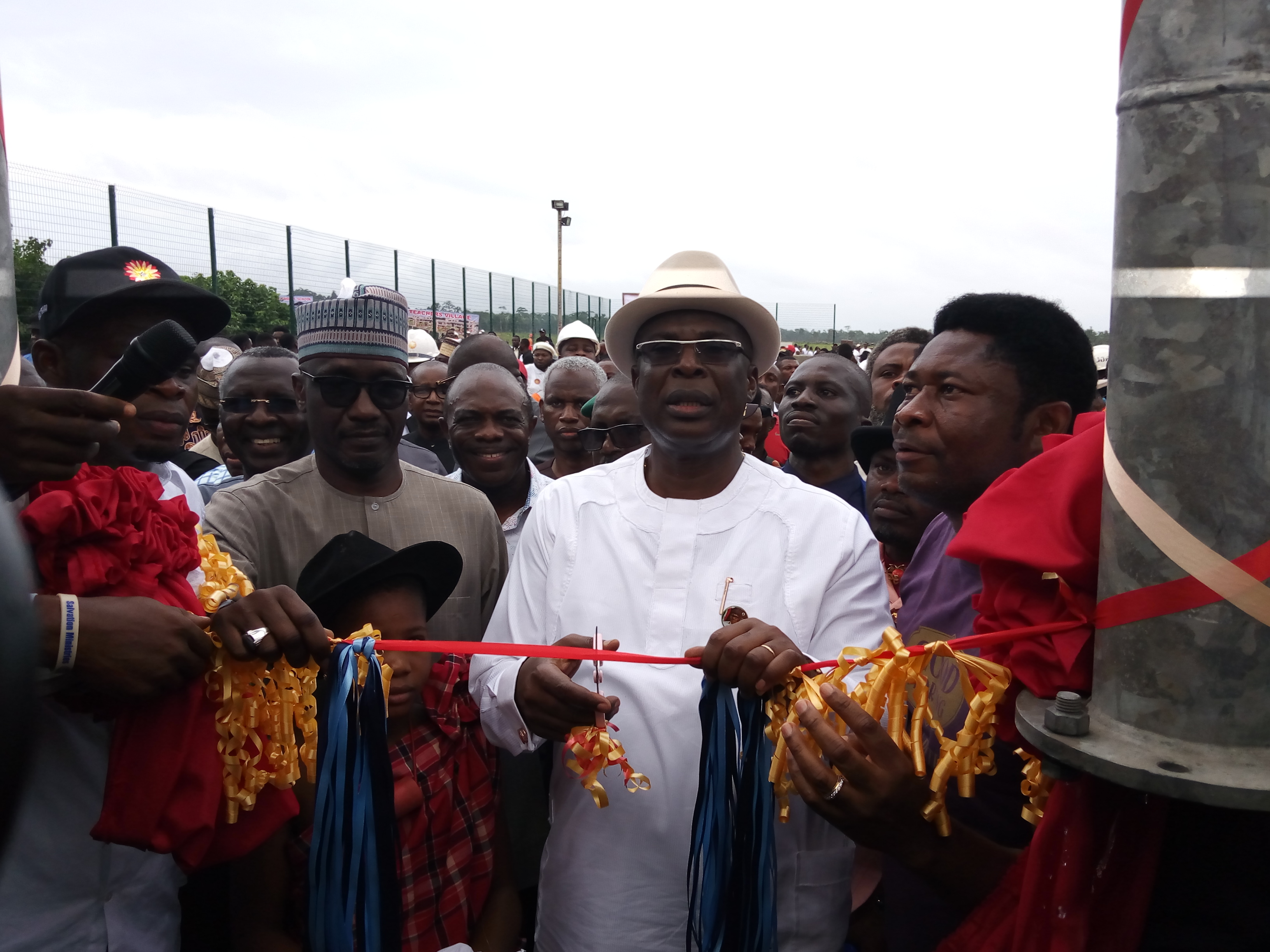 Activities on Oil Mining Lease,  OML, 25 is now set to commence two years after the Flow Station was shutdown due to a protracted dispute between Shell Petroleum Development Company, SPDC and the Host Communities.
It would be recalled that recently there was a peace agreement brokered by the Group Managing Director of NNPC and the new Minister of State for Petroleum Timipre Sylva between Shell and an indigenous company, Belemaoil Producing Limited.
The peace agreement had that it while Shell retain the Operatorship License of the oil facility, Belemaoil will control Maintenance, Operation, Employment, Contracts and Surveillance jobs while the companies will jointly handle the developmental needs of the Host Communities.
READ ALSO: Ekiti APC postpones LG primary over alleged security concern
Founder and President of Belemaoil, Engr. Jack-Rich had stated after the meeting that “the agreement enables Belemaoil and Shell to work together, Shell remains the License Owner, remains the License Operator, Belemaoil will be responsible for Operation and Maintenance, Belemaoil will employ the personnel in the entire field, Belemaoil will ensure that all the Surveillance and Patrol Services are carried out in the field. Belemaoil and Shell will jointly work with the Host Communities to understand their developmental programmes and needs and ensure that they are carried out to the satisfaction of the communities. It is a critical deal, it is a win-win deal were everybody is happy. The GMD of NNPC made this happen at the instance of the Federal Government. While this issue lasted everyone was hurt, the government were hurt, the communities were hurt, all stakeholders wanted this resolved amicably. The outcome of the peace deal enables all parties to be happy”.

Meanwhile,it was a jubilation on Saturday as the host community women have agreed to vacate the flow station and gas plant for commencement of activities.

Addressing the women during his visit to the area,  the Minister of State for Petroleum, Timipre Sylva, urged them to allow flow of activities, assuring that their interest and agitations will be met with the current development

As at the time of this report,  the grand breaking ceremony of new Kula city was on with the presence of Minister of State for Petroleum and other international,  Federal and state dignitaries at the occasion.