...Describes Current Rivers State House of Assembly as a ‘Congregation of Morons’ and unfit for public office 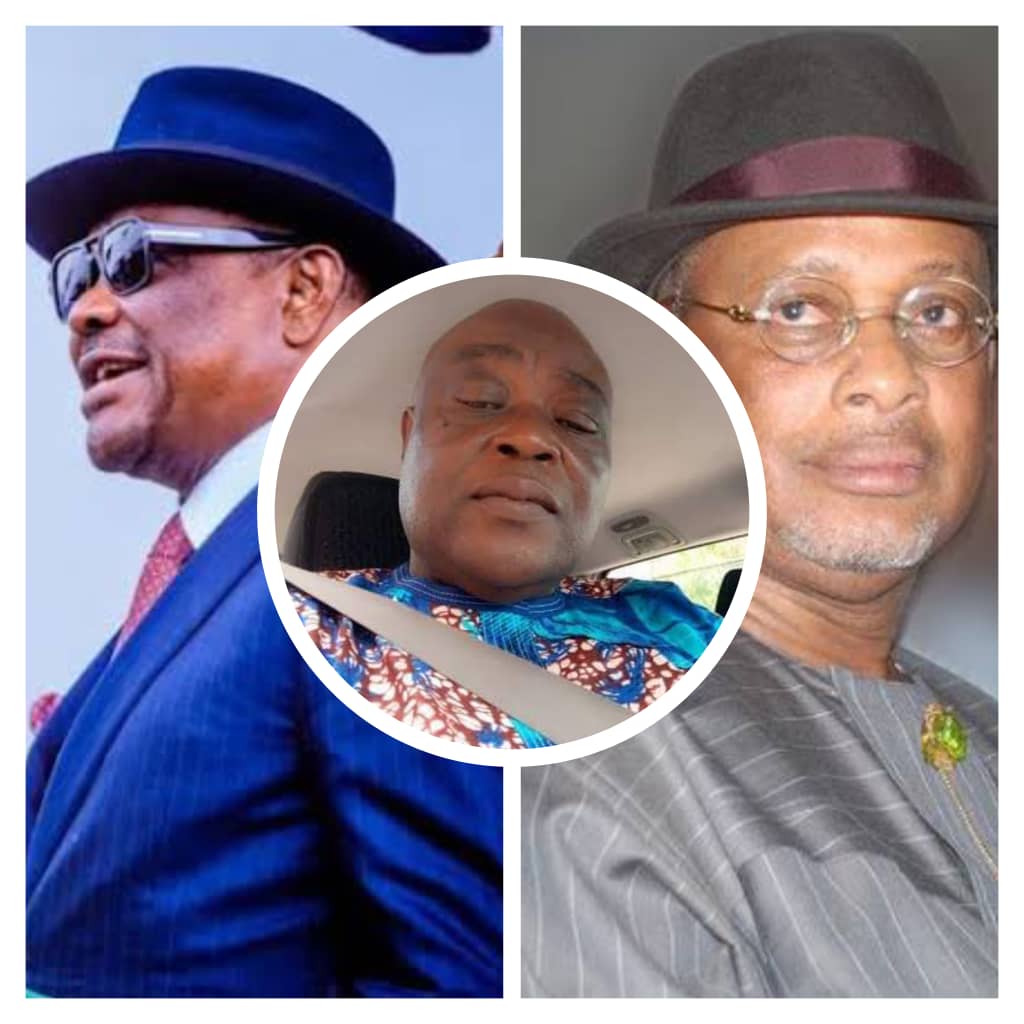 .Urges the Supreme Court to order for their arrest on contempt of her ruling

Erstwhile National Publicity Secretary of the defunct New People’s Democratic Party (nPDP) and chieftain of the All Progressives Congress, Chief Eze Chukwuemeka Eze has remarked upon the buzzing twist of event in the trending Rivers politics which has turned towards Sir Celestine Omehia, apparently, but not actually a former Governor of Rivers State by virtue of the Supreme Court decision in the celebrated case Amaechi v INEC decided in 2007.

The apex court was emphatic  on the status of Celestine Omehia, to wit, he was never a Governor as he merely held briefs for Amaechi within the six months period he held sway as Governor. That means every action he took and all decisions he made were credited to Amaechi on whose stead he acted.

In a statement made available to media houses in Port Harcourt, the party Chief states that during the pendency of the case at the apex Court, Gov. Nyesom Wike was in the circle of those furnishing Rt. Hon. Amaechi with a bit of daily updates on the matter until judgment was given, because the gloom of apprehension that engulfed the entire political hemisphere was palpable and in fact bloody and that forced Amaechi into self-exile in Ghana.

Though a layman, Chief Eze said it is common knowledge that decisions of a higher court, are law automatically and must be relied upon as binding precedents to the courts below. And by that decision, it is the law that Celestine Omehia was never a Governor.

In the spirit of responsibility and respect to the law, Amaechi complied with the decision of the court on the status of Celestine Omehia, after a thorough briefing from law experts on the subject until the end of his tenure in 2015.

There was however a sudden turn of events after Nyesom Wike took over power as Governor. In his usual custom of flouting laws with impunity, he hurriedly lobbied the members of the Rivers State House of Assembly, who can at best be described as stooges, to cook up a legislative process to recognize Omehia as a former Governor to enable him enjoy the rights and privileges that accrue to men of that status. The Governor used the instrumentality of the state assembly as flavour to garnish his unlawful act and until their relationship turned sour, Omehia enjoyed every benefit befitting a former holder of the office of Governor of Rivers State.

All of these, the Governor did to demonize Amaechi and send a wrong signal to the public that the former Governor was evil. And his strategy worked for him in the congregation of his praise singers and gullible followers who can barely differentiate right from wrong.

Lampooning the Rivers State House of Assembly for performing below average, Eze said it s indeed shameful for members of the state assembly whom he described as ‘very old and irresponsible bigots with no minds of their own and with very poor senses of reasoning’ to congregate last week on the orders of Gov. Wike and at the expense of public fund, to deliberate on a motion paper that purportedly sought to de-recognize Sir Celestine Omehia as former Governor, who by virtue of law was never a Governor.

Rivers people must understand the fact that the law purportedly made to recognize Omehia as former Governor is inconsequential, illegal and has no basis in the Nigerian jurisprudence as it is in gross conflict with the unambiguous Judgement of the Supreme Court. In order words, what Omehia has been receiving from Wike is best said to be ex-gratia pension payments and cannot be on account of Rivers money. Same way the Governor’s profligate financial gifts to Sokoto, Akwa-Ibom, Bayelsa, Benue etc, which run into billions cannot be on account of Rivers resources because those expenses could not have been mandated by the suffering masses of Rivers State who can hardly afford two square meals per day under the biting economy.

Assuming Omehia received the said amount of pension benefits from the coffers of Rivers State, it is important for Rivers people to demand a refund of the said amount from Gov. Wike who incurred such humongous liability to the state while on the frolic of his own.

Those moronic members of the Rivers State House of Assembly who have succeeded in killing the essence of a legislative arm of government should be forced to refund to the state coffers the amount they received as sitting allowances while lazing about in the name of ‘recognizing and de-recognising.’

As a matter of fact, no case can lie against Omehia because he never misrepresented himself to the state Government as a former Governor because as a Lawyer, he knows he is not one. And the judgement of the Supreme Court is a public document and so the lettered public is averse with the fact contained therein.

Omehia was on his own when he was invited by the busybody-Gov. Wike who began showering him with gifts of very fat sums running into multiple millions.

And a gift ‘inter vivos’ given without misrepresentation or any negative factor cannot be rescinded. Omehia does not owe Rivers State a dime but Wike.

The Governor (a Lawyer and member of the Body of Benchers) and everyone around him know that there is a subsisting law (Supreme Court judgment) de-recognizing Omehia as former Governor, yet they threw the law to the dogs and connived to do their illegal bidding and when the pendulum tilted northward, they cried foul, ran back to the Supreme Court Judgment which was of very little or no consequence to them. In saner climes acts of such nature as exhibited by Wike and the members of the State House of Assembly  viz., usurpation of the powers of the courts and disobedience to their judgements amounts to contempt and carries with it some weighty consequences. But whether as a member of the Body of Benchers, Gov. Wike will still enjoy immunity from legal proceedings arising from acts of lawlessness and blatant disobedience to the judgement of the highest court in the land when he leaves office is a question left for law and law officers. Nigerians are looking forward to seeing all the actors in this broad day rape on law and justice have a day in court with Rivers people.

YOU MAY ALSO LIKE: http://Dwindling Revenue: NNPCL to defer payments to fuel importers for 3 months

It must be noted clearly that the Governor is and has never been on the path of justice.

The party Chief reminded the Governor and his legal advisors of the famous legal maxim “EX TURPI CAUSA NON ORITUR ACTIO” meaning that, “No action can arise from an illegal act”. In other words, “…no court will lend its aid to a man who founds his cause of action upon an immoral or an illegal act”.

The same Governor who is parading himself all over the media space asking for Ayu’s head in the name of championing justice for the south is himself unjust.

Chief Eze stressed that Gov. Nyesom Wike should be held to refund to Rivers people the money he paid to Omehia on the basis of ex-gratia in the pursuit of his selfish private vendetta while members of the state assembly should refund with interest all what they received as sitting allowances during the recognition and derecognition sittings which amount to mere frivolity while the Supreme Court should set in motion how to address the contempt of her ruling on Governor Wike and members of his Jesters in the State House of Assembly.